Is kids’ sport too expensive in Canberra? 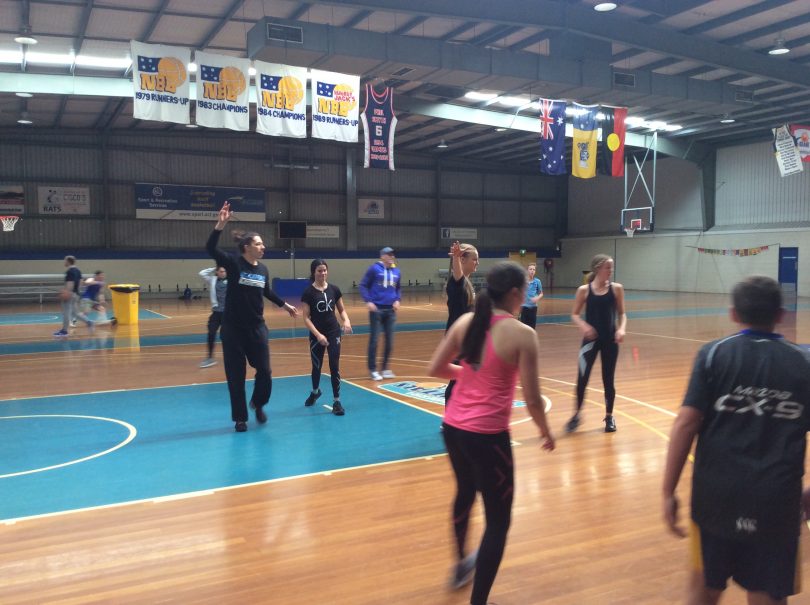 An exhibition basketball game as part of the launch of Every Chance to Play. Photo: Tim Gavel.

The story of a single mother bringing up three children, living in poverty in Canberra, is one that brings home the need for the many charity services for the disadvantaged in our city. Within this family, the idea of paying registration fees for the kids to play sport is a distant dream compared to the need to cover the basics of rent and food.

Being able to pay the registration fee for organised sport is a major barrier for struggling families in Canberra. Fees ranging from $100 to $400 are commonplace to play sport, and that is before even contemplating the uniform and equipment required in many sports.

So what is the solution? How can we get more kids playing sport if the cost is prohibitive? For many families on a reasonable income, there is often a perception that the cost of registration for kids’ sport is too high. Imagine what it must be like for struggling families.

For years people in Canberra have talked about setting up a fund to support struggling families to get their kids into sport. Grant and Matt have taken the ball and are running with it.

To get to this point, Grant and Matt needed assistance to set up the fund as well as sponsorship to ensure funding was there to cover the cost of registration fees for kids wanting to play sport. Next was the vetting process to identify families most in need of assistance from an organisation such as Every Chance to Play. 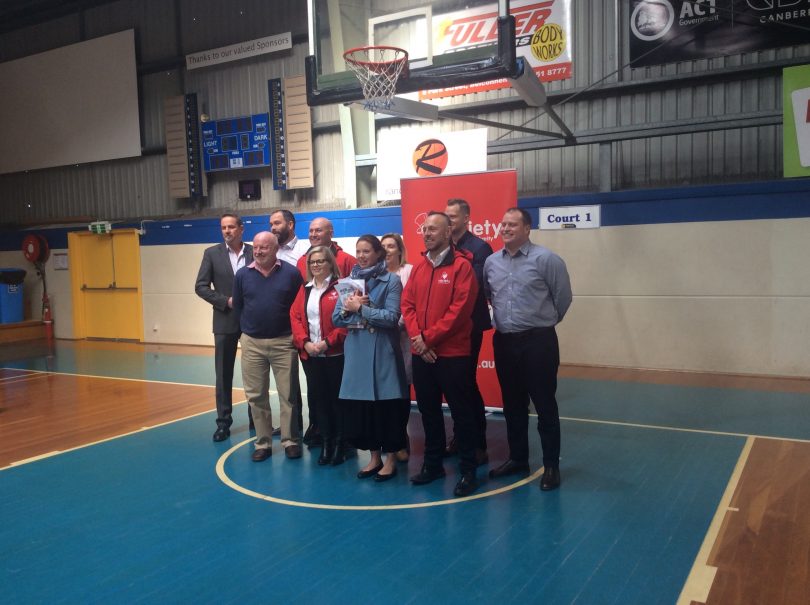 Every Chance to Play launch in Canberra. Photo: Tim Gavel.

I first came across Bill Caddey a number of years ago. He has worked in this space for a long time and he has helped identify the families who could best make use of the charity.

Some have been reluctant to accept the support offered by Every Chance to Play, but already there have been many success stories.

In one case, a young girl from a family who had moved from Pakistan was keen to play sport, but the cost of registration fees was prohibitive. No member of her family had played organised sport in Australia but she wanted to play rugby league.

There were cultural barriers to overcome as well as the cost. For example, she had a requirement to wear a hijab on the field when men were present. Every Chance to Play fitted her out with the right gear and registered her with a local rugby league team. The latest report from her mother is that she loves playing rugby league alongside a number of friends from her school.

I’ve heard also about a netball team in Tuggeranong that has worked wonders to overcome social barriers. Every Chance to Play organised for two children to gain the opportunity to play netball. The children were driven to the courts by their mother but were reluctant to get out of the car and take part. The netball club in question made sure that the kids felt welcome to play. Other players from the club did the encouraging and by all reports, it has been a tremendous success. This success is not just because of assistance in paying registration fees but also because of the warm embrace from the sporting club members.

I have heard of other examples involving refugee families who have struggled financially and socially in Canberra. Once given a chance to play sport, they have not only benefited socially but academically.

Every Chance to Play has been given a boost through a partnership with Variety, the children’s charity, and through start-up funding from the ACT Government.

But there’s still a need for more people to become sponsors.

What better feeling than giving kids a start through being part of a sporting club?

To be totally transparent, I am an ambassador for the program. It is something I have wanted to happen for years but it took the initiative of Grant and Matt to make it happen.

Next year, hopefully, we will support 150 kids from disadvantaged families so that they can play sport; then 200 the following year. Let’s hope the support grows to eventually support every child who wants to get involved in organised sport.

Registration fees , learn to swim fees should be tax deductible

Most states have an active kids program. In NSW families can apply for a $100 sports voucher per school age children per year which can be used to cover costs for kids sports with a range of registered providers. Something the ACT Government might want to think about.

It would also be great if the states & territories could work together. We live in NSW & our kids play sports with ACT based teams so we can’t use our vouchers 🙁.

When I was a child sport wasn’t organised except among ourselves. Over the years we played tennis, soccer, basketball, cricket, table tennis…
None of this cost any money, except for whoever owned the ball, etc, and likely this was a Christmas present, as we played in back yards, abandoned tennis courts, etc. Conditions are better in Canberra for children to do this with all the ovals, which we didn’t have. Within walking distance of where I live for example are two ovals and a basketball court, none of which would cost money to use. There is also a couple of community tennis courts, which might cost something, but I don’t imagine much, or if children asked nicely, who knows. There are other open areas too to play on that are not ovals.
Sport does not have to be organised by adults and cost money. Let the children run around and have fun and organise their own games.

If you live in NSW, this is an option,
https://sport.nsw.gov.au/sectordevelopment/activekids
I don’t know whether the ACT Gov has a similar program?

Robyn Hodgkin - 36 minutes ago
Oh Michael, Michael, Michael. I am not even going to address that argument. Just to say the trams wouldn't be wireless in tha... View
Ashley Wright - 49 minutes ago
Mark Flynn George Street in Sydney uses a very expensive Alstom propriety system. View
Ben Van de Bron - 1 hour ago
Matt Gregory that should not exempt them from contributing to an infrastructure project. View
News 1

Grail - 59 minutes ago
Is there anything preventing the ACT establishing their own police force? View
News 4

Natalie Grey - 6 hours ago
Jill Lyall "what's wrong with socialism?" Try asking the citizens of Venezuela! View
Jill Lyall - 9 hours ago
Henry Kivimaki what’s wrong with socialism? It’s a better use of our taxes than building war machines and subsidising min... View
Marie Ryan - 15 hours ago
Bob Cheney Why would we want to get rid of the current govt when they've achieved a city that runs on renewable power and has... View
News 27

Is abuse of match officials a problem at the grassroots level of Canberra sport?

Why professional sport can learn plenty from the grassroots in Canberra

@The_RiotACT @The_RiotACT
This year’s National Multicultural Festival again drew large crowds, with about 200,000 people munching, dancing and weaving their way among 350+ stalls and 150 performances from six continents https://t.co/ayGVRJiOGE (30 minutes ago)