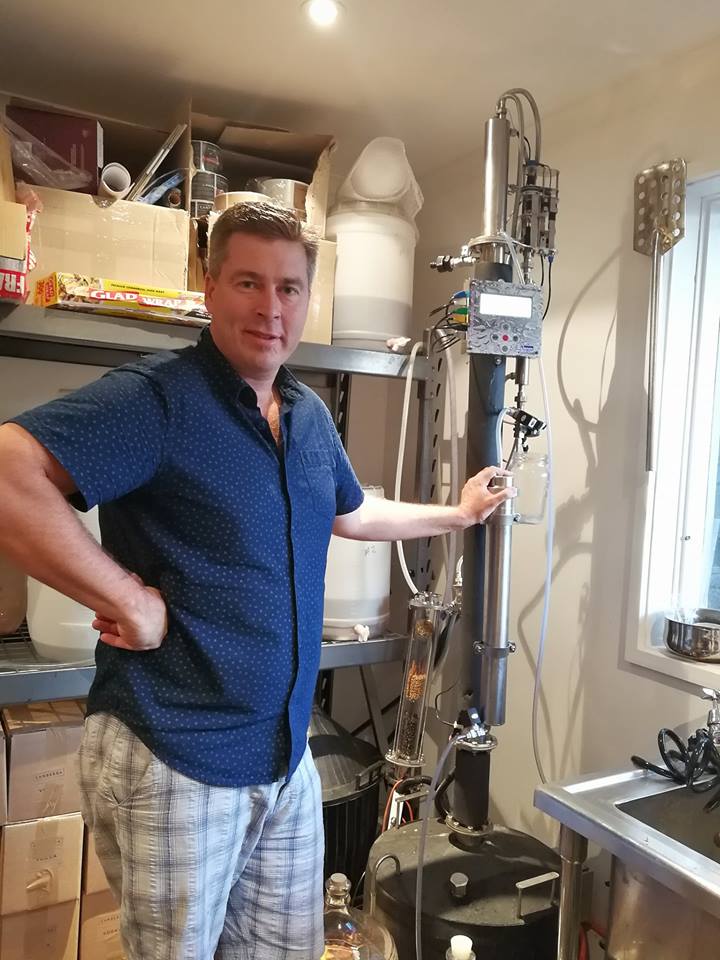 I learned a thing or two when I did a gin workshop with The Canberra Distillery’s Tim Reardon at Polit Bar. I then continued the lessons when I invited myself back to his place to check out his distillery operation.

After languishing in a post-colonial era where gin and tonic was viewed as something from an era of safari suits (and believe it or not, I had a boss in Canberra who liked to wear one in summer), gin is cool. Seriously hipster cool. It is so cool that it is now listed on the consumer price index in the UK and Australia is now wowing the world with its gin.

Australia? Gin? You bet. We are leading the world with innovation in flavour and production, incorporating bold new botanicals and reinventing the classic dry. The Canberra Distillery is part of the story. 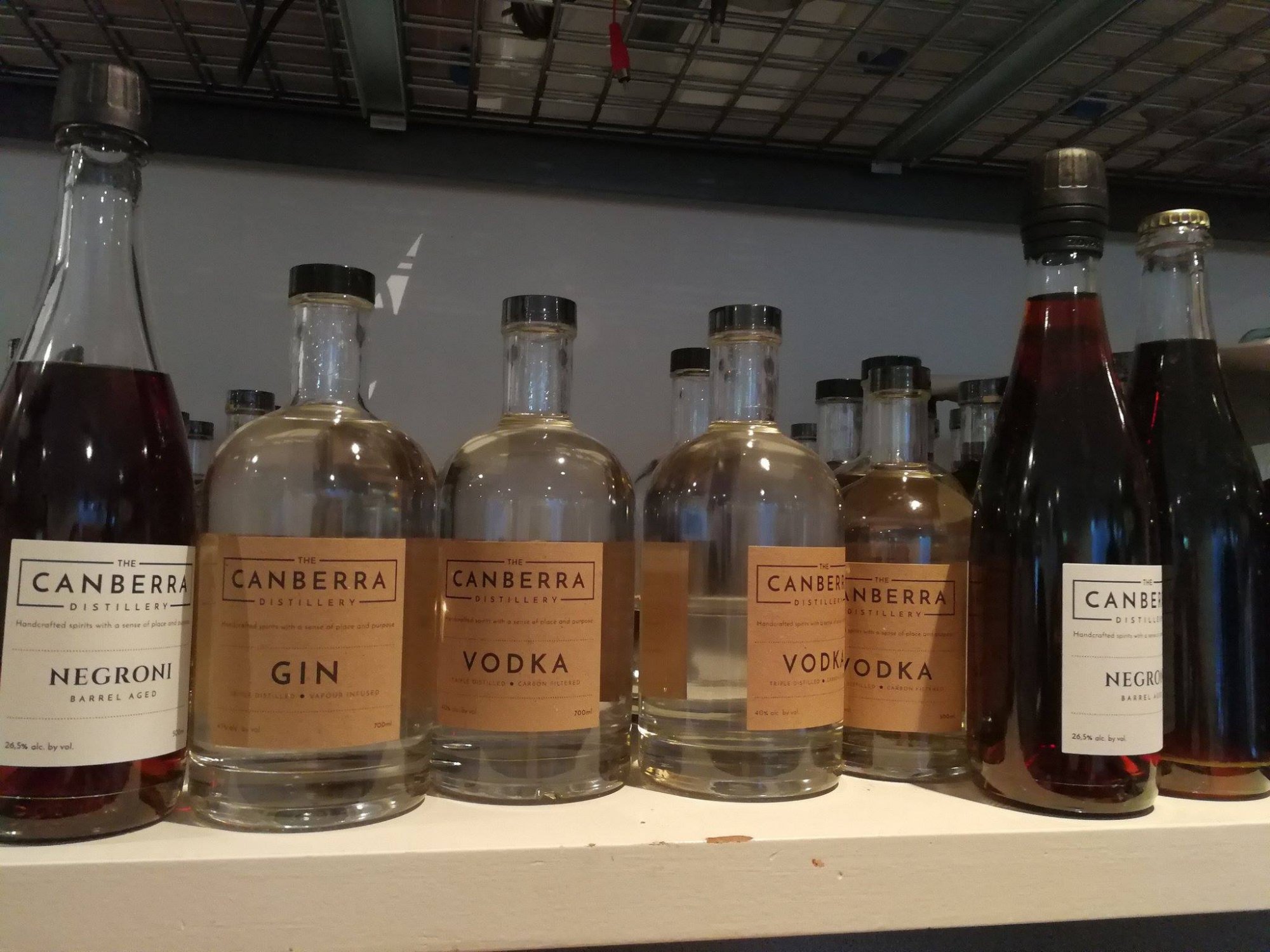 Sadly I did not win any prizes for the unique flavour of my gin when I participated in a recent gin making workshop with Tim Reardon at Polit Bar, although I did try several samples. What is essential to make a good gin, I learned from Tim’s instruction at the workshop, is juniper berries. These odd little hard purple berries are the secret elixir of a good gin.

But juniper is not enough, and too much juniper is just too strong. To balance it you can add all sorts of different botanicals: rosemary, coriander seeds, cinnamon, lemon, licorice and even Australian botanicals such as lemon myrtle and pepper berry. One of Tim’s signature blends uses blood orange, which lends a warm salmon hue to the gin – not discernible in a small glass but detectable when you view bottles side by side.

The end recipe for a good gin is a bit of a secret. I certainly didn’t get close to cracking it in our team gin making effort. By the sound of it, Tim undertakes quite a bit of taste testing on Mondays when he trials new blends. “A good gin is all about the subtleties,” he says.

During my Christmas trip to Taiwan, I developed an interest in a traditional Chinese firewater beverage called baijiu (white liquor).So I was quite keen to check out The Canberra Distillery’s operations.

Tim currently does his distilling in a small shed in Kaleen. Formerly a specialist in government relations, Tim decided to turn his dabbling into spirits into a career after he spent several weeks at Redlands Distillery in Tasmania when they were just beginning to establish their operations. Despite his expertise in regulatory issues, his process to get approval to use a distillery in his backyard – the first ever in Australia – was a long one. After nine months of paperwork he was able to purchase his high-tech Polish stills to make his concoctions.

Unlike most other gin distillers that purchase alcohol and add a gin flavour, The Canberra Distillery ferments its own alcohol, with the assistance of local craft brewer Bentspoke. The distilling process is technical but made easier by the mechanism of the stills. To make gin the fermented base is pushed up through the botanicals and distilled at different temperatures to separate the alcohol from the rest.

Making base spirits for other products is similar, but not for the amateur. I watched as Tim tested the alcohol content of one of his base alcohols, which tested at 92.07 per cent alcohol (the final product has a much lower alcohol content). Tim also produces varieties such as musk-flavoured vodka, a rosemary gin, a coffee liqueur, Negroni, and even a Canberra Fog. He is currently making a Japanese style plum wine that I got to taste; while not yet ready I so want a bottle or two to share with girlfriends. 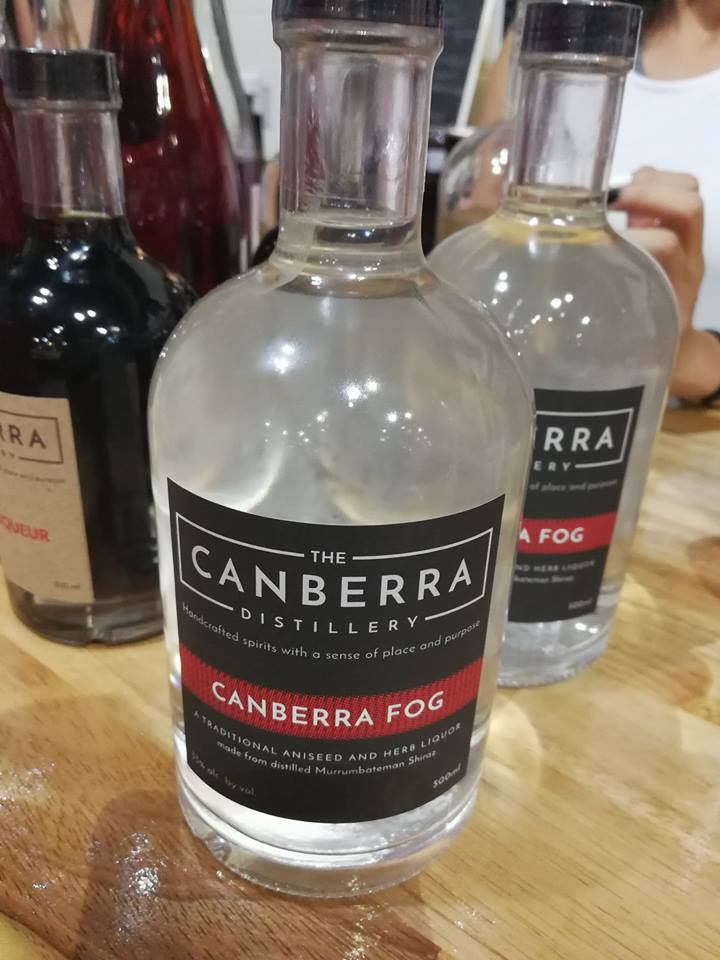 At the Handmade Markets last weekend Tim was in fine form, tasting his gin while encouraging tastings. I regretted that I needed to be sober to drive. As a newish entrant to Canberra’s beverages scene, his products have already attracted attention and have received a warm welcome from the local market. Cheers! Here’s to the next G & T celebrating the good life in Canberra.

Gin tasting with Tim from The Canberra Distillery at Handmade Markets

Barry Matson - 1 hour ago
of what? View
Michael Guina - 2 hours ago
It has to start somewhere and those two buildings are living example . View
Barry Matson - 3 hours ago
Kathleen Lee Canberra has no history. View
Opinion 80

Max Kelty - 3 hours ago
Bel Lee your housing manager mustn't be doing their job then or else processes have changed. When I was a HM at HACT people w... View
William Coats - 7 hours ago
The land tax was to stop people “land banking” houses should be used as homes not stagnant investments View
Lea Powell - 13 hours ago
William Coats it takes time to change policy directions. It’s not as simple as a click of the fingers. View
News 8

HiddenDragon - 3 hours ago
Some cautionary words here about the limits of battery technology - https://www.abc.net.au/news/2021-02-16/bill-gates-zero-em... View
dulynoted - 6 hours ago
those statistics might be outdated; renewables are getting cheaper and more energy efficient every year as technology improve... View
Capital Retro - 8 hours ago
In which way isn't nuclear power profitable? It depends on which experts you are talking too: https://www.ceda.com.au/NewsAnd... View
Sport 2