It's been knocked down, but Boer War memorial stands test of time 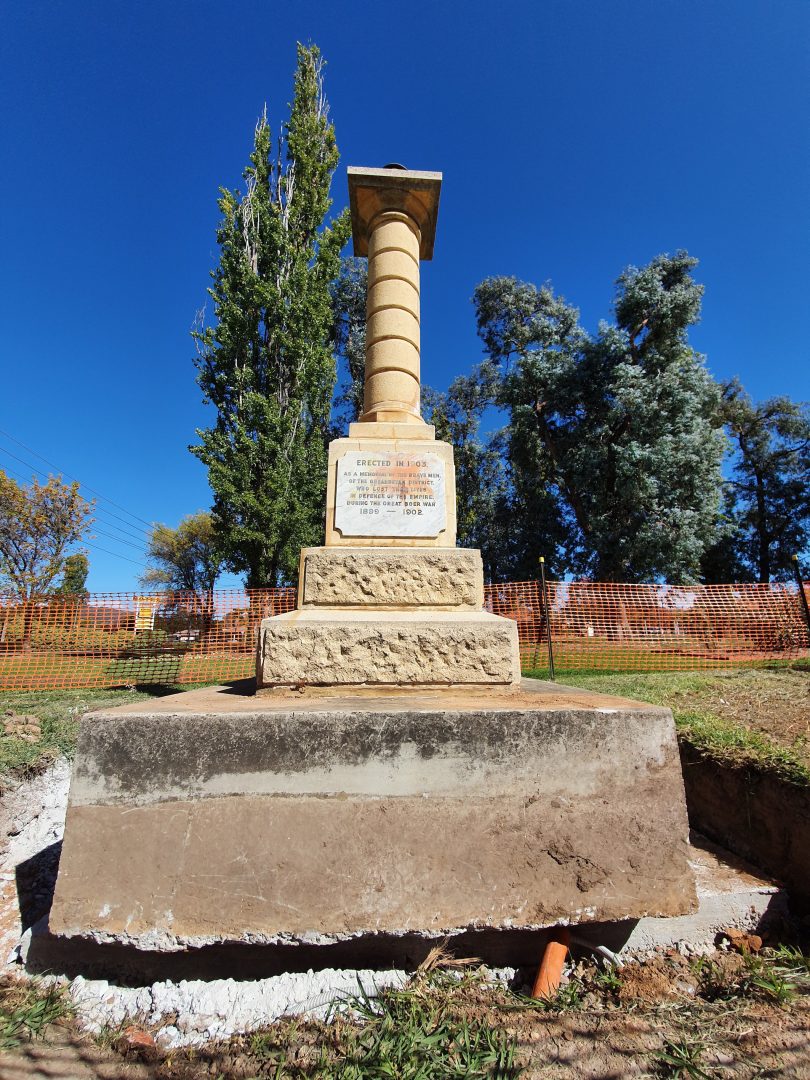 Queanbeyan’s Boer War Memorial, which has seen its fair share of movement since it was first erected in 1903. Photo: Supplied.

Queanbeyan’s Boer War Memorial has been knocked down, but thanks to a group of dedicated members from the Queanbeyan RSL Sub Branch, it’s been stood up again.

The local memorial to Australia’s first war, erected at the intersection of Crawford and Monaro streets in 1903, was relocated to what is hoped will be its final resting place in the memorial rose garden at Moore Park, adjacent the Queanbeyan Aquatic Centre.

The relocation took place on the day before Anzac Day, but unfortunately, there was no official ceremony due to social-distancing restrictions from the coronavirus pandemic.

But it will take more than that to stop the town’s memorial to “the brave men, of the Queanbeyan District, who lost their lives in defence of the empire, during the Great Boer War 1899-1902”, as the south-facing inscription reads.

A lamp in the memorial that lit the town’s main intersection at night originally ran on vapour gas supplied from a large tank beneath the roadway.

Then, in 1956, the memorial was knocked over by a wayward truck, said to be driven by a now-deceased member of the Queanbeyan RSL sub-branch who may have had one too many drinks. It was repaired using as much of the original material as possible and re-erected at its second location on Lowe Street.

The plaque on the eastern face has a roll of honour listing the five Queanbeyan volunteers who died, while the plaque on the southern face records the battles in which Australian units fought in South Africa.

“Queanbeyan also had 63 men who enlisted, which suggests that Queanbeyan’s contribution to the Boer War was more significant than that of most other towns in NSW,” Mr Pritzler said.

The memorial has had its fair share of modifications.

“When the fellow ran into it in 1956, he smashed it up a bit. He ran into it twice, actually. I think he may have had a few beers back when we had an RSL club.

“Some parts of it are original, but the top part of it has reinforced concrete in it now,” according to Mr Pritzler. 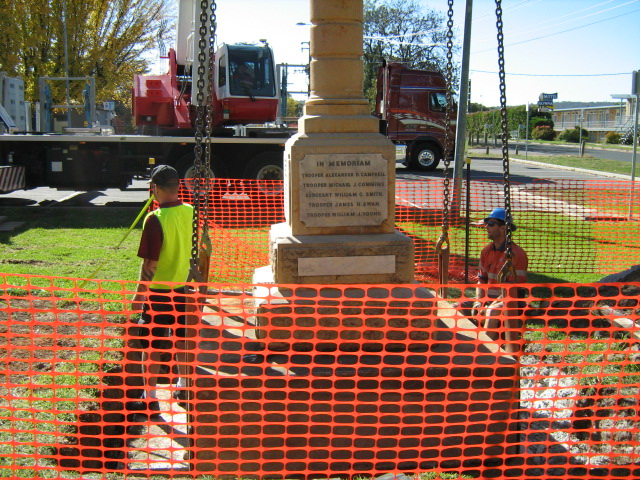 The Boer War Memorial in its final resting place at the rose gardens adjacent to the Queanbeyan Aquatic Centre. Photo: Supplied.

He said once social-distancing restrictions are lifted, the Queanbeyan RSL Sub Branch will hold a rededication ceremony at the memorial’s new location.

“The memorial rose garden also has a lone pine there and the area allows for future memorials to be placed there as part of our masterplan for the site.

“It’s taken us four years to do this one, so I’m hopeful we’ll see the site continue to grow, especially on Remembrance Day,” Mr Pritzler said.

As part of its ongoing work, the RSL Sub Branch assists veterans and their families in the Queanbeyan area.

A disgraceful war marked by the burning of farms and incarceration of women and children in British run concentration camps where thousands died from disease and neglect.