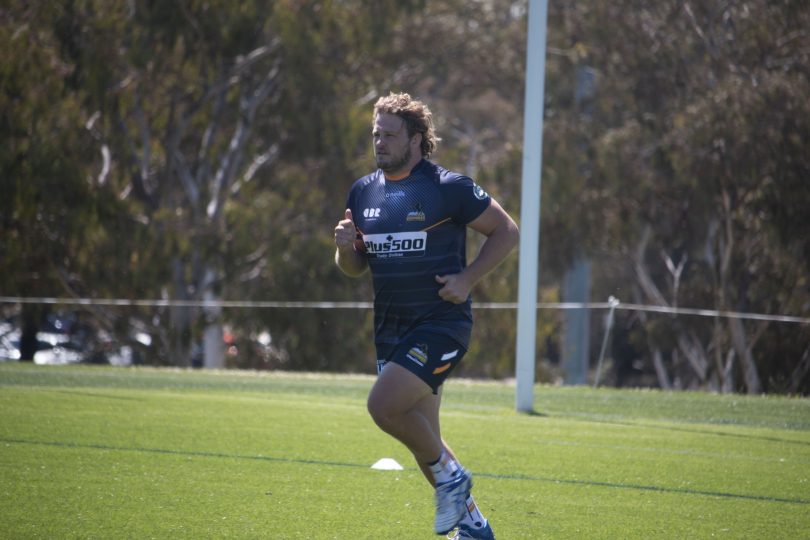 It has been a been a rocky 12 months for former Queensland Reds skipper James Slipper.

Having made his debut for both club and country in 2010, Slipper took little time to establish himself as one of the best props in the world. Ferocious at scrum-time, with superb skills in the loose and capable at either loose or tight head, Slipper was the quintessential modern front-rower and a stalwart in Australian rugby.

But then his career started falling apart.

The 86-times capped Wallabies prop suffered a season-ending Achilles tendon injury which he struggled to overcome. Unknown to the world, he had been suffering from depression for the past year and his mother had also been diagnosed with cancer.

When the news broke that the one-time Australian captain, Reds centurion and universally recognised ‘good guy’ of Australian rugby had failed two drugs tests, the rugby world was in shock.

Rugby Australia suspended Slipper for two months and slapped him with a $27,500 fine. His career was in jeopardy after the Queensland Reds started to freeze him out with coach Brad Thorn taking a hard stance against off-field misdemeanours.

Slipper’s career was at a crossroads.

But then the Brumbies threw him a lifeline to get his career and life back on track in the nation’s capital, signing him on a two-year deal. Speaking for the first time after touching down in Canberra last week, the experienced prop said he wants to make a fresh start and is relishing his second chance.

“It is humbling to be invited down here to train with such a good squad and such a good club,” he said. “A lot of players come down here and become better players and that is my goal, to improve and to be a better person on and off the field.

“I think the fresh start has been really good for me. I have only trained for two days now and I have really enjoyed it. I want to be involved in some success with the Brumbies and that is what I am working hard for.”

Having played all his 104 Super Rugby games with the Reds, Slipper made his move to Canberra looking to rekindle the form which once made him one of Australia’s best performers.

“I have been at the Reds for 10-12 years, so to be a different club has been different,” he said. “It is my first job change since I was at school, so for me, it is a big change and it is one I probably needed.

“I will always be grateful to Queensland and I will always love the club but for now it is about moving forward and becoming a better player and investing in this good club.”

Looking forward to the season ahead, Slipper said the competition for front row spots with Allan Alaalatoa and Scott Sio is spurring the 28-year-old on and believes the strength of the club’s front row will only drive him to perform better this season.

“It is obviously the starting front row for the Wallabies at the moment. Allan is going really well and so is Scotty. When there is competition for spots in certain positions, it just drives performance a bit more,” he said.

“Hopefully that works for us and we can work together and work well. We are all good mates so it’s going to be enjoyable.”

The Brumbies begin their Super Rugby season on Friday 15 February 2019 with the Rebels the visitors to GIO Stadium in Canberra. Memberships for the season are on sale now with a range of options to suit all budgets. Click here for more information.

Viviean Laycock - 1 minute ago
Matt Maas If you spoke like that to the blokes I know, you would end up with a facial nightmare but regardless, it is patroni... View
BlowMeDown - 1 hour ago
Of course, most people will not buy homes next to airports or raceways. That's why the values drop. But there will always be... View
Matt Maas - 6 hours ago
Viviean Laycock The track has the vast majority in support. The only ones not in support fit in two categories. a) have somet... View
Opinion 6

Shirley Willis - 14 minutes ago
Sandra Zahavah Whibberley If you check my comment I DID NOT say that you vented a poisonous attack.I said it appeared the “... View
phydeaux - 20 minutes ago
Robin Bontjer, because he did not donate $4M. It was $25k, after a push from Sharapova who donated that then tagged him to ma... View
Jonny Scott - 31 minutes ago
Robin Bontjer ones good can all be canceled out when your true colors come out! View
Business 6

Sam Austin - 1 hour ago
Fair enough but its 1 week a year. But there needs to be a place to do this stuff, think of it like a sporting facility golfe... View
Opinion 108