Japanese speedboat racing and competition between the sexes 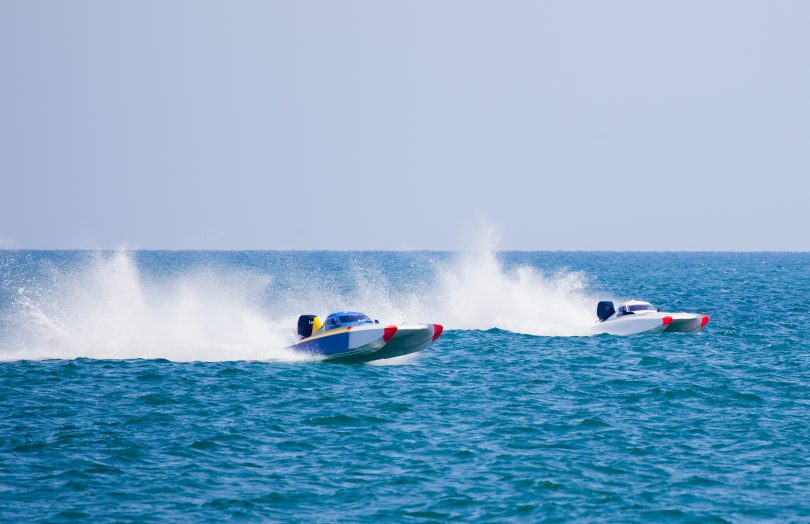 The link between Japanese speedboat racing and gender gaps in performance and aggression is probably not an obvious one for most, and yet ANU College of Business and Economics academic Professor Alison Booth has been investigating the relationship.

What is Japanese speedboat racing?

Japanese speedboat racing is a tightly controlled sport, in which racers receive exactly the same intensive training and are then randomly assigned to mixed-sex or single-sex teams. The amount of controlled elements makes it a stable and rich source for behavioural research and comparisons with other institutions.

Victory at any cost

Within the event itself, racers can be penalised or disqualified for breaking the rules, but in order to get an advantage, they must weigh this risk against the benefit of more aggressive lane changing.

Lane changing and rule-breaking are both factors in Japanese speedboat racing that signify aggressive tactics, as they can provide a benefit at the risk of failure or disqualification. The research reported that men were more likely to engage in these aggressive race tactics in mixed-gender races, whereas women’s tactics are less aggressive.

“Racing in an inner lane confers an advantage. While racers are allowed to change lanes during the race, they are disqualified and face severe penalties if they interrupt other racers’ runs. Thus, changing to an inner lane requires a highly skilled technique in order not to interrupt others.”

The gender imbalance inherent in the mixed-sex races is a good parallel for disciplines or fields, such as STEM, with a disproportionately large number of male to female representation. This research suggested this gender imbalance may trigger awareness of gender identity for both men and women and that this might form part of the reason for differences in behaviour across the mixed- and single-sex groups.

“These results suggest that women are less inclined to adopt strategically aggressive behavior—or are less successful at blocking it—when men take part in the race.”

The research featured in this article was written by Professor Alison Booth and Professor Eiji Yamamura. It was published in The Review of Economics and Statistics by MIT Press Journals and is available to read here.

Earthdog - 24 minutes ago
Thank you sir for your eloquent reply. I had to sleep on my response. The fact that you went to two Wiggles concerts while I... View
News 224

John Giacon - 3 hours ago
Big trees too near houses can be a problem - the tree or branches falling, and they make gardens impractical in many areas be... View
candlelit - 3 hours ago
I agree but (a) we need to think more about the kinds of eucalypts we plant (and having lost power for four days earlier this... View
Acton - 4 hours ago
Nonsense. The author negligently fails to acknowledge that gum trees are more prone to catching alight because of their oil c... View
News 4

Tom Worthington - 3 hours ago
In 2020 HE faced a crisis, but this was not unexpected. Some universities, particularly those in Singapore, had prepared for... View
Food & Wine 4

@the_riotact @The_RiotACT
The hot #SouthCoast property market is continuing to break records with a home in #MossyPoint selling for $3.35 million https://t.co/J7yLYRfIGb (16 minutes ago)

@the_riotact @The_RiotACT
#Gungahlin's proposed #tennis centre is a step closer with a consultant hired to come up with a preferred design for the facility https://t.co/7htQ6Obh5D (2 hours ago)