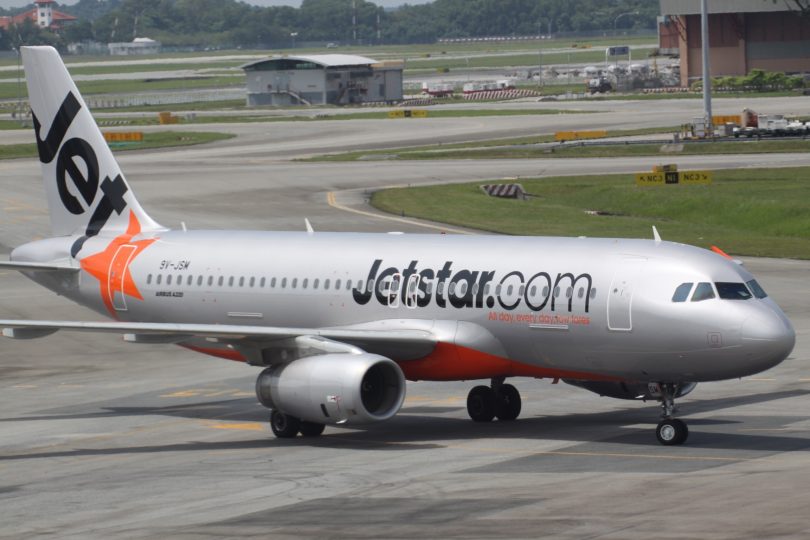 A Jetstar A320 aircraft will make the new Canberra-Brisbane run. Photo: Wikimedia

It will be the first time Jetstar has operated into and out of Canberra. The airline is offering one-way fares from $75 and is taking bookings from today (10 June) but Jetstar Group CEO Gareth Evans said the base fare would probably settle at about $89.

He said the flights on an A320 aircraft would take off in time for Floriade, helping to bring thousands of interstate visitors to one of the major festivals on Canberra’s calendar.

The flights will also be timed for the school holidays, and winter-weary Canberrans will have another flight option for heading to the Sunshine State.

“We’re excited to introduce our great low fares to Canberra for the first time in our 17-year history and thank the ACT Government for their support,” he said.

“Especially with international borders closed, there’s a huge appetite for low fares travel domestically. We know these flights will be really popular and provide a great boost for tourism operators and businesses as visitors explore everything Canberra and the region have to offer.”

READ ALSO As the AWM expansion shows, community consultation may be nothing more than lip service

Mr Evans said Jetstar intended to be in Canberra for the long term as part of its plans to grow the airline to be 20 per cent bigger than it was pre-COVID.

“We now think this is a route that’s got sustainability about it,” he said.

He said once this route was bedded down there could be opportunities for other destinations.

Chief Minister Andrew Barr said the Jetstar announcement was a game-changer and a significant further step in the tourism industry’s recovery, and another vote of confidence in Canberra.

“Jetstar’s entry to the Canberra market will not only make travel from south-east Queensland to Canberra cheaper and easier, but it will provide an opportunity to work with the popular carrier to promote our city across their extensive network,” he said.

“Improving Canberra’s aviation links is a key priority for the ACT Government, and the arrival of Jetstar into the Canberra market is another significant step forward.”

He said the government had provided the usual incentives for new airlines to operate in Canberra, including working with Canberra Airport and marketing through Visit Canberra.

Mr Barr said an increase in visitors to Canberra supported local business and helped generate jobs, with the government committed to helping rebuild key industries such as tourism and hospitality as part of its ACT Jobs and Economic Recovery Plan.

“If it’s cheaper and easer I am supremely confident in the quality of this jurisdiction’s and region’s tourism offering,” he said.

The Chief Minister recently led a delegation to New Zealand in a bid for direct flights across the Tasman to resume.

He was hopeful of an announcement by the summer of flights to NZ’s biggest city, Auckland, and the capital, Wellington.

The addition of Jetstar, which has long been a target for Mr Barr, to Canberra services complements a record number of airlines now operating at Canberra Airport.

Mr Barr said this was now the strongest domestic aviation network Canberra had ever seen.

Well we cant get these sub $100 flights out of Canberra to anywhere in the country??