Experts in buying, selling & renting
Your property, your future
18 April 2022

Jindabyne clock back in action but no timely celebrations 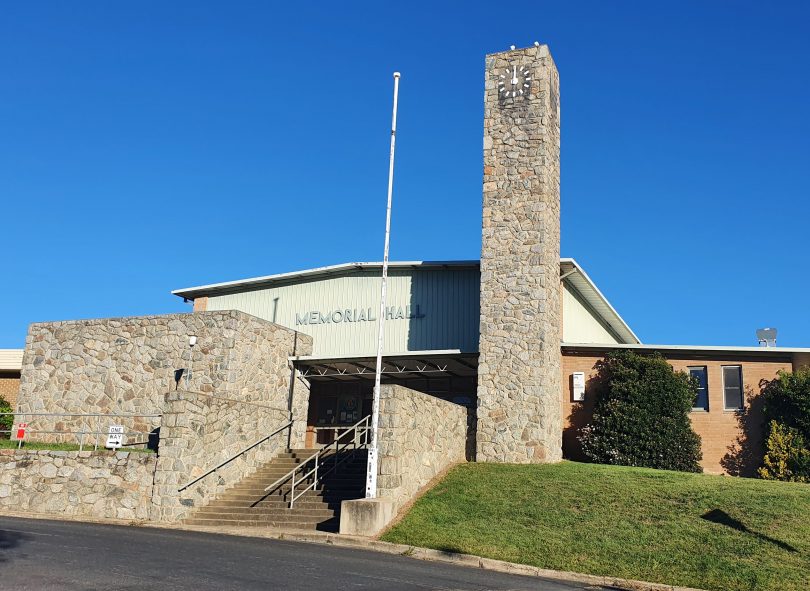 For the first time in many years, the Jindabyne Clock Tower is ticking again thanks to the NSW Government’s Stronger Country Communities funding upgrades to the Jindabyne Memorial Hall and the tireless work of a master horologist.

The Memorial Hall was erected 55 years ago when the town of Jindabyne was moved to its current location in preparation for the creation of Lake Jindabyne Dam. Its clock tower served as a prominent local landmark in the decades that followed but the clock itself hasn’t worked for decades.

Back in the 1960s, the clock was a state-of-the-art melding of mechanics and electronics. The mechanism was driven by a then state-of-the-art IBM master clock system, which took up much of what is now the Hall’s supper room.

Similar systems were in use in major train stations and government buildings around the world for many years, but a design flaw with this archaic computer caused it to become less and less reliable as time went on – eventually becoming entirely uneconomical to repair and keep up-and-running.

Snowy Monaro Regional Council was granted $130,000 in 2020 under round three of the NSW Government’s Stronger Country Communities Fund to breathe new life into the Jindabyne Memorial Hall.

This much-needed funding saw the installation of air conditioning, modern lighting and emergency fixtures in the main building. Asbestos was removed and replaced in the toilet block and the carpark was also upgraded.

However a council spokesperson said the overhaul of the clock was the icing on the cake.

“All of these very necessary completed works are now overshadowed by the rebirth of the clock tower after decades of lying dormant,” the spokesperson said.

“Master horologist (clockmaker) Andrew Markerink of Master Clockmakers – whose list of projects include the renewal of clock towers at Sydney Town Hall and Central Station – installed a modern, automated and low-maintenance clock mechanism to bring the Jindabyne Clock Tower back to life.

“The new clock is GPS enabled to automatically adjust itself throughout the year (and at daylight savings changeovers), and can even self-correct in the event of a blackout.

“Council would like to thank Master Clockmakers and the NSW State Government for making this project a reality, for bringing our clock back to life and for the Memorial Hall upgrades.”

A Jindabyne Chamber of Commerce spokesperson welcomed the repairs, but said very few people knew they had taken place.

“Chamber is naturally happy that it is running however, after such a long time without one (a functioning town clock), the council has missed an opportunity to celebrate,” the spokesperson said.