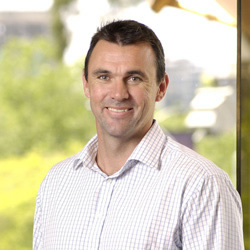 BACT and UCU have signed a long-term collaboration agreement where the organisations will work together for the development, promotion, and administration of basketball; the promotion of Canberra and the region; and to attract the best basketball players and coaching staff to Canberra.

BACT will retain ownership and management of the Capitals Academy SEABL team, plus the Gunners and the Gunners Academy, as well as local representative and social teams. UCU will own and manage the WNBL team, which will be known as the University of Canberra Capitals.

BACT CEO Tony Fraser and UCU CEO Joe Roff agree that the move is a great deal for the players, the sport of basketball in Canberra, UC, and BACT. The transfer was approved by the respective Boards of Directors, but needs the ratification of Basketball Australia and the WNBL Commission, which will be formally requested in the coming weeks.

It is expected Joe Roff will be named CEO of the newly formed entity.

BACT President David Leaney stated his appreciation for the Capitals’ principal sponsor, the Tradies, for its long-term support and understanding during the transition, as well as the Club’s ongoing contribution to sport in Canberra. He said “this transfer changes the principal sponsorship for the Capitals, but BACT is keen to maintain links with the Tradies, who have been fantastic sponsors and supporters. We hope to still have them involved in basketball in the future.”

“We have enjoyed our role with the Capitals and the opportunity to support the city’s number one women’s sporting team,” the Tradies CEO Rob Docker added. “Given this new direction, we will now sit down and evaluate our plans for the future but, given our proud track record in Canberra sport, we will always have an involvement.”

“The Canberra community has a significant amount of pride in the achievements of the Capitals to date and the University is committed to building on the work of Basketball ACT in having established one of Australia’s leading women’s sporting teams and programs,” Mr Roff said.

“The University is committed to supporting women in sport where often female athletes are unable to dedicate themselves to their sport in the same way as male athletes. The transfer will enable Capitals players to establish flexible working, living and studying arrangements through the University so that they are able to have a stronger focus on basketball while at the same time preparing for life after basketball.”

Ms Graf said the partnership was great news for sport in the region.

“As the University’s coach in residence and the Capitals head coach, I’m in a unique position to understand the strengths of these two great Canberra institutions and the huge potential of what they can achieve together.

“We’ll create a base from which the team can flourish and a fantastic environment for students and researchers.

“As Australia’s leading sporting university, with a wide range of sport related courses, world class research, and state of the art facilities, the University of Canberra offers unique opportunities to integrate the Capitals with the University community.”

Of the transfer Basketball ACT CEO Tony Fraser said “This deal provides an array of fantastic opportunities for Capitals players, coaches and fans and is a hugely positive step in the continued growth of the sport of basketball in Canberra.”

Interesting to know the extent of due diligence done by the basketball people prior to the deal. The university’s financial condition in its annual report doesn’t look too good plus Uni subsidiaries often leak money. I’m sure one of the governments that are flush with money will prop it up if it fails???

In today’s CT Stephen Parker from Canberra University bemoans the financial hardship of students of the future following the changes to tertiary education funding outlined in the budget which he deplores.
He says other universities will have to “change structures, dispense with unprofitable activities, eliminate costs wherever possible etc.” but University of Canberra should thrive.
It is then announced that UC will buy and sponsor a women’s basketball team.
It looks like ActewAGL/Transact/Rhodium all over again.
Where is the money coming from and really, do they expect to make money out of this venture or will the students contribute through the higher fees expected?

Beck Bianco - 4 minutes ago
Probably because Canberra is no longer affordable so people move to drivable towns outside of Canberra View
Michelle Preston - 25 minutes ago
Property prices in Yass are over priced. View
Elyse Crawford - 52 minutes ago
Amanda Adams still the same cycle, those tenants would then be homeless. View
News 7

Meet the 2019 Canberra Citizen of the Year: the UC Capitals

@The_RiotACT @The_RiotACT
Cavalry mascot Sarge is turning up the heat on his annual 10 km walk to raise $10,000 for Lifeline in Canberra. Find out how you can help https://t.co/CktjV9PbUV (23 minutes ago)