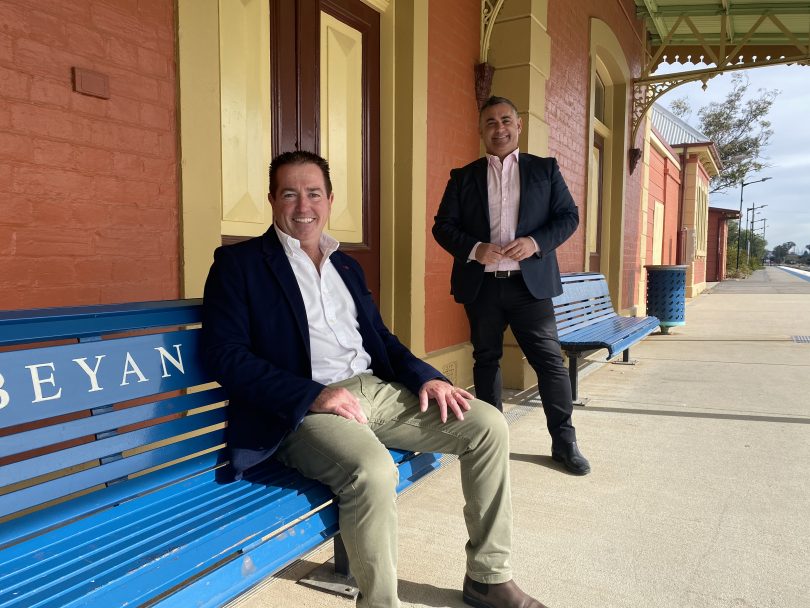 Member for Eden-Monaro and NSW Deputy Premier John Barilaro will take the next four weeks away from politics to take care of his mental health.

A spokesperson for Mr Barilaro told Region Media “it has been a big year for him” and that he made the decision after an equally big week in which he survived a no-confidence motion in the NSW Parliament.

“He is just taking four weeks to look after his mental health,” the spokesperson said. “This year has been a really tough year and he’s just going to take some time off to regroup.”

His deputy and Minister for Regional Transport and Roads Paul Toole will take over in Mr Barilaro’s absence.

There was high drama in Macquarie St last week after Mr Barilaro and his National Party colleagues in the NSW Parliament threatened to walk away from their Coalition agreement with the Liberals, while expecting to maintain their ministerial portfolios.

The drama was prompted by new legislation intended to protect koala habitat, but which the Nationals said would have a dire effect on farmers’ ability to manage their land.

The policy had been discussed behind closed doors for up to six months, but the Nationals leader described plans to ensure koalas were not at risk if land was cleared for development as a “nail in the coffin for farmers”.

Analysts criticised both the timing of the Nationals’ threat in the midst of the pandemic and the trigger, given the massive devastation wrought on koala habitat during the Black Summer bushfires.

But NSW Premier Gladys Berejiklian held her nerve and the crisis was resolved with the offer of a hearing in State Cabinet.

Subsequently, Ms Berejiklian made it clear that she expected Mr Barilaro to stand by his promise not to jeopardise the Coalition before the next NSW election.

Earlier this year, Mr Barilaro was at the centre of a political furore over pre-selection for the Eden Monaro by-election. A spectacular falling out between him and neighbouring NSW Liberals Member Andrew Constance made national headlines after explosive texts from Mr Barilaro to Nationals leader Michael McCormack were leaked.

Neither man ran and the seat was won for the ALP by former Bega Valley mayor Kristy McBain.

Ms Berejiklian has made a statement in support of Mr Barilaro, who told her this afternoon that he’d be taking leave.

“I have offered him any support he may need,” Ms Berejiklian said. “I wish John and his family all the best during this time.”

It’s been a difficult time for Mr Barilaro, whose father Domenico, died in July.

“I remember how much he taught me during those days, and he just becomes your best mate, but in politics he just kept me grounded,” Mr Barilaro said following his father’s death.

He will be back when it’s all blown over, a classic politicians tactic

It seems that people in politics can hide behind so called mental health problems in order to avoid scrutiny for inappropriate and unprofessional behaviour, and anyone questioning that narrative is considered callous; this reminds me of the Will Fowles situation.

What I thought. Somebody send him a soft-toy koala.

Unfortunately this type of excuse has Bipartisan support; all peoples in Politics, on all sides want what they believe is an ironclad excuse for inappropriate behaviour, and an aegis from scrutiny, especially from Anti Corruption Bodies.

Shannen McCann-Geiger - 9 seconds ago
The wife looks super happy to be there View
Will Scott - 8 hours ago
Pat Smith he always has loved the tale of the bushranger View
Alexis Nerrida - 8 hours ago
Ginger Oliver chris hemsworth is cool but it’s no local legend/matilda’s star ellie carpenter... View
Sport 122

tuggeranongist - 9 hours ago
All things being equal, I would prefer to deal with a large institutional landlord than an individual one. I suspect many oth... View
Redgum - 11 hours ago
Better Renting is correct on one point only. The decision to invest in a rental property is a business decision. Investments... View
Community 27

kenbehrens - 11 hours ago
Government charges contribute towards the high cost of rent in Canberra. It's Government policy to increase Rates, to a level... View
Geoffrey Bell - 13 hours ago
Mandy Truman $206 cheapest share place i could find. https://www.allhomes.com.au/share/search?region=canberra-act&district=gr... View
Mandy Truman - 14 hours ago
I'm full time uni and I got made redundant from my job and then got a casual job but haven't had work for 10 weeks. I would h... View
News 246