Jorian rides again with the Fringe Festival in 2014 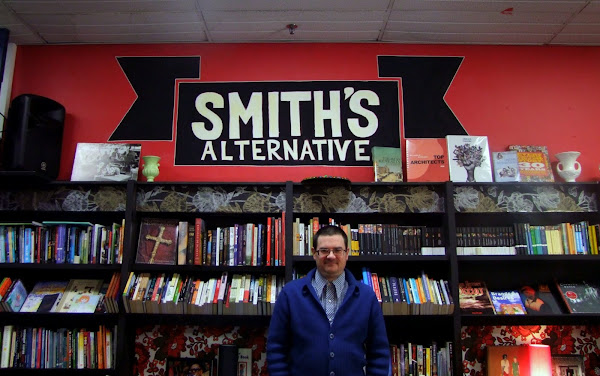 It would seem the awkwardness arising from gifting the Chief Minister with nipple tassles at the opening of his cabaret bookstore has passed and Joy Burch is this morning announcing the restoration of the once and future Fringe Festival producer:

ACT Arts Minister Joy Burch today announced that Jorian Gardner will return to the role of Fringe Festival creative director, to be held alongside the 2014 National Multicultural Festival.

“Mr Gardner’s wealth of experience in fringe events and his collaborations with many artists and arts organisations across the Canberra community will provide a great platform to produce an exciting Fringe in 2014,” said Ms Burch.

“This year saw the successful return of the fringe festival as, part of the National Multicultural Festival, for the first time since 2009 and we were keen to bring back the flair and edge that Mr Gardner brought to Civic Square.”

ACT Labor committed to provide $20,000 annually over four years to support a fringe event alongside the Multicultural Festival, and this funding was confirmed in the 2013-14 Budget.

“An additional $20,000 a year in in-kind support will be provided to the Fringe next year through the Multicultural Festival, including infrastructure and public liability insurance, taking the Government’s support for the 2014 Fringe to the value of $40,000.”

Mr Gardner was the founding director of a fringe festival held alongside the National Multicultural Festival from 2004 to 2009. He has worked across a range of art forms including theatre performances, visual art exhibitions, cabaret, dance, and musical presentations.

The Fringe was fantastic when it was held at the Street Theater. After they moved it to Civic Square, it was not a real Fringe anymore. The entertainment might have been somewhat more interesting than the mostly mind-numbingly boring stuff they show every single bloody year on the main stages, but it just didn’t have a great vibe.

Dunno Watson, the final fringe was like the last days of Gommorrah (in a good way)

Excellent. Hoepfully we’ll see a return to a real fringe festival as per a few years ago.

Robert Taylor - 6 minutes ago
I suppose it was unsafe and could not be kept for pedestrians & bikes. Sad View
Stephen Murray - 3 hours ago
I remember the punt that the bridge replaced. View
Christopher Cuba Rabanal - 4 hours ago
I’ve heard the best fish and chips in the bay is closing due to the lockdowns. That’s pretty sad 😢 View
News 27