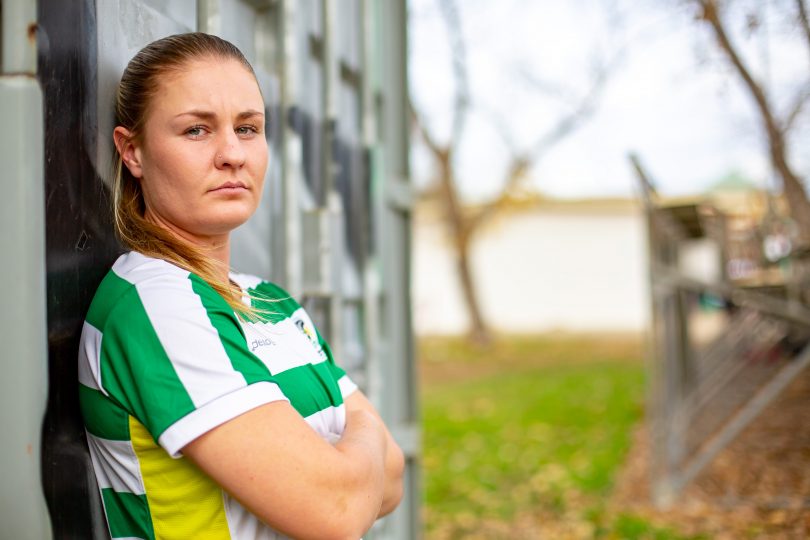 Kristy Helmers landed back in her home city two weeks ago but it certainly isn’t a holiday for the Canberra native. Photos: George Tsotsos.

After 20 hours spent on three different flights from New Orleans to Canberra, Kristy Helmers could be forgiven for sleeping in the next day.

But the next morning she was found running laps around an oval, determined to not even let jetlag get the better of her.

It’s that mentality that helped Helmers kickstart her career in America and it is the same mentality that she is bringing back to her parent club Tuggeranong United during her break from college soccer.

The 22-year-old forward has been studying and playing for Nicholls State University for the past three-and-a-half years, where she admits she was living and breathing soccer with days spent in the classroom, on the training fields, in the gym and at whiteboard session after whiteboard session.

“Every day, everything you do is based around soccer and you put it first,” she shared. “I loved player soccer growing up and it was the thing that made me the happiest so to go over there and being able to live and breathe it every single day was simply amazing.

“Over there, they want you to have fun but we are there to win. The coach is a full-time job and their career is based on our results. It is not a volunteer thing. It is everything to them.”

Helmers said the competitive and cutthroat nature of the sport was a great culture shock for her, inspiring her to take her game to the next level. 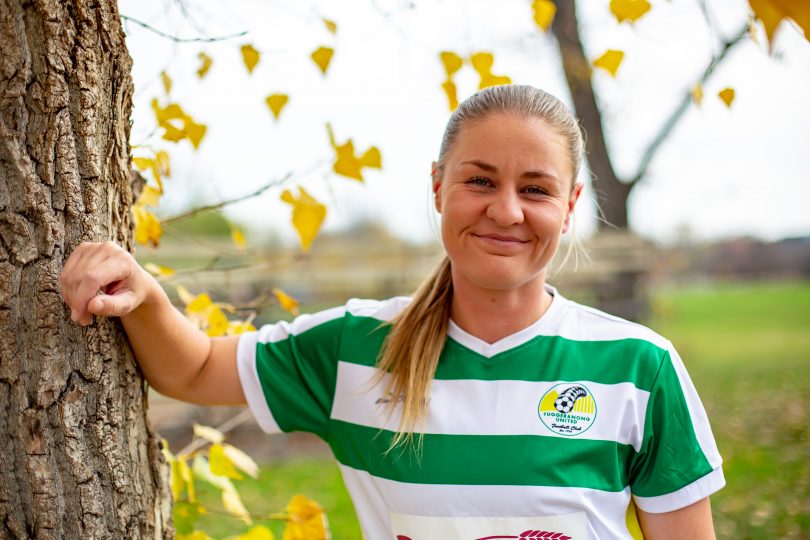 The level of competition in America has forced her to play harder and train harder.

“Growing up playing in Canberra, it is about winning but also about having fun and I was used to the mentality that if we don’t win, it’s OK,” she said.

“But over there, if you don’t win it is not good enough. It has forced me to play harder and forced me to train harder.

“Now I can bring that mentality back to Tuggeranong because I’ll still put the same amount of effort in and bring that atmosphere to training. I am using my time back home as a mentoring thing and helping teach these girls about the options in America and the standard required to make it.”

Helmers landed back in her home city two weeks ago but it certainly isn’t a holiday for the Canberra native. She needs to be ready for her club’s pre-season when she heads back to the US in July.

In the meantime, she will suit up for her second game with her parent club this weekend against Canberra Olympic at Greenway Enclosed oval.

“Over here I have a strict regime of weights, conditioning and training that I have to follow so Tuesday I was back running, Wednesday I had weights and Thursday I was back at training,” she said with a smile.

“Over the years of coming back and forth, I have learnt to fix the jetlag and not let it get the better of me. I am just looking forward to helping Tuggeranong climb up the ladder while I am here for the next couple of months.”