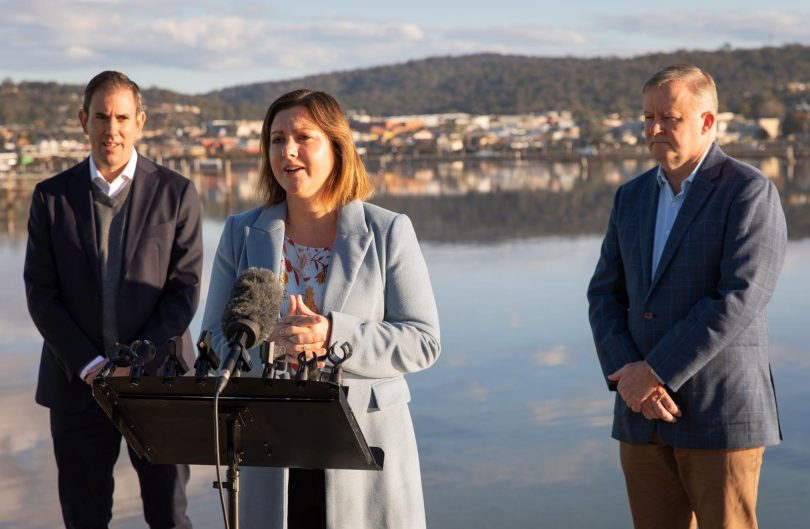 Federal Labor has pledged to spend $65 million to build Dunns Creek Road between Googong and Canberra, to help ease traffic congestion coming out of Queanbeyan and its surrounds.

Labor candidate for the upcoming Eden-Monaro by-election, Kristy McBain, made the announcement next to Federal Opposition Leader Anthony Albanese on Tuesday, 2 June, calling on the NSW Government to contribute to the project to ensure its completion.

“The Queanbeyan region is the fastest growing region in NSW, and to get the full development of Googong and Jerrabomberra Valley, the Dunns Creek project has to come forward as a stimulus measure now,” said Ms McBain.

“We have got communities here 60 per cent of which commute daily to the ACT for work, for school, for sport. This project has to come forward as a matter of urgency.

“Existing roads into Canberra through Jerrabomberra and Queanbeyan are becoming more congested during the morning and evening commute. They will face even more pressure in the future as Googong continues to grow.”

Ms McBain says upgrades will take up to 10 minutes off travel times into the ACT if the infrastructure project is brought forward.

Mr Albanese said Labor had already committed to the plan at the last federal election with then-candidate Mike Kelly, who has since resigned as Member for Eden-Monaro because of health reasons.

“We have had the planning – the planning money is there,” said Mr Albanese. “What we need to do is get on with construction.

“Regional roads not only boost productivity and travel times, they save lives by making road travel safer.”

The pledge came just days after NSW Deputy Premier and Member for Monaro John Barilaro announced that work is set to begin on the $10 million Captains Flat Road upgrade. 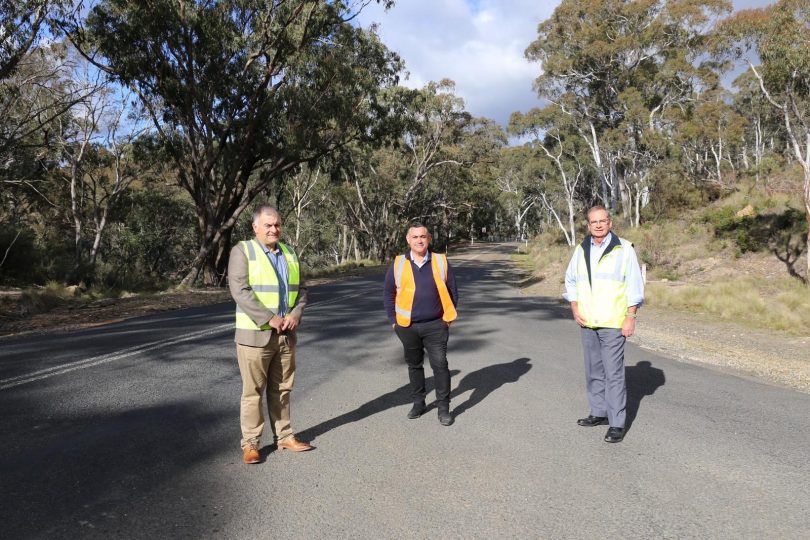 The upgrade will take place between Briars Sharrow Road and Captains Flat, and will include road alignment improvements, replacing pavement and widening more than 27km of the road.

Queanbeyan-Palerang Regional Council Mayor Tim Overall said the upgrade will make it a safer journey for motorists who travel along the busy road.

“We will be prioritising areas that need to be fixed, and in coming months we will share the concept designs with the community.”

The Captains Flat Road project is expected to be completed by mid-2023.

Anyone know who “Dunn” was?

Is there an election…. oh that’s right a by election in Eden Monaro 🤣🤣🤣

Why aren’t we charging the land developers for this?

Have done a search for Dunns Creek road, and I can only find one down the coast.
Do you have a map you can throw up please.

I googled Dunns Creek road Googong and first result was:

Googong will be a good destination for Canberrans to relocate after this.

It is simply amazing how these generous offers just seem to come now, for the people of Eden Monaro.