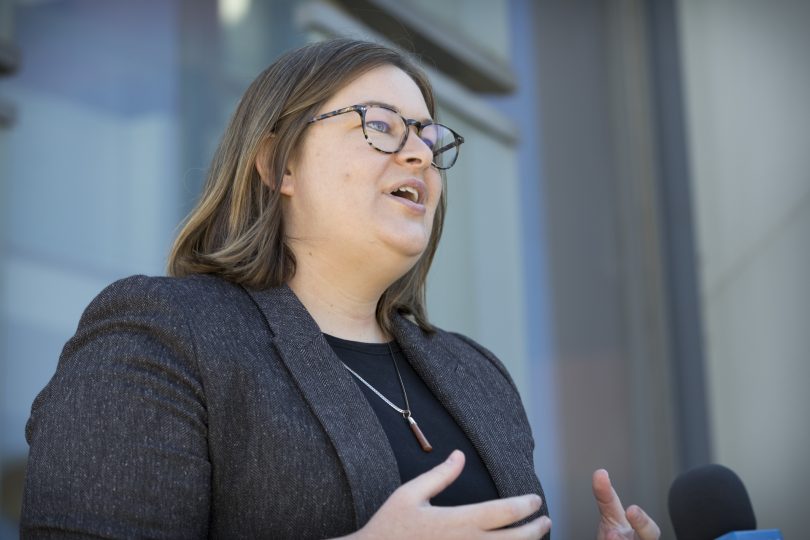 A new Gungahlin Community Centre will be built in the town centre if the Barr Government is returned in October’s election, ACT Labor has pledged.

ACT Labor MLA for Yerrabi and Labor spokesperson for Community Facilities Suzanne Orr said that the centre would be co-designed with residents and reflect the diverse views and needs of Canberra’s fastest growing community.

She said the centre could include facilities for local performing arts groups, and low-cost office space for community service providers.

“Gungahlin is one of the fastest growing regions in the country, and a new community centre will be a great addition to our community”, Suzanne Orr said.

“We will continue to work with the community and community organisations in the Gungahlin region on what they would like to see from a new centre.”

Ms Orr said the project would provide better services to the residents of the Gungahlin region, and create more jobs as part of Labor’s target of 250,000 Canberra jobs by 2025.

“Over the past four years, the ACT Labor Government has made significant investments in the town centre. This includes the delivery of light rail, the Gungahlin nurse-led walk-in centre and a new bus interchange,” she said.

”We want to keep working every day to protect the health and livelihoods of our community.”

Labor did not say if it had a site in mind or how much the project would likely cost.

The ACT goes to the polls on 17 October.

Gwynne Nicholas - 4 minutes ago
Finally Barr has admitted what will happen when Sydney opens - NSW will go from a few thousand cases a day to tens of thousan... View
Shehzad Sarwar Hossain - 4 minutes ago
True but what do you do at times of war? You redirect and best optimise resources where the battlefronts are, in this case Sy... View
Jason O'brien - 31 minutes ago
Jo Telfer never said I did disagree with it, Juz Hawke wrote “It's refreshing to read about COVID without all of the emotio... View
News 1

Gassed - 20 minutes ago
This is the result of the cowboy section of the construction industry opening up. View
News 43

chewy14 - 29 minutes ago
Astro, That's a gross misrepresentation. "Current R4 doesn’t have this." How exactly will those redirects benefit? The ligh... View
Business 25

Brydie Kelly - 38 minutes ago
Jackie Fuller I've been to many a birthday party and had my 30th there. It was always a warm and welcoming environment. View
Alicia Conley - 3 hours ago
If they try put a maccas or KFC there I'll be protesting View
Jackie Fuller - 3 hours ago
Been living in Chisholm for 11 years..... as a young family we would never step foot in the tavern, never felt safe to do so!... View
Business 4

whatwik - 55 minutes ago
Here's road map clarity for us - "...and as we get closer, we will know when that time is and what that'll be for certain eve... View
Grace Hayes - 2 hours ago
Yeh and some small/medium business DONT qualify for grants... I’d like to see how many of these business that won’t be op... View
Opinion 35

Kathleen Beck - 2 hours ago
Jesus also says in Matthew do not add or take from the law until certain things are accomplished, Paul's covenant is adding.... View
phydeaux - 4 hours ago
" “I don’t know how serious your relationship is, but …”. This jab is definitely targeted..." Continuing harassment i... View
Ezekiel Chalmers - 5 hours ago
You know, maybe the Protestants have that one right; if the scripture isn't accurate enough that you should follow it, maybe... View
News 2

jwinston - 2 hours ago
“ACTCOSS CEO Emma Campbell said human rights must remain at the forefront of any decision to use force.” It seems to me t... View
Property 4

buzz819 - 9 hours ago
I still don't get why? The exposure sites are all over Canberra. Just because you want to know something, doesn't mean it is... View
show more show less
*Results are based on activity within last 7 days

Did anybody seriously believe that the ACT lockdown would not be extended this week, with cases oscillating between the mid-teens...
Opinion 35