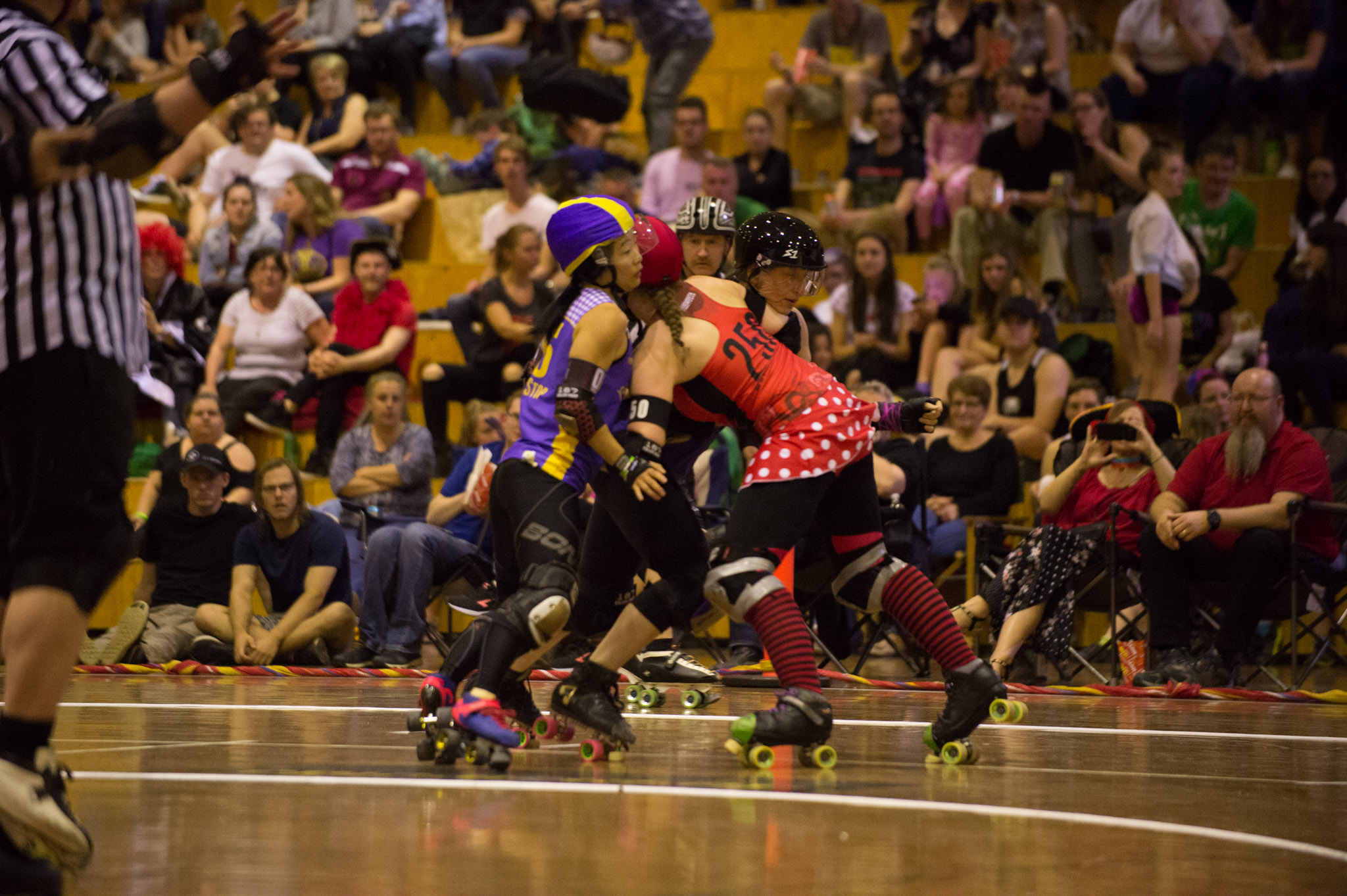 Canberra Roller Derby League have been skating together since 2008. In 2018, they won the North America West division at the WFTDA Continental Cup in the USA, beating the Rocky Mountain Rollergirls from Colorado. But the lack of venues for community sports to hire in Canberra means their access to training sessions is restricted.

“Canberra Roller Derby League’s Vice City Rollers are currently ranked #2 in Australia, and #22 in the world. We’re going to Arizona to compete against some of the best teams in the world in April this year,” said League president Julianne Lamond.

To be able to compete at a high international standard, skaters from all over Canberra train together multiple times a week. But over the years, the venues available to book have disappeared, leaving them with a former school sports hall in Weston Creek that is also used by other community sports groups.

On some nights, the team can’t get access to the court until after 8:30 pm, meaning they finish at 10:30 pm. Then they have to drive home, shower and eat something, and try to relax enough to go to sleep around midnight.

This is not just a problem for their internationally-competitive Vice City Rollers team. It also means reduced access to training and sports participation for their home teams, “Freshies” (new skaters, who may have had no previous skating or team sports experience), and junior teams (for 10 to 18 years).

“For some women, this is the first team sport they played as an adult. It’s a very inclusive environment, there are adults and kids in the league who love playing roller derby but wouldn’t have felt comfortable in other sports. It’s especially important for our teenage girls and non-binary kids who generally have a high drop-out rate when it comes to other team sports,” Ms Lamond said.

Renting school halls means that sometimes the League is managing venue bookings in multiple locations across the week, adding to the administrative burden of running a community sport with volunteers. Some venues don’t have easy access by public transport, presenting a barrier to participation for young people or people who don’t drive. There are also times when the only available training space has been too small, with no buffer zone between the track and the wall, presenting a safety risk when players come off the track at high speed. 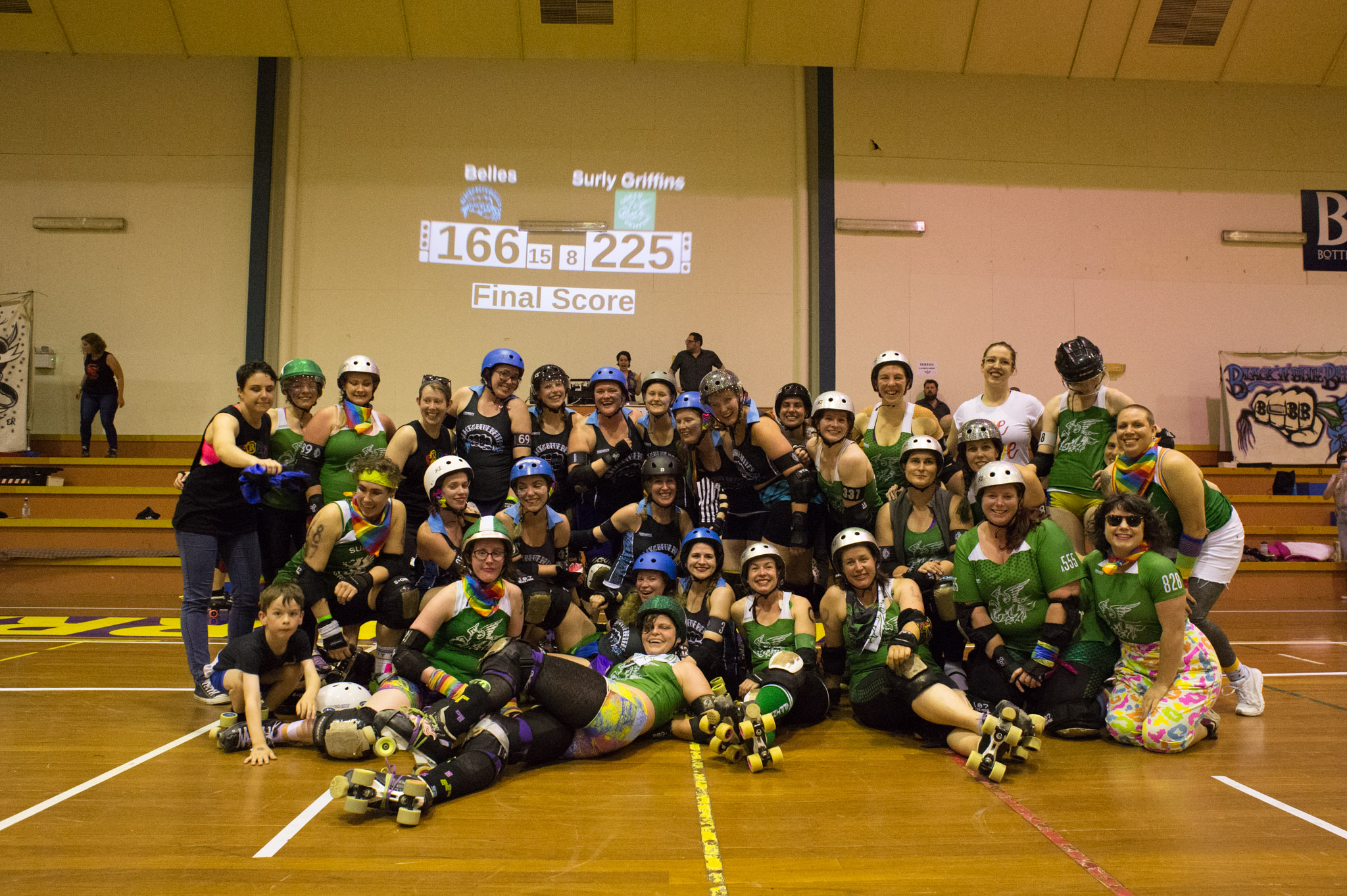 Research by the Women’s Centre for Health Matters in 2018 showed that combining physical activity with social activity is a key motivator for women choosing to be active. Women also talked about the importance of inclusive activities and positive body image. The report included recommendations to reduce the barriers for women in participating in physical activity in the ACT, including ACT Government progressing the development of two multi-purpose indoor sports centres in Woden and Gungahlin, in line with the current Parliamentary Agreement for the Legislative Assembly.

Woden Valley Community Council say they have prepared a proposal for a multi-purpose sports hall in Woden because of the significant lack of indoor recreation facilities in the south of Canberra.

“It is essential for indoor recreation facilities to be available in each town centre because these activities have the ability to bring people of all ages together and provide opportunities for inclusion,” said Fiona Carrick, President of the Woden Valley Community Council.

But there has been no commitment made by ACT Government to new multi-use sports courts in Woden and Canberra Roller Derby League need a venue now. They’ve previously skated in school halls, warehouses with cement floors, and basketball courts. What they need as a minimum is:

Ideally, they would one day love to find a venue that has:

If you know of a community group or landlord with a space that might be suitable, please get in contact with Canberra Roller Derby League.

If only someone converted the abandoned Home Hardware building in Gungahlin 😐

Some of the schools hire their halls out? Could that be something that would work?

Most are already fully booked!

Louise Flint - 24 minutes ago
James Daniels I was sent there for advice before I took a redundancy package. They ignored my superannuation and taxation que... View
Patrick Barrett - 4 hours ago
Dylan your fault View
Sonia Irwin - 8 hours ago
Been watching this as a client. Gotta say a bit nervous is an understatement View
News 22

Toby McLenaghan - 57 minutes ago
Peter Marshall well it will be better then before. 🚴🏻💨 View
Marion Rae - 8 hours ago
Election year in a bellwether seat View
Hope Marie - 10 hours ago
Grace Stefanac now I can't crash on it wow View
News 15