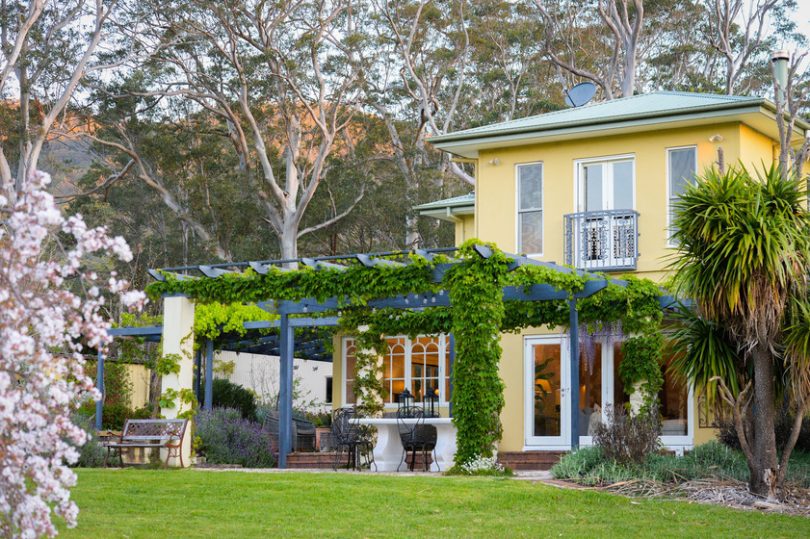 This Italian-inspired Lake House in the foothills of the mountains oozes romance. Photos supplied by South Coast Prestige Properties.

From its Juliet balcony through to its vine-covered pergola to its picturesque lake, a stone-clad home on 13 acres on the market in Kangaroo Valley simply oozes romance.

The property’s living history backs that up. Current owners Emma and David were married on one of three islands on the private lake, David Attenborough once filmed platypus playing at a nearby stream for a wildlife documentary, and the garden has a cutting from a fig tree brought to Australia from Cornwall 170 years ago.

Then there’s the story of the property’s previous owners who lived there with their parents. When the mother, Con, died, she asked them to build the biggest lake they could in her memory. They scattered her ashes on ‘Lake Con’ when it was done, and every day until he died her husband would sit by the lake. His ashes are now there with hers. 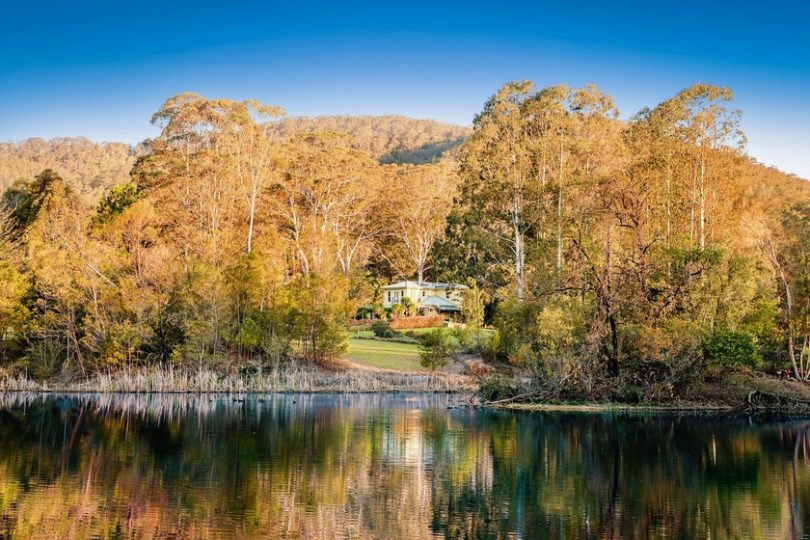 These beautiful stories seem right at home when you see the Lake House at 1490B Kangaroo Valley Road, with its grand proportions, secret nooks and crannies, hanging wisteria and that delightful lake.

The two-storey home nestled in the foothills of the mountains was designed by Emma and David in 2008 and combines their styles. 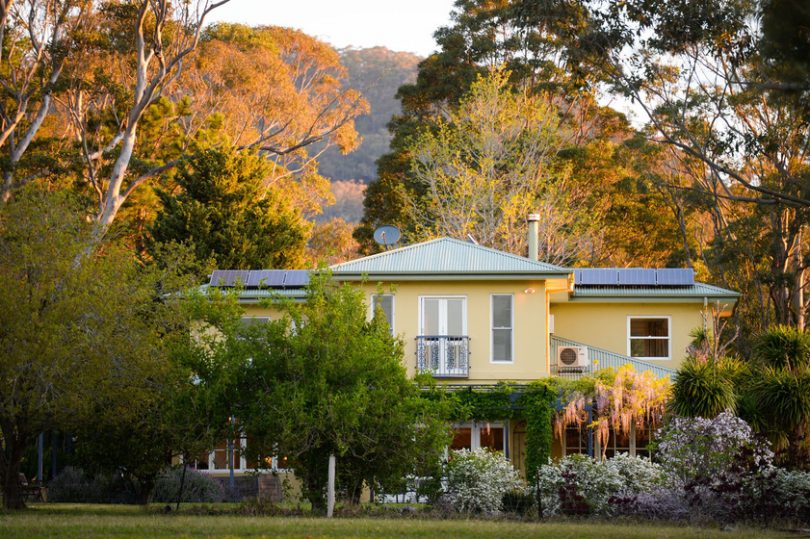 “Dave wanted to create the sense of light and movement that he experienced on holidays in Italy as a child, while I wanted more of a traditional Australian farmhouse, one that was open to the outdoors on all sides,” recalled Emma.

“Then we saw these beautiful windows with their arched details and fell in love with them – so we designed a house, merging our two different styles, around those windows. You can see them in the dining room and the library. 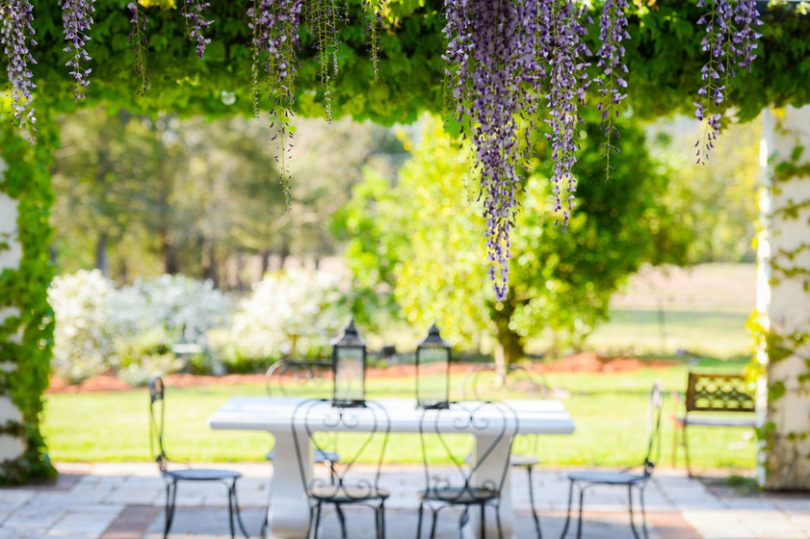 “We love how it has worked out – it is a home that is truly unique, modern and detailed at the same time.”

The home’s striking exterior is covered in Hebel stone cladding, while inside there are four bedrooms, two bathrooms and a study. 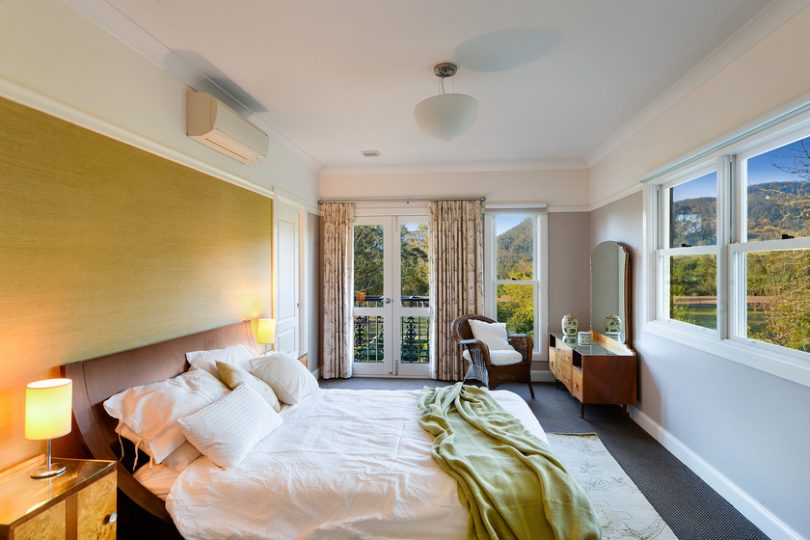 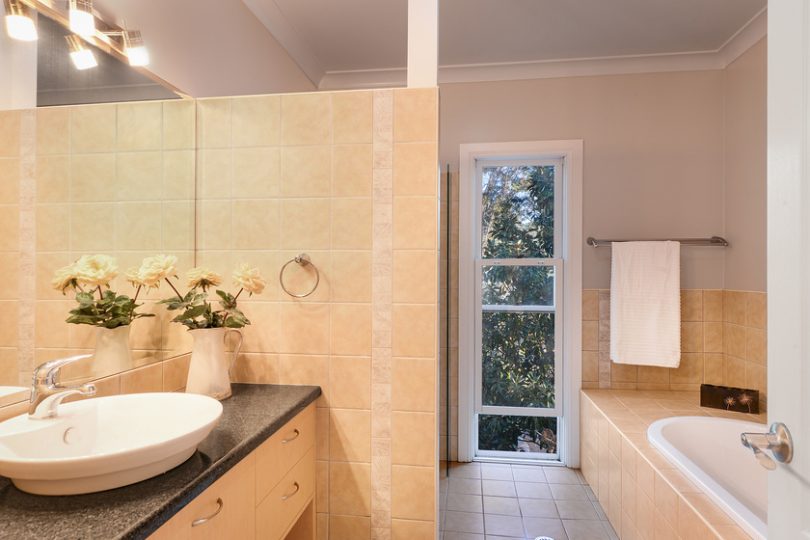 There is also a large kitchen and a bright and airy living area which opens out onto the leafy Italian-style terrace. 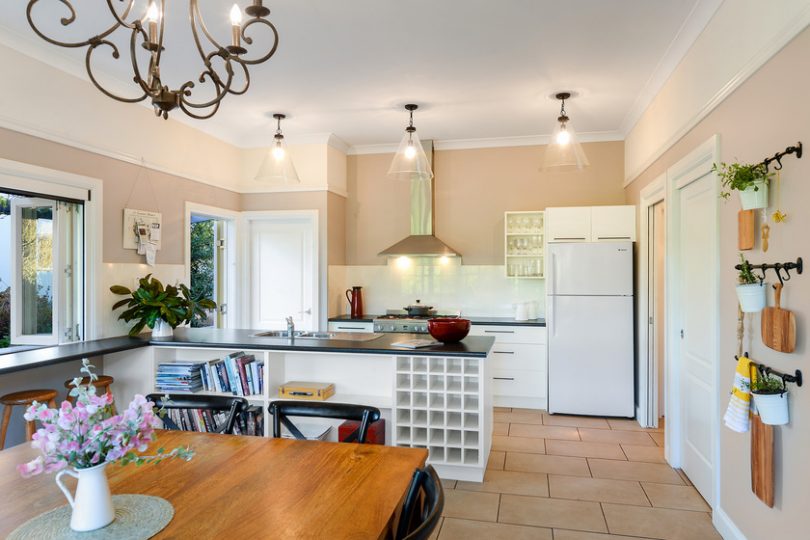 “On the left is the library – both Dave and I frequently work from home, and so we needed a large space where we could be together while working,” said Emma.

“It shares a double-sided fireplace with the lounge room, and has a big window seat all along one side – it’s the perfect place to curl up with a book when it rains. 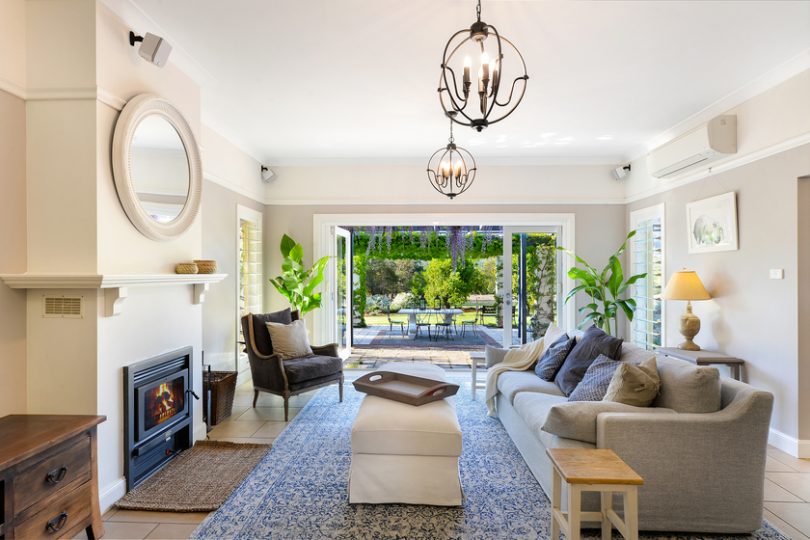 “Outside, the garden has so many special areas, but our favourite, as the sun goes down, is to sit under the vine-covered pergola, lit by fairy lights, listening to the fountain and the sound of the birds settling in for the night.” 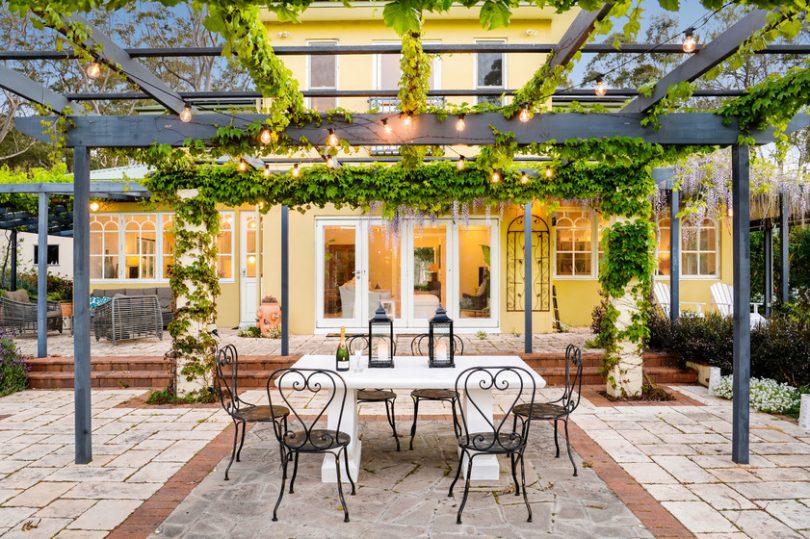 Other outdoor features of the property include fruit and ornamental trees, a pretty rotunda, two fully-fenced paddocks, and a new four-car garage and carport. 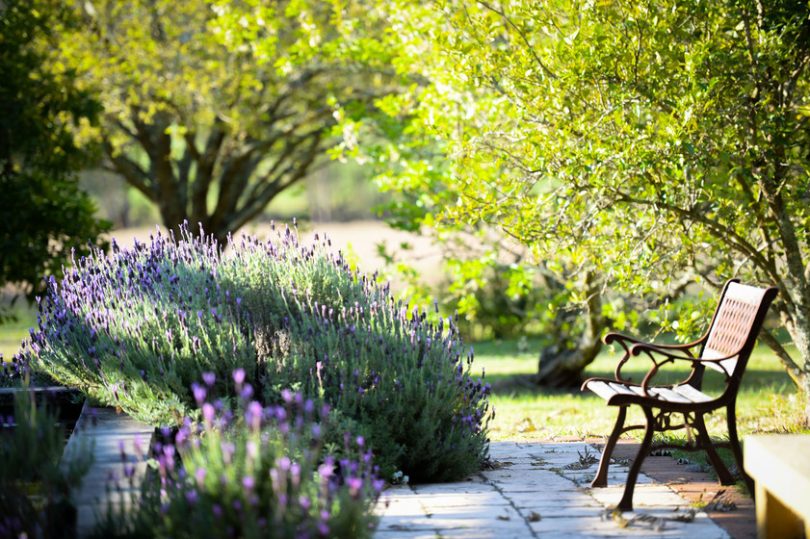 However, it is Lake Con which Emma sees as the “shining star” of the property.

“About three acres in size, it has three islands and is home to all sorts of birds, fish, turtles and more,” Emma said. 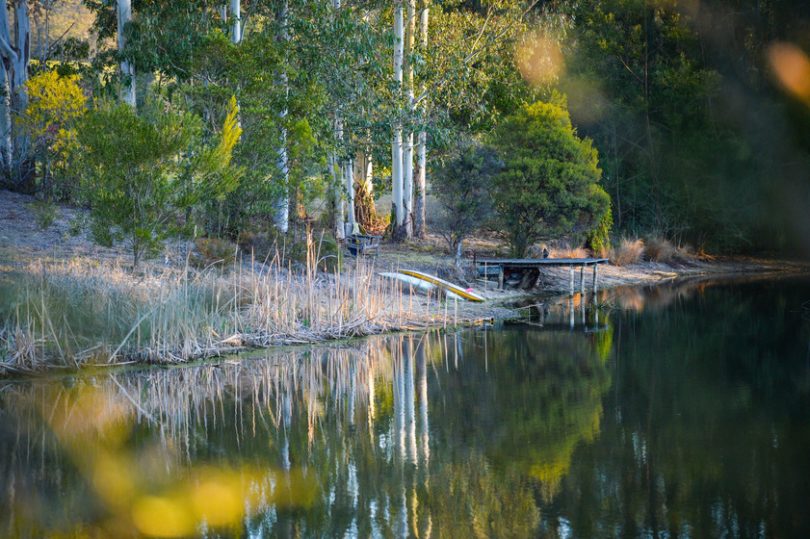 “One end is filled with waterlilies and aquatic plants, while the other end is much deeper – it goes down nine meters at the deepest point – and this is where we swim and kayak and play.

“We’ve created a path all the way around the lake, which we walk at least once a day.” 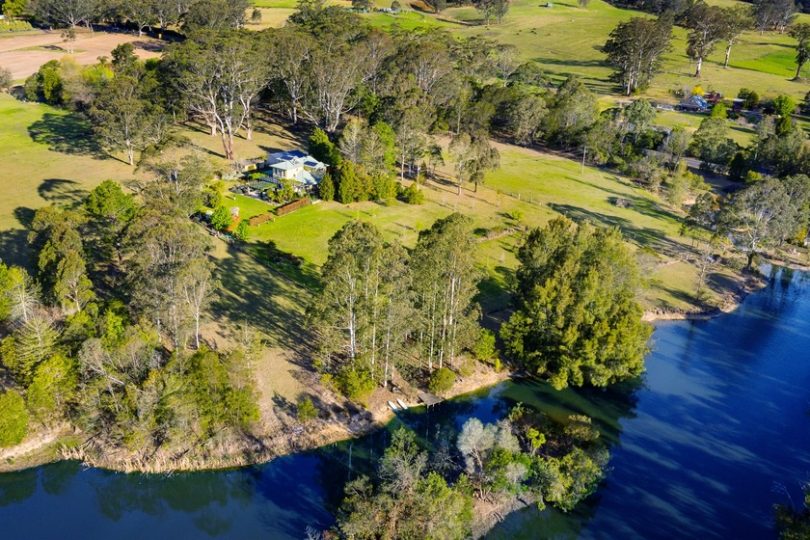 Kangaroo Valley is close to the larger towns of Berry and Bowral and only a little over two hours’ drive to Canberra and Sydney.

The property has a price guide of between $1.95 million and $2.05 million. For more information or to arrange an inspection contact the listing agent, Carrie Bond from South Coast Prestige Properties on 0421 449 846 or click here.

Below is a video of the property provided by South Coast Prestige Properties.

Mark Dawson - 13 minutes ago
Andy Kay "What does that mean: boost the immune system? Most people apparently think that the immune system is like a muscle,... View
Claire Lenehan - 53 minutes ago
Helene Jermolajew Thanks! Stay safe View
TheSilver - 3 hours ago
Of course no one want to get sick, but it is part of the human experience and unavoidable. The real question is, and always h... View
News 31

Tim Mak - 31 minutes ago
Summernats is fine. The people who attend them are not. View
Sam Austin - 2 hours ago
Fair enough but its 1 week a year. But there needs to be a place to do this stuff, think of it like a sporting facility golfe... View
Opinion 6

Luxury residence in Kangaroo Valley has flexibility at heart