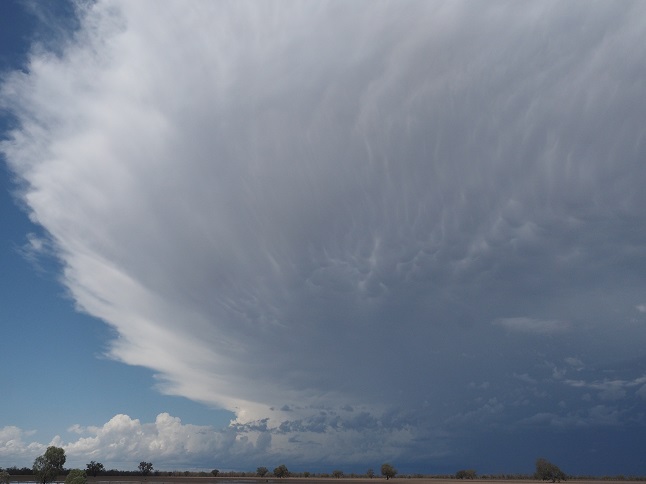 The Bureau of Meteorology has released a severe thunderstorm warning. Photo: BOM.

The Bureau of Meteorology has released a severe thunderstorm warning for the east of the ACT, including parts of the South Coast, Snowy Mountains and Southern Tablelands. The warning is currently for damaging winds and large hailstones, while heavy rainfall is also possible.

“I’d say that we will probably see that warning persist into the evening,” said Bureau of Meteorology forecaster Olenka Duma.

“I don’t want to say that it won’t be extended over the ACT at all. I think there’s a chance, but at this stage, where the storms are developing, there’s a bit of a boundary there that is intensifying those storms in that surrounding region.

“In terms of the storm’s themselves, they are moving reasonably quickly to sea, moving towards the east pushed from the west.”

The most recent storm events have been noticeably isolated compared to the thunderstorms in late 2021 and early 2022. The expectation is that this storm will be similar. Ms Duma said that isolated showers and thunderstorms are typical and that their re-emergence may signal the easing of La Nina, with more traditional storm drivers such as the ranges and topography becoming prevalent again.

“At the moment, it’s looking like where we have the warning currently is likely to be where we will see the larger storms. It’s just that the environment is a little more favourable there, and we have the ranges and the topography in that vicinity which is helping to intensify the storms,” she said.

“But, we could also see some severe storms developing through the Southern Highlands, and there is the potential for Canberra city and western parts of Sydney also to see some severe thunderstorms.”

While the thunderstorms remain only a possibility, they are expected to bring in a cool change over the next few days before returning to warmer summer-like temperatures in the second part of next week.

The ACT Emergency Services Agency has reminded the community that steps can be taken to prepare the home in the event of a storm. They include cleaning your gutters, moving your car under cover or away from trees, securing loose items around the house, avoiding travelling through floodwaters, and keeping at least eight metres away from powerlines should they fall. 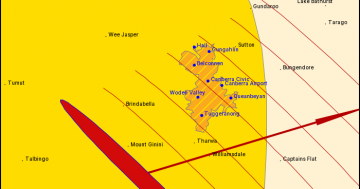