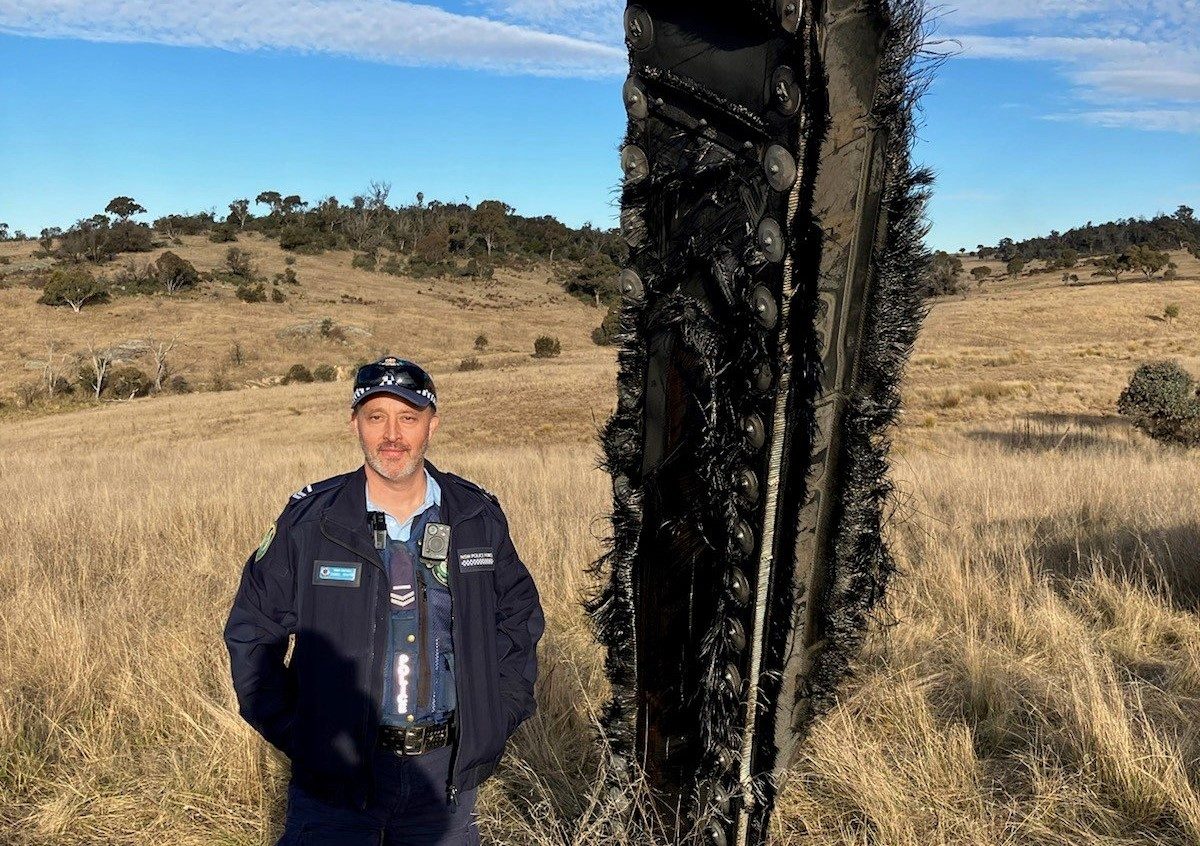 Mick Miners thought it was an old burnt tree at first, but as he drew closer to the tall black object wedged into a remote part of his paddock at 10 am on Saturday (30 July), he realised it was out-of-this-world.

“I didn’t know what to think. I had no idea what it was,” he told the ABC.

A three-metre-high piece of space junk had speared itself into his sheep farm at Numbla Vale, south of Jindabyne. It is the largest found in Australia since 1979 when a chunk of NASA’s Skylab space station crashed near Esperance in Western Australia.

READ ALSO Raise your hand, grab some binoculars and become a Waterwatch volunteer to observe platypuses

Two farmers have since come forward with more pieces of space junk, one from the property next to Mick and another from Moonbah.

The pieces are believed to be linked to a SpaceX spacecraft, which flew over NSW on Saturday, 9 July. Residents from as far away as Albury, Wagga Wagga and Canberra took to social media on the night to report flashes of light in the sky and a loud bang.

ANU astrophysicist Dr Brad Tucker said he gets lots of reports of space junk and “it’s usually easy to rule out”.

“I’ve never seen a piece of space junk fall like this – it’s an extremely rare event,” he said in a YouTube video. 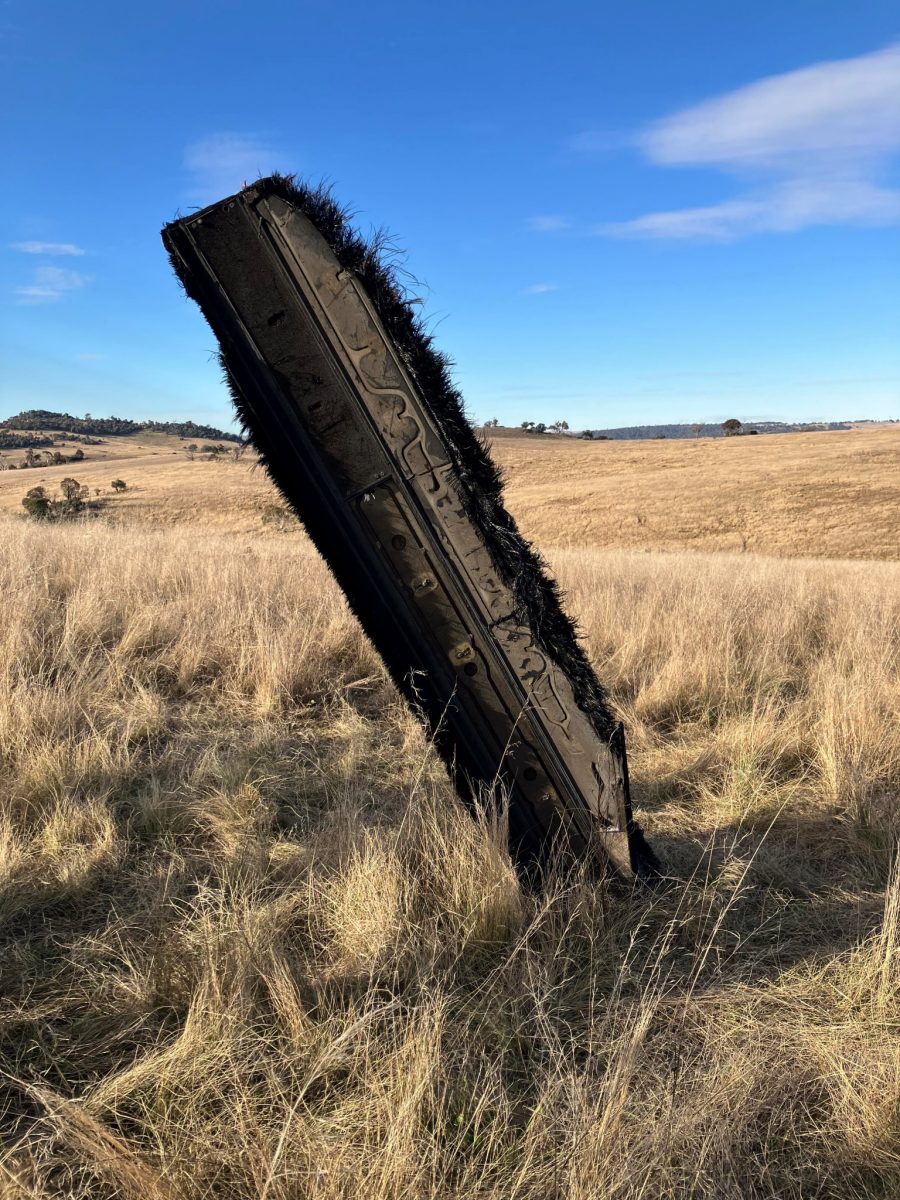 The space junk is believed to be from a SpaceX Dragon craft and crashed into the farm on 9 July 2022. Photo: Monaro PD.

“At that time, people heard the sonic boom re-entering the Earth’s atmosphere and saw the bright lights and bits breaking off. So we had a piece of junk that was catalogued over the area and seen and heard around the right time.”

Pieces of space junk enter the Earth’s atmosphere every day, but almost all of them are burnt up before they get anywhere near the ground. Because of its sheer size, this one survived.

On closer inspection, Dr Tucker found a serial number on the largest piece, another clue pointing to Elon Musk’s SpaceX Dragon Crew-1 craft, which launched in 2020.

The Dragon spacecraft is capable of carrying up to seven passengers to and from orbit and beyond while carrying large amounts of cargo in 37 cubic metres of storage space, or “trunk”. The trunk remains attached to Dragon until shortly before reentry.

Dr Tucker suspects the three-metre tall piece that speared into the paddock is the “fin of the trunk”. These fins sit on the circumference of the rocket to assist with aerodynamics during the launch phase of the mission and weigh approximately 20 to 30 kg.

“As you get up close, you can see all the detail and features and scarring from the heat on reentry,” he said.

“The carbon mesh was used to insulate cables and wires from high heat and radiation.” 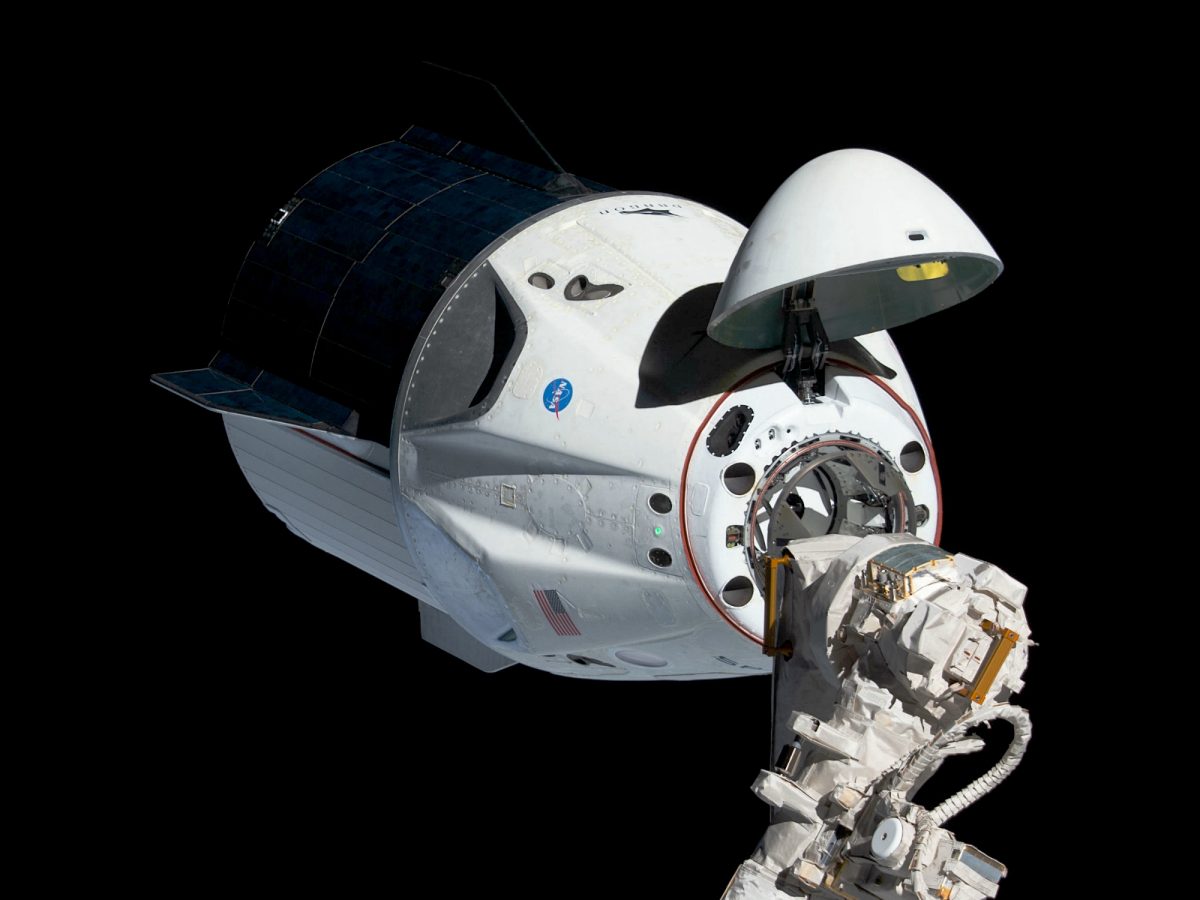 One farmer reported the find to the Civil Aviation Safety Authority and was told to contact NASA. From here, the Australian Space Agency and Monaro Police District (PD) became involved.

“We’ve sent some identifying features and symbols off for confirmation,” he said.

“There’s a bit of speculation as to who owns it, but we have to get 100 per cent confirmation. After all, there’s hundreds of tonnes of space junk circling the Earth every day.” 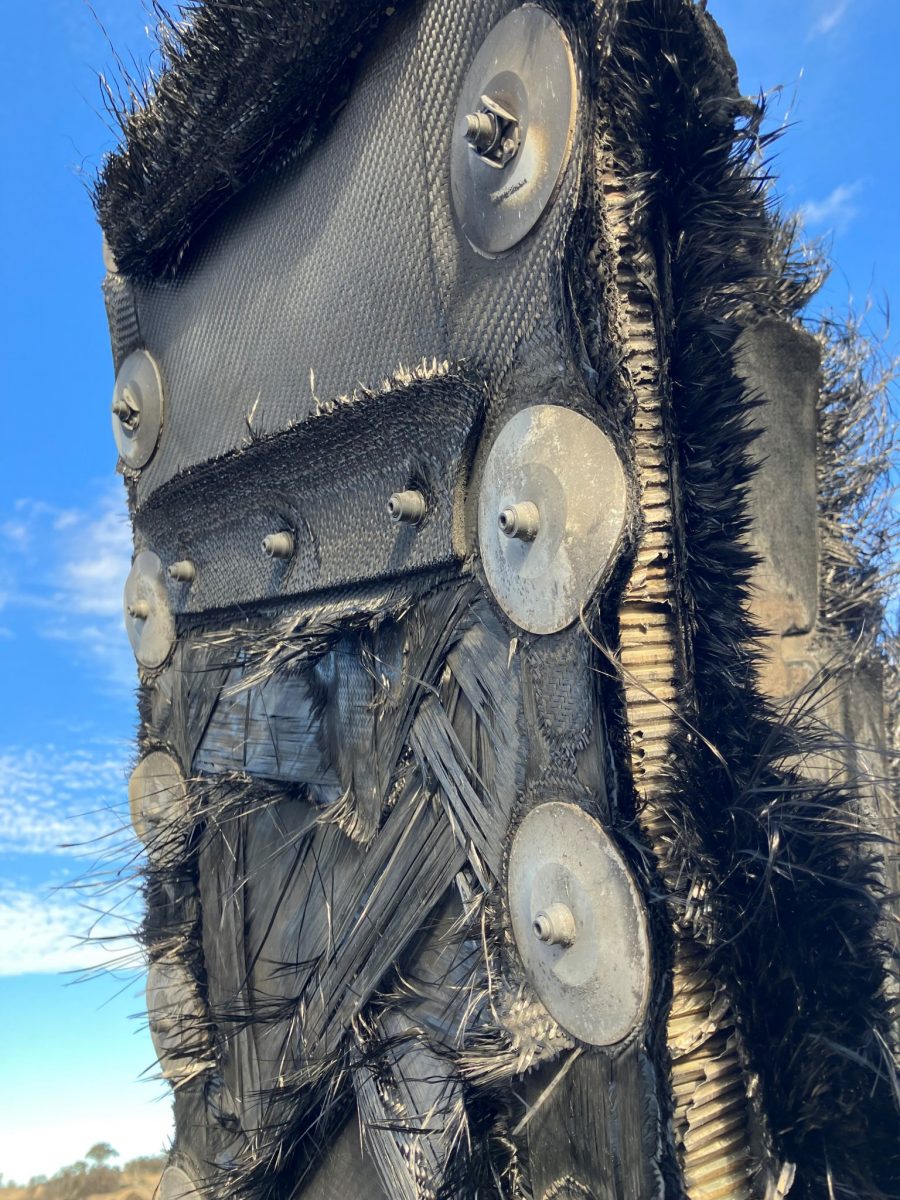 The carbon mesh is designed to protect wires and cables from heat and radiation. Photo: Monaro PD.

The objects will remain at the properties, but Superintendent Klepczarek reminded ‘space enthusiasts’ to refrain from trespassing on the private land.

“Not that we want to be spoilsports, but it’s out of respect for the land owners – they didn’t ask for this to happen,” he said.

If anyone does come across another piece of debris, contact Cooma Police on 6452 0099.

The fibers in composite material used to make spacecraft can cause eye and skin irritation, when the resin holding them together burns away. The Australian Transport Safety Bureau recommends wearing protective equipment, and keeping bystanders away. https://www.atsb.gov.au/media/27758/ar2007021.pdf#page=55