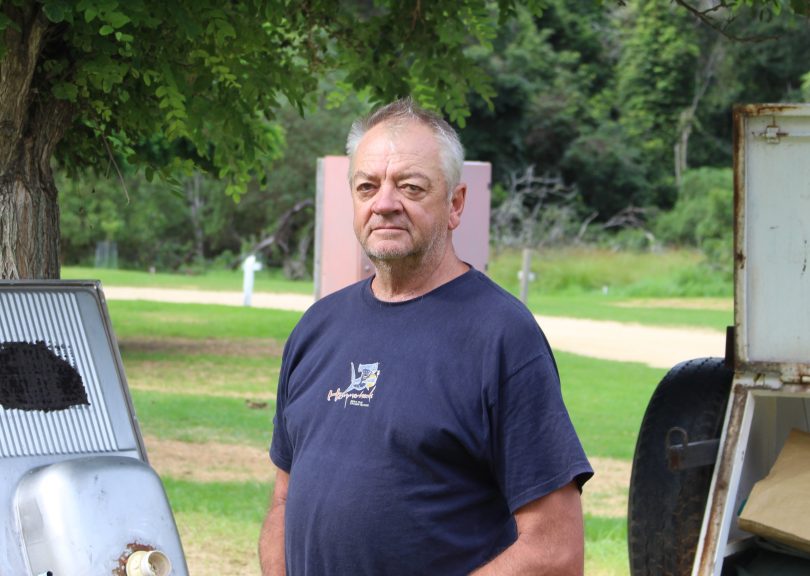 The last camper in Hobbs Corner for the summer of 2017/18 has pleaded for Tathra’s ‘unspoilt’ character and environment to be protected as he adds his own chapter to Tathra’s history.

This has been Stuart Howard’s eighteenth summer camping just across the road from Tathra Beach.

“I just love the place, it’s a bit more laid back than Merimbula,” Stuart laughs.

Campers start to arrive at Hobbs Corner in the week leading up to Christmas. By Boxing Day its 32 grassy sites are usually full.

Having campers in Hobbs Corner says summer holidays are here, in the same way that cricket on the radio does or cicadas calling at dusk.

Tathra’s more formal campgrounds are usually enough to cope with the town’s flow of visitors, but during the summer school holidays, the extra spaces at Hobbs Corner are called in to play.

Stuart was determined to be the last to leave this year, that happened last week. In the same way that campers arriving at Hobbs Corner says “holidays”, campers packing up says “back to work”.

Slowly folding away his tarps, tents, and camp kitchen, Stuart speaks of the friendships renewed and extended over the previous three weeks.

“Three other families come up from Victoria and we camp together, this is where I met them,” Stuart says.

“You end up knowing everyone, and you watch everyone’s kids grow-up, mine included. My bloke is 16 now, he first came here when he was three months old.” 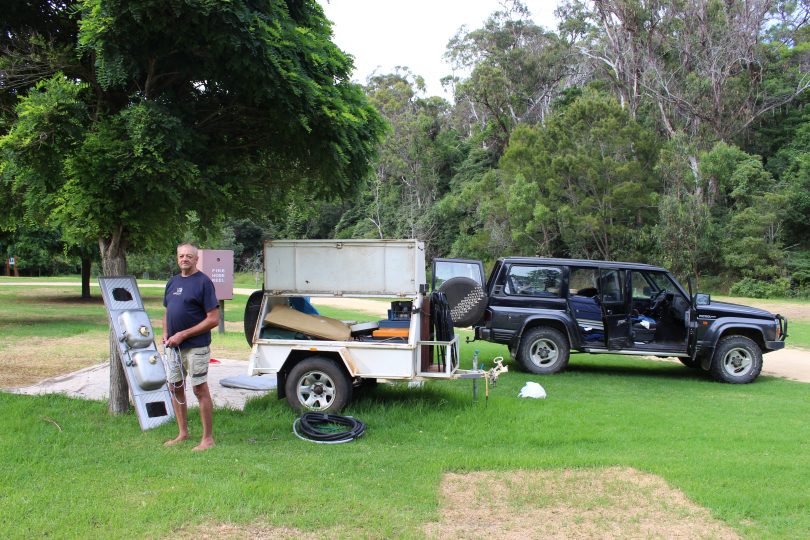 It’s a slow pack up for Stuart, who is a plumbing and gas inspector for the ACT Government. Photo: Ian Campbell.

People have been coming to Hobbs Corner to holiday since the early 1900’s. A “good road” constructed to access the steamers at Tathra Wharf meant that getting to Tathra Beach was easier than most.

“He used to set up there [Tathra] each Christmas, just on the left at the bottom of Beach Hill,” Ron remembers.

“And he built a wood-fired oven at his campsite, probably illegal but he got away with it.”

Ron and Doreen remember Nick Hobbs as a “likeable character”.

“He would have been the mayor of Bemboka if Bemboka had a Mayor,” Ron chuckles.

When his son Jack took over the business, Nick bought a house in Tathra, “He never had to camp again,” Ron says.

“The little house on the beach, just south of the surf club, used to be a little grocery store in summer for campers,” Jim says.

“And Mrs Caddy would set up a small hut and sell billy cans of hot water for threepence. She also sold ice creams from a canvas ice bag for as long as the ice lasted.”

Stuart is back at work this week as a plumbing and gas inspector with the ACT Department of Environment and Sustainability, but his history with Hobbs Corner looks set to continue next summer.

“We’ll bring the boat next year,” he says.

“But please, don’t wreck this place, just leave it the way it is.

“Sensible development please, it’s such a great place, it would be a shame to see it wrecked and over commercialised,” Stuart pleads.

Hobbs Corner will fill up again at Easter. In the meantime, Tathra’s population of kangaroos will have control, part of the unspoilt charm Stuart points to. 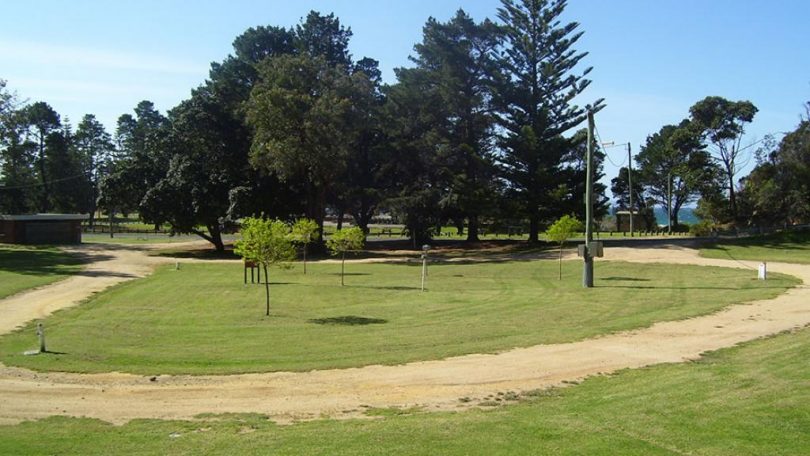 Is there a place on the coast you’d hate to see commercialised? Share your thoughts with us by commenting below.

Michelle Lussick - 10 minutes ago
Robyn Whitney Soxy’s Hut we knew it as. View
John Moulis - 7 hours ago
A camera was affixed to the beacon on Mount Ainslie when construction of new Parliament house started in 1980. It took one ph... View
Lifestyle 20

Robyn Baer - 1 hour ago
Drove back today. LOTS of potholes due to the rain. View
Jenny Drenkhahn - 7 hours ago
not to mention changes further South in the Bega Valley Shire; rebuilding in Cobargo and Tathra, Twyford Hall in Merimbula ;... View
Lifestyle 9

Doug Jackson - 1 hour ago
Really bad plan. If you need a fence then you may not be paying appropriate attention to your child. Even with a gate somebod... View
Cary Elliot Johnson - 5 hours ago
Claire Lee Koo because its a democracy with varying opinions on an open column. View
Elizabeth Jones - 5 hours ago
I saw the petition but it wasn't clear it was supposed to be a few fenced playgrounds per region. I know being in an older pa... View
Opinion 67

Peter Marshall - 1 hour ago
Wayne Martin the long term effects of the polio vaccine aren't known. Everyone might drop dead seventy years after receiving... View
Wayne Martin - 2 hours ago
Argo Jones and how is that when it hasnt been fully trialed and the long term after efects are unknown View
TimboinOz - 2 hours ago
But they are NOT taking just 'their chances' they are behaving as if they are more important than anyone else. View
Lifestyle 2

chrisJ - 6 hours ago
It is good to hear that new public toilets are included at Kaleen and Duffy. None of the 11 centres listed for an upgrade are... View
Public Sector 5

kenbehrens - 6 hours ago
Isn't bringing forward future infrustructure builds going to create a construction vacuum down the track? The other issue of... View
shannos - 6 hours ago
Exactly, investors chasing capital gains and creating a self -sustaining ponzi growth model at the expense of our younger gen... View
shannos - 6 hours ago
Too much emphasis on infrastructure and construction which is cyclic transient employment relying on developers growth model.... View
show more show less
*Results are based on activity within last 7 days

@the_riotact @The_RiotACT
They may not be haute cuisine, but #local cookbooks are full of treasured family #recipes for everything from apple cake to homemade Irish liqueur. What's on your shelves? https://t.co/nHni3nSBrk (1 hour ago)