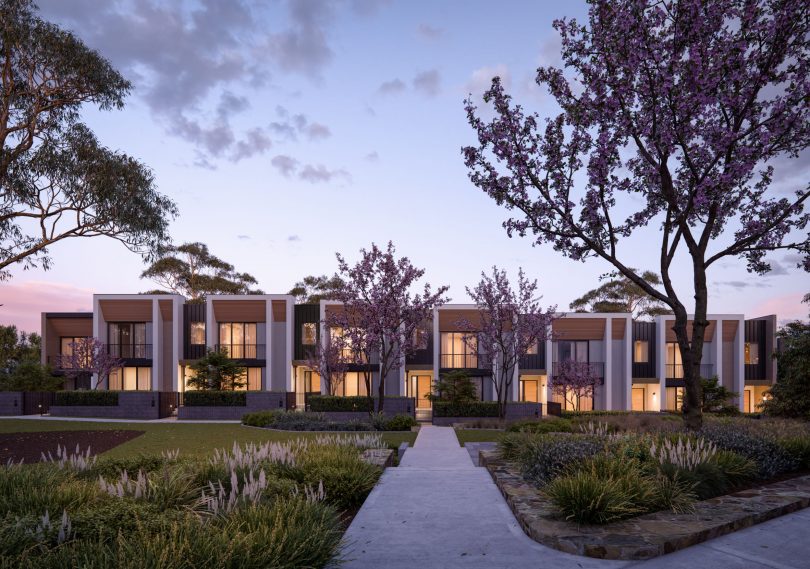 The Terraces at The Parks – Red Hill. Image: Stockland.

Anyone interested in buying a terrace home in The Parks development in Red Hill will have one last chance with the final release announced.

Stockland has partnered with Canberra developer DOMA to create the sophisticated community of apartment residences, terraces and homes to provide an urban lifestyle connected to nature, six kilometres south of the CBD.

The six two-storey homes are part of The Terraces, which is almost 90 per cent sold, and are well suited for family living and entertaining within contemporary indoor and outdoor spaces.

In October, Stockland achieved a sales record when it sold “The Ironbark” terrace, the largest in the community at 232 square metres, for $2.1 million. With three bedrooms and two living areas, this home is complemented by generous alfresco and balcony outdoor entertaining areas. 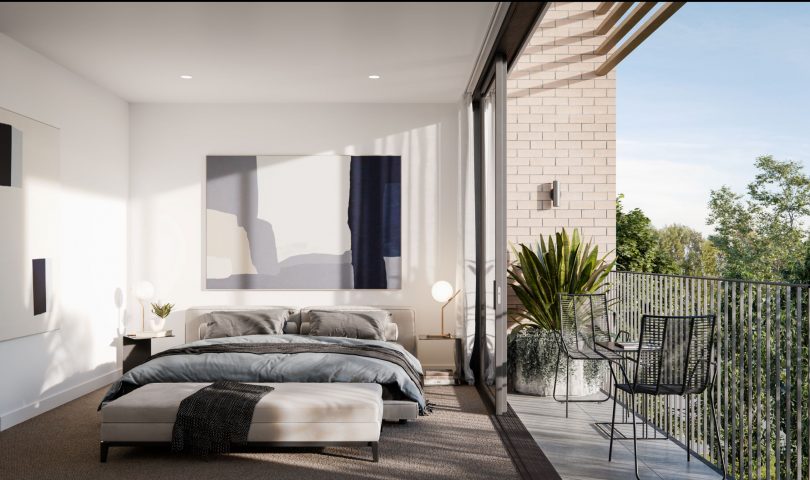 Bedroom and balcony at The Terraces, The Parks – Red Hill. Image: Stockland.

All six homes will incorporate at least an 8-Star Energy Efficiency Rating with double-glazed windows and solar panels as standard, meaning buyers can look forward to lower energy bills from reduced heating and air-conditioning requirements.

Stockland’s National General Manager, Development Communities – Built Form, Ben Cantwell said the company had been known as a leader in master planned communities for some time, and now, with projects such as The Parks in Canberra, it had successfully expanded into medium-density residential development.

“Across Australia, our medium-density communities have been extremely popular with people seeking a low maintenance lifestyle in homes that are well designed, sustainable and come complete with high-quality finishes and appliances,” he said.

“Fitting of the nation’s capital, The Terraces are a stand-out – from their architectural design and luxury features to their beautiful setting with manicured streets, leafy parks and panoramic views of the city and surrounding mountains.” 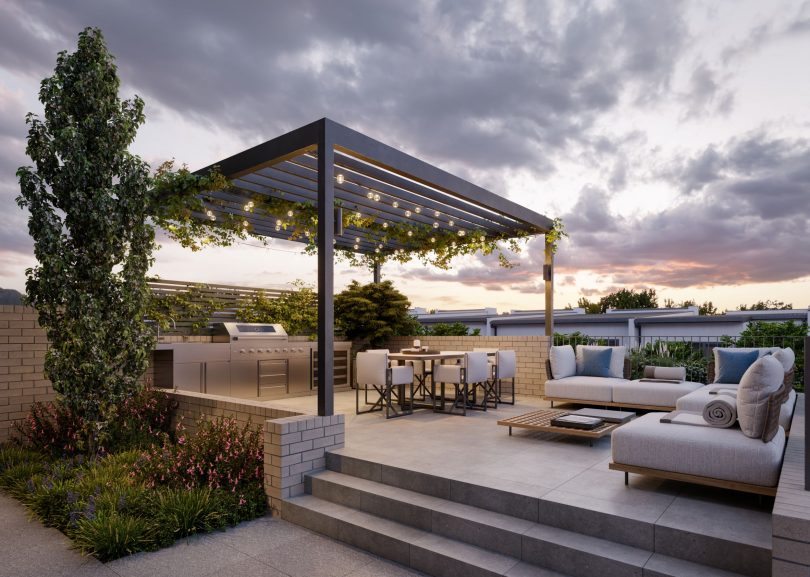 The outdoor entertainment space at The Terraces, The Parks – Red Hill. Image: Stockland.

Senior Development Manager, Nathan Donn, said The Terraces had been incredibly popular with people looking to secure a luxury home in the inner south at a highly competitive price point and with its own separate title – which means there are no ongoing body corporate expenses.

“Our customers have also been excited by a rare opportunity to live in a brand-new home that is built to efficiently respond to the extremes of Canberra’s winters and summers in a setting that provides great access to the great outdoors with its parks and bike paths,” he said.

“Our first customers are excited to be moving in next year which will bring the new community at Red Hill to life.”

Despite the impacts of COVID-19 this year, settlements with homebuyers have progressed and construction has started on the 25 land lots and both stages of The Terraces.

Errol Jobsz - 12 minutes ago
$10 million won't go far on that road. View
Brett Griffiths - 1 hour ago
Excellent! It’s the best bypass road, onto Jerangle then Bredbo, for when the Monaro highway is shut down, as it was recent... View
Topher Garlik - 1 hour ago
10mil that will fix the pot holes, if they serious can double that 💰 View
Lifestyle 20

@the_riotact @The_RiotACT
#DixonAdvisory - for decades the first choice for financial advice in #Canberra - has entered voluntary administration due to mounting liabilities, potential class actions and penalties owing to the corporate watchdog https://t.co/3IHElcJyLS (41 minutes ago)