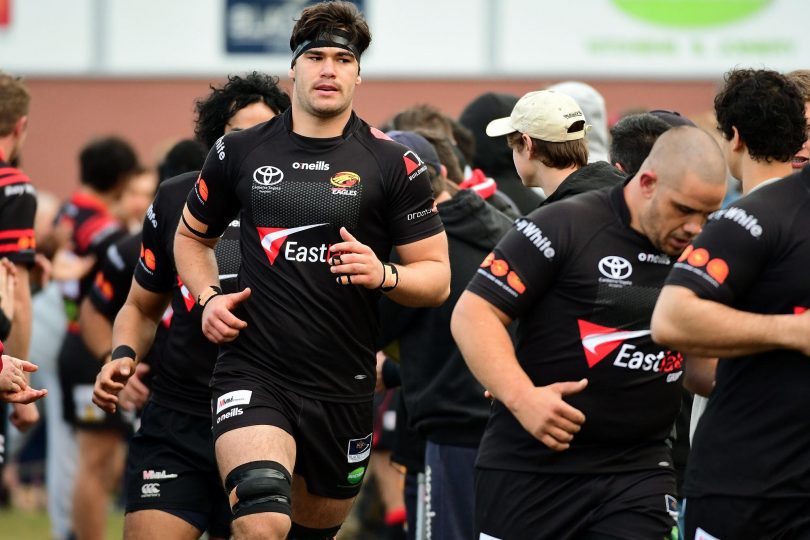 BJ Edwards’ first game for Eagles was a baptism of fire against Uni-Norths nearly two months ago. Photos: Supplied by Gungahlin Eagles.

He might have played games for UK rugby heavyweights Bristol Bears, Cardiff Blues and Leicester Tigers, but Gungahlin Eagles flanker BJ Edwards said he had never been more nervous than before kickoff in his side’s do-or-die clash last Saturday afternoon (28 July).

The race for the remaining spot in the John I Dent Cup top four came down to the last round of the regular season, with the Queanbeyan Whites and the Gungahlin Eagles fighting for the coveted position. Queanbeyan was left helpless on the sideline, with the Eagles needing a bonus-point win to sneak into the top four.

“I genuinely have never been in a more anxious or stressful situation where we had to a) win, and b) score four tries,” Edwards said.

The Eagles annihilated Uni-Norths by 42-points with a seven-tries to one demolition job against the Owls, breaking Queanbeyan hearts in the process.

“When you are put in a situation like that, it can either really make a team or break a team,” Edwards said.

“I think it actually helped us quite a bit because we reverted to a really attacking style of play; we didn’t kick a goal when we had an opportunity to do and we threw the ball around a lot more and had plenty of offloads, so I think the pressure really worked in our favor. 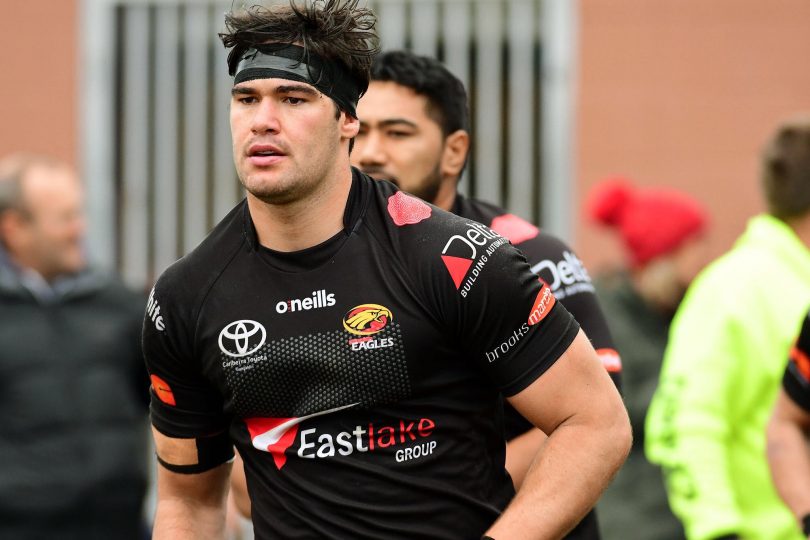 Halfway through their season, the Eagles looked dead and buried with just one win after the first 10 rounds of the season but their turning point came with a 20-12 win over Royals in round 11. Since that shock victory, the side has won five of their past six matches, snatching the last finals position.

Edwards’ first game for Eagles was a baptism of fire against Uni-Norths nearly two months ago when he came off the bench for the last 30 minutes with his side only having 12 players left on the field after two red cards and another teammate sent to the bin.

Despite playing the majority of the game with fewer men on the park, the Eagles almost pinched it at the death but ultimately fell 25-24. Since that match, Edwards has been in the starting XV for the Eagles and has been dominant in the number six jersey.

Living in the UK for the past three years, Edwards pursued his rugby career overseas after only taking an interest in the sport as a 20-year-old. Instead of spending hours training on the paddock as a youngster, the New South Welshman spent most of his time on the water, rowing with his brother.

“I wanted to be a professional rower but pursuing rowing at a high-level is very time-consuming. It requires early mornings and training all the time so I decided it wasn’t really for me because I never really had time for myself,” he said.

“So I started playing for Easts’ Colts in the Shute Shield for the social aspect because some of my schoolmates were playing there. The following year I started playing first grade which was a bit of a surprise and then it got serious all of a sudden. 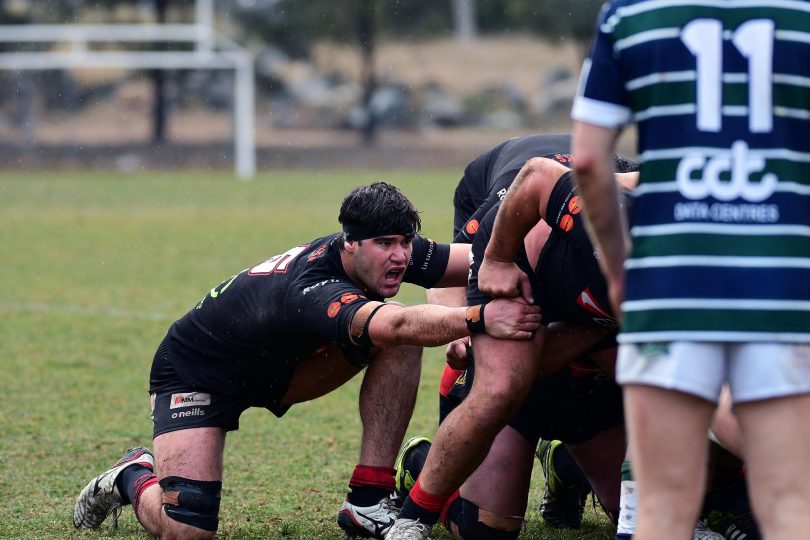 “Opportunities came knocking overseas so I went from there but in reality, it was just for fun. It is one of those sports that no matter what level you are playing at, it is a lot of fun.”

His side will take all the momentum into their semi-final clash when the sides meet again this weekend, but Edwards knows the side they played on Saturday won’t be the same one that shows up at Viking Park on Sunday afternoon.

“It is cliche to say that we are playing a different team but that is the reality of it,” he said. “Uni-Norths are a quality side and they have pulled off some really good wins this year, so I honestly think we will be facing a very different team that we faced in Gungahlin on Saturday.”

Christopher Cuba Rabanal - 42 minutes ago
How about a six day week with every Sunday shut. Where everything is closed in a Sunday Sunday is family Day ?... View
Valerie Foster - 4 hours ago
Been talking about that for years. View
Community 44

Women’s baseball back in full swing after year hiatus