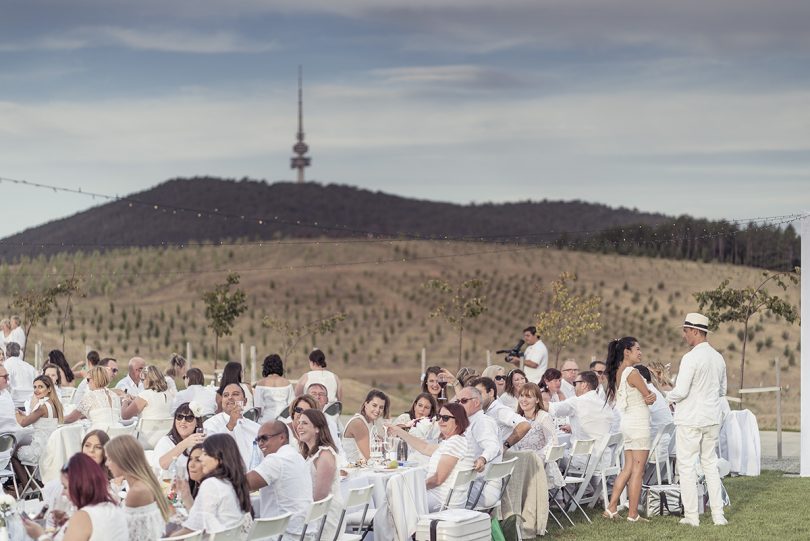 Hundreds of people, dressed all in white, carrying tables, chairs, cutlery & crockery all meet for a mass “chic picnic” in a public space with the secret location revealed at the last minute. Sounds mysterious? Well, that is the premise of “Dîner en Blanc”.

In 1988, after spending a few years abroad, Frenchman François Pasquier returned home and wanted to organise a picnic to reconnect with old friends. The concept was simple: “Bring a meal, and bring a new friend.” Seeing as his garden was too small to receive all the guests, he told them to convene at the Bois de Boulogne, the beautiful large public park located along the western edge of the 16th Arrondissement of Paris and to dress in white, so they could find each other. This friendly gathering became so popular that it grew over time. It is now bringing together over 10,000 friends of friends every year in Paris. Nearly 30 years later, François Pasquier still organises the Parisian Dîner en Blanc with those same friends and the event has become a global phenomenon and is now hosted internationally in cities around the world. 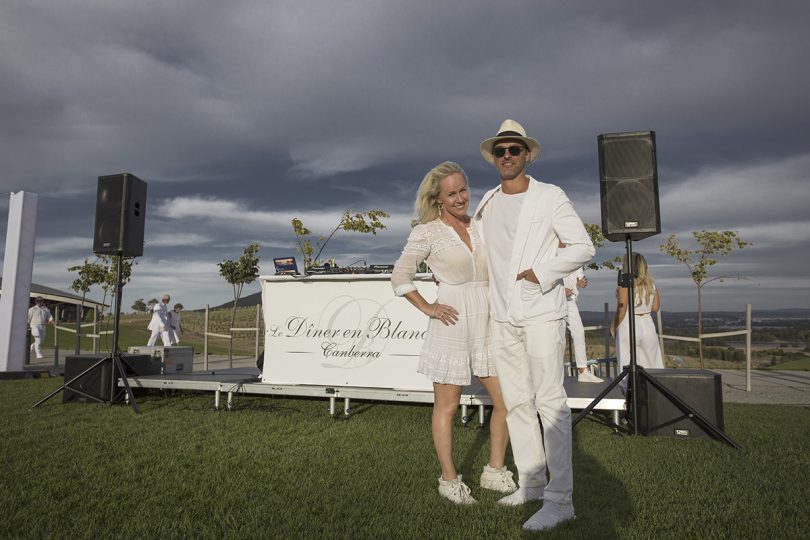 Antoine Bessis took up the challenge of hosting and resurrecting the event in the capital for 2018. Born and raised in Paris, after graduating from the oldest hospitality management school in the world, Ecole Hôtelière de Lausanne, he moved to Australia in 1997, saying, “I live in Sydney and have worked in hospitality, marketing and events for over 25 years.”

“My wife Rachel & I introduced the massive chic picnic Diner en Blanc to Sydney in 2012 where it has since become a must to attend as part of the social calendar. We both are passionate about connecting people and orchestrating special moments.”

“Rachel & I had the privilege to be invited in 2011 to the Paris edition on the forecourt of Notre-Dame de Paris. It was a lightbulb moment and an amazing experience we felt we should share with our friends back in Oz.” 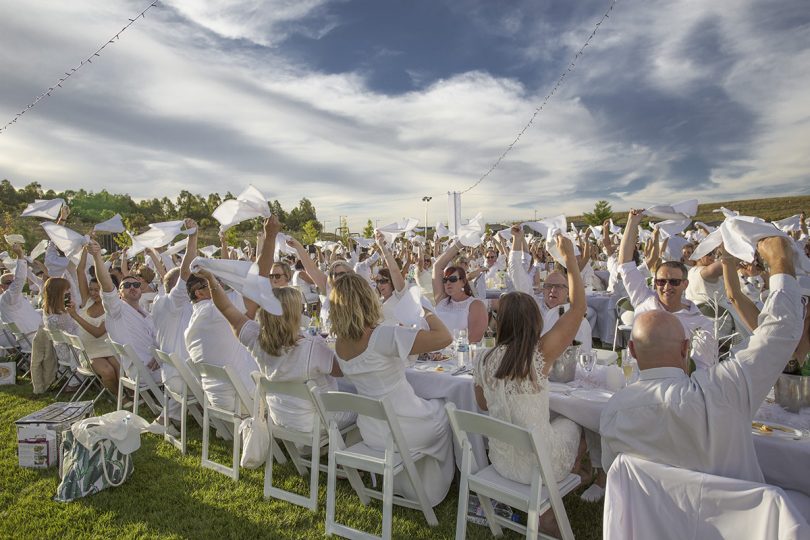 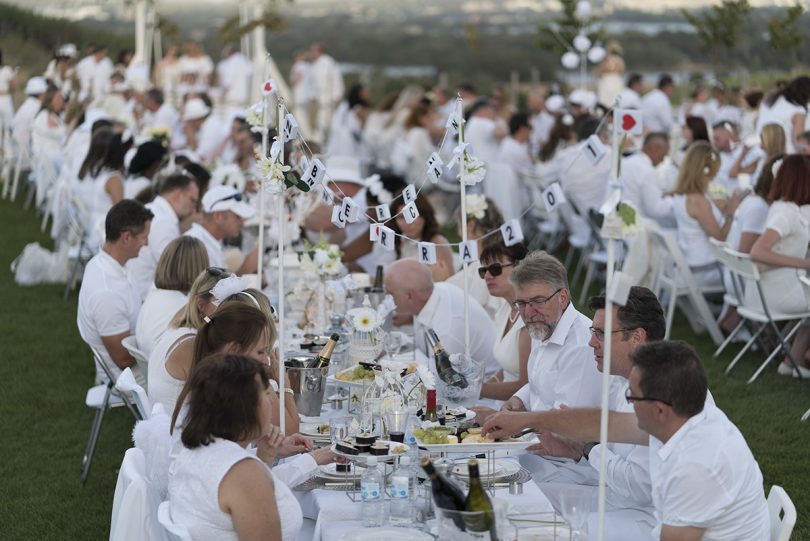 Since its humble beginnings in Paris, the concept of Diner en Blanc has brought with it some beautiful and endearing traditions, along with all the diners being dressed in white and bringing all the requirements for a chic sit down picnic including a tablecloth and crockery (all in white, of course). The beginning of the meal is announced by the napkin wave, which is quite a sight en masse, and once the sun goes down the party really kicks up a gear with a live DJ and lighting of giant sparklers.

When asked what he loved about the concept, Antoine said “Everything! The mystique of the secret location, the white fashion (everyone looks amazing in white!!), the creativity of the table decorations, the foodie vibe, the sincere camaraderie, the palpable joie de vivre, the lovely napkins wave and the spectacular sparklers moment and of course, the party.”

He was keen to resurrect the event in Canberra saying “We both had been numerous times to Canberra for business and for pleasure. We felt it was unfortunate the weather had impacted the previous editions as it did.”

“Canberra’s truly spectacular architecture and urban design, the beautiful nature in and around the city, the quality of the food & wine culture, the diversity of the community and its inclination to embrace an event like Diner en Blanc… we had to give it another go!” 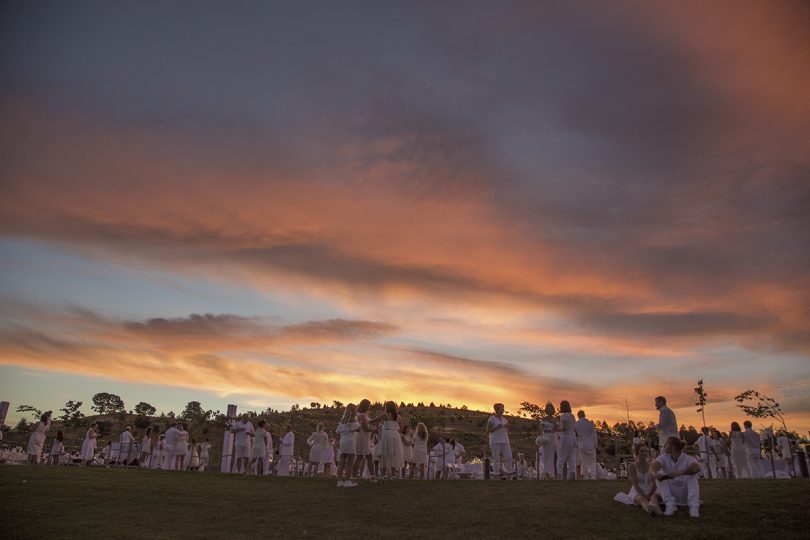 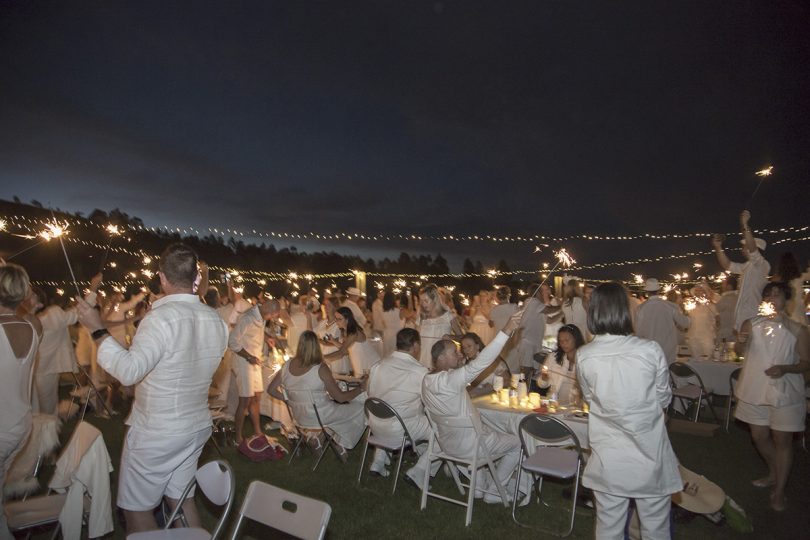 So on a warm February night, a few weeks ago, hundreds of locals all dressed in white converged at the National Arboretum Canberra for Le Dîner en Blanc Canberra. Antoine said “We had a few locations in mind to reboot the event but we fell in love with the National Arboretum Canberra as soon as we saw it. The story behind it, the vision for it, the passion and dedication of the people that care for it, everything resonated with doing the event there.”

The good news is that the event will be back for 2019, with Antoine saying “That would be a resounding OUI. This year’s attendees will automatically be invited.”

Canberrans wishing to attend for the first time register on the waiting list at canberra.dinerenblanc.com/register

Shane McMinn - 18 minutes ago
Quangers, or the Socialist Republic Of Queanbo.. View
MERC600 - 2 hours ago
Quangers has it all over Canberra these days. No graffiti , grass mowed and no rubbish floating about. The other article on t... View
Sarah Winders - 3 hours ago
Lorraine Neville what do you all call it? View
Sport 18

Hot in the City: There’s lots to love at ILY in NewActon