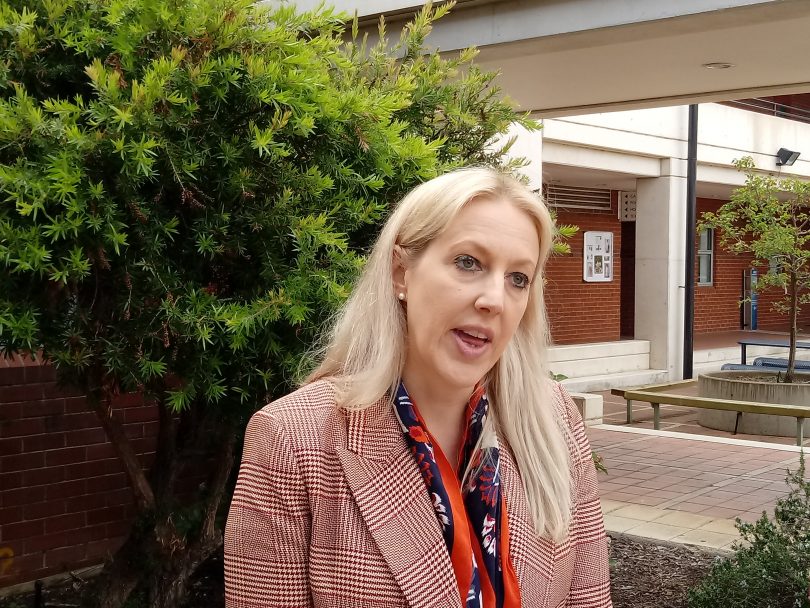 Dr Emma Campbell: first time that so many members of the Canberra community will have a chance to watch a head-to-head discussion involving all three leaders. Photo: File.

Leaders of the ACT’s three main political parties will go head to head in the first debate of the 2020 campaign next week, and in a first for the ACT, a live interactive broadcast will enable all Canberrans to participate.

At this stage, it is also the only election forum with all three leaders confirmed in attendance.

The ACT Council of Social Service (ACTCOSS) will host the first leaders forum at Hotel Realm next Wednesday 2 September, at a particularly challenging time for the ACT. Region Media will partner with ACTCOSS to live stream the event.

The forum will be broadcast live online enabling all Canberra’s voters to watch and participate – a first for the ACT.

“This will be the first leaders forum of the 2020 ACT election campaign and the first time that so many members of the Canberra community will have a chance to watch a head-to-head discussion involving all three leaders,” ACTCOSS CEO Dr Emma Campbell said.

“This year has seen many challenges for Canberra but a move to increased online communications has provided an important democratic opportunity for the 2020 ACT Election.”

Dr Campbell said this election would determine priorities for the ACT Legislative Assembly until 2024 on major social issues including health, housing, planning, transport, justice and vital community services in Canberra.

The election campaign officially begins when the ACT Government goes into caretaker mode on 11 September but the parties are well and truly canvassing votes, running political advertising and making announcements.

Due to the pandemic, early voting from 28 September has been encouraged, before the official polling day on 17 October.

To meet COVID-19 physical distancing requirements, the public open forum will be held online from 1 pm to 2 pm and live-streamed on the ACTCOSS website with Auslan interpretation.

A small live audience will be invited from representative peak and community groups.

“Broadcasting this event online means that, for the first time, the ACTCOSS 2020 ACT Election Leaders Forum will be open to the whole Canberra community,” Ms Campbell said.

Register via http://bit.ly/ACTCOSSForum2020 by 12 noon on Tuesday 1 September 2020 to receive the free webinar link.