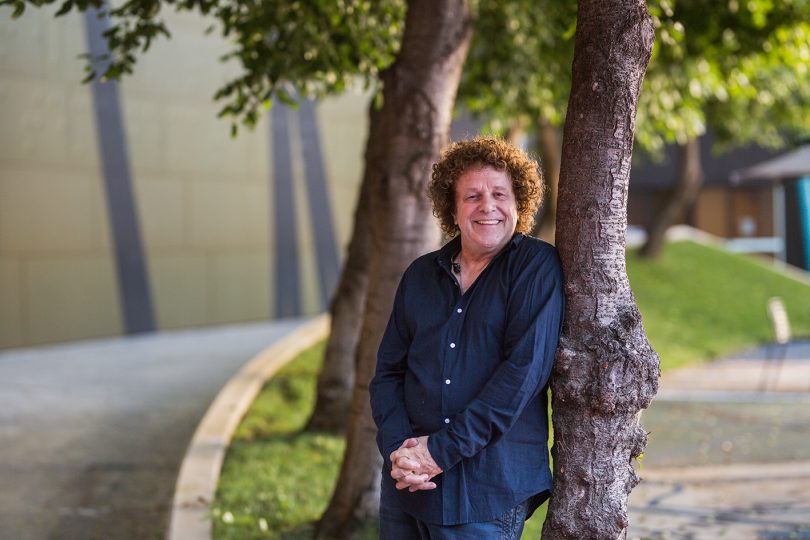 Leo Sayer is returning for the second Can Give Day. Photo: Canberra Hospital Foundation.

Want to rub shoulders with a rock icon and lend a hand to Canberra Hospital?

The performers will submit audition tapes from which the top eight performers will be selected. They will then join judges Leo Sayer, Lucy Sugerman and Gemma Maddox in performing via live stream, with the judges and public voting to determine the winner.

The winner will receive mentoring from Leo, a paid gig at the Canberra Hospital Foundation’s summer concert and a cash prize of $2000.

To enter, the contestant must have roots in Canberra. They then set up a profile with a picture, bio and at least one publicly accessible, recorded performance. It’s encouraged to perform songs suitable for a general audience (so music with explicit lyrics or content will not be accepted).

Auditions will close at midnight on 25 October.

The Canberra Hospital Foundation will select finalists based on the quality of the performance, originality, its audience reach and the donations it receives. Finalists will be announced on 26 October.

The finalists can perform live from their home or, COVID permitting, at a studio organised by Canberra Hospital Foundation. The winner will be determined by the judges’ vote and total donations, with both factors weighted at 50 per cent each.

Can Give Day Live is part of the 24-hour ‘festival of giving’, which includes a separate LEGO competition, self-run fundraisers and the opportunity to send a gift to a healthcare hero. Last year, Can Give Day raised $315,000 and funded 14 new items and services for Canberra Hospital patients.

To enter the virtual singing competition, head to the registration page. Further details on the other Can Give Day events can be found here.

Peter Graves - 4 hours ago
One significant fact and feature was omitted in this article and was only apparent by a careful reading of the sign in the to... View
Nick Swain - 5 hours ago
The location of the Mt Ainslie tradesmen's camp is a little unclear. Corner of Ebden and Chisholm Sts could be where the ACTE... View
TimboinOz - 7 hours ago
Hi Marg, Honour and Michael were close friends of my Mum and Dad from just after WWII onward. They were among my retreat opti... View
Lifestyle 2