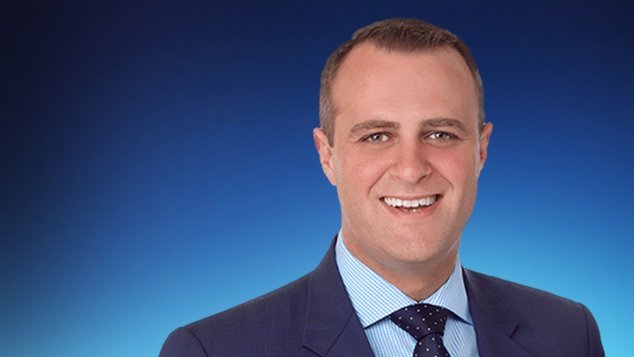 Member for Goldstein Tim Wilson says Canberrans are “cushioned from the reality of where people actually make money…”. File photo.

In an extraordinary radio interview, Liberal MP Tim Wilson has claimed that Canberra is “a massive government bureaucracy” that is “cushioned from the reality of where people actually make money and make investments off their private capital”.

Wilson, the Member for the Victorian seat of Goldstein and the former Human Rights Commissioner, was being interviewed on ABC Radio Melbourne along with Member for Fenner and Shadow Assistant Minister for Treasury Andrew Leigh in a discussion that began with the raids on News Corp and the ABC, devolved into why Labor lost the election but ended with Wilson claiming he had been “massively verballed”. Region Media is quoting directly from the interview transcript.

Presenter Raf Epstein then asked “Why do you feel it necessary to insult a whole other batch of voters just to make a political point?”, adding later “I would like you to address the idea that simply because you’ve not invested in a business, you can’t make a decision about economic policy?”

Wilson denied he was making that inference, but continued “What I said was that Andrew comes from a town which is mostly government. If you want to pretend that’s not the reality that’s your choice. That’s 100 per cent reality, so that’s a pretty simple observation.”

The interview then diverted into whether a public servant was able to properly make decisions about economic policy. Wilson said “It is a government town. What I’m saying is people on the ground who invest, who grow jobs and create opportunity outside in other parts of, outside of Canberra in other parts of the country, have a different perspective.”

Andrew Leigh responded towards the end of the discussion. “Reluctant as I am to inject facts into this, I would point out that in the ACT 63.8 per cent of workers are employed in the private sector. It’s a two-thirds private sector town and I suspect my constituents would take a pretty dim view about being dismissed offhand by Tim Wilson.”

The exchange takes place following the ACT budget presentation and addresses by the Chief Minister, who pointed out to the Canberra Business Chamber yesterday that the ACT economy already outstrips those of Tasmania and the Northern Territory and is potentially set to exceed the South Australian economy within coming decades.

The Chief Minister says that the ACT receives less federal funding per capita than any jurisdiction other than Western Australia and NSW via the GST, a gap he says amounts to around $1215 per capita or $300 million across the city. The government’s aim over the past decade has therefore been to decouple the economy from over-reliance on the public purse and public service and to build a knowledge economy that capitalises on the city’s strengths in technology, innovation and research.

Around two-thirds of those jobs are in the Commonwealth public service, while the ACT Government’s own public service accounts for the remaining third.

Karen Betts Tim should crawl back into the hole from whence he came..

You know...I’ve always wondered why Canberra, which does have a lot of public servants...has always had a strong Labor following.

Where are the ACT Liberals, leaping in to defend their city state? Sounds of silence. This is Zed's party.

And yet, there are some people who vote Liberal... who seemingly do not have any respect or understanding of our excellent city.

Mr Wilson: you are conflicted: you set as a chair of a parliament committee while showing people a business called Wilson wealth or similar. This is s conflict of interest in my opinion. Also in my opinion you are not fit to sit in the parliament.

He needs Andrew Barr to counsel him.

But hey I love this city, including the politicians in their bubble. It growing, it's dynamic, diversified and surrounded by nature unlike smoky polluted Melbourne and Sydney. Yes and I've lived in North Queensland, the Gong and southern Spain.

News flash for ACT residents. Most of Australia has a similarly low opinion of the Canberra ‘bubble’.
The fact that so many Canberrans think he’s expressing some outrageous and controversial views indicates how right he is.

I live in Queensland and I think Tim's a pillock too. He's becoming nastier as time goes by and it appears to me its more about Tim seeking to impress some of the, more naturally nasty beggars amongst the Lib power brokers, "hey, look at me I'm really just like you".

someone with a big mouth and a little brain..!

Because as one of those fly in, fly out workers who spend their time here cushioned in Parliament House, he knows all about Canberra!

For anyone who wants to check, Tim Wilson has no business experience at all. He’s trained in Public Policy and spent his whole career in “Think tanks” and Government jobs. https://en.m.wikipedia.org/wiki/Tim_Wilson_(Australian_politician)

Babs Mabbs the IPA isn't a think tank. It's a reactionary echo chamber, informed by social mores from the 1950s.

Idiot ... doesn’t he realise that a lot of PS come from interstate, country towns and are in the job because they want to affect change through policies!

And let me say, big city dwellers are also in a bubble, oblivious to the suffering we are enflicting on our natural environment and wildlife.

Pure conjecture on my part of course, and I’m probably wrong. Being a citizen of Canberra I am out of touch after all.

Why would anyone vote Liberal in the ACT as they basically don’t like us!

Yep in many ways he is correct

Alex Nicolson - 59 minutes ago
Albert Blair It did show the gubmint was trying to do something but I agree it seemed pretty ineffective. View
Scottie Zuxkerberg - 7 hours ago
I had no idea these vouchers were on offer, so a 100% total failure from my perspective... pretty much the usual from this in... View
Daniel Oyston - 7 hours ago
Scott Abela sorry, confused how free parking would fix it all 🤷‍♂️ View
News 35

Tim Evans - 1 hour ago
They were useless. View
Justin Alexander - 6 hours ago
Bekah Glaz there are drastic shortages in certain subjects (in some schools 70% of their “maths” teachers aren’t traine... View
Bekah Glaz - 7 hours ago
Justin Alexander I moved to ACT from WA, and couldn't get a job in teaching. There isn't a shortage of teachers, there is a s... View
Community 1

aussie2 - 3 hours ago
I recall asking for our local Theodore oval to be irrigated and was told there was no plan-use Calwell instead. Yet the kids... View
Motoring 1

ChrisinTurner - 3 hours ago
Imagine the performance it would have if it was an EV. View
Food & Wine 10

Kate Eliza - 7 hours ago
Hristo we are building a farm house right now and can Def attest to the huge increase in costs of building materials.. and di... View
Sheridan Burnett - 8 hours ago
Hristo Vizovitis Well if they could provide the victims with proof that this happened then they would have nothing to worry a... View
Sheridan Burnett - 8 hours ago
Joel Byatt Would be nice if they can provide proof to the victims. Other developers seem to have been able to operate under t... View
Property 64

assiduous - 8 hours ago
You are correct Acton, its the vested interests like the financial sector making money on the credit issued and downstream re... View
show more show less
*Results are based on activity within last 7 days

Newly-released documents have revealed how police believe a short-lived prison break was pulled off in July this year. Lila Rose...
Breaking 0

ACT Policing has charged a 19-year-old man from Greenleigh in NSW with murder following an incident in the City on Saturday...
News 1

Calls to triple-zero by Canberrans over late-night lawn mowing, lost phones and poorly parked cars have prompted a reminder from...
News 161

With rain comes growth - and while no one would argue this is a bad thing, many agree it is...
News 35

@the_riotact @The_RiotACT
Lake George is lapping at the highway after recent rain - that story and all the top #news and features in this week's newsletter. Subscribe now! https://t.co/jghXdK3ZbG (25 minutes ago)

@the_riotact @The_RiotACT
The ACT Government will begin consulting with communities about what they'd like to see done with their local, dryland ovals which can often be underused. Possible uses include nature parks, dog parks, BMX tracks and micro-forests https://t.co/HcntqpP2Cc (1 hour ago)