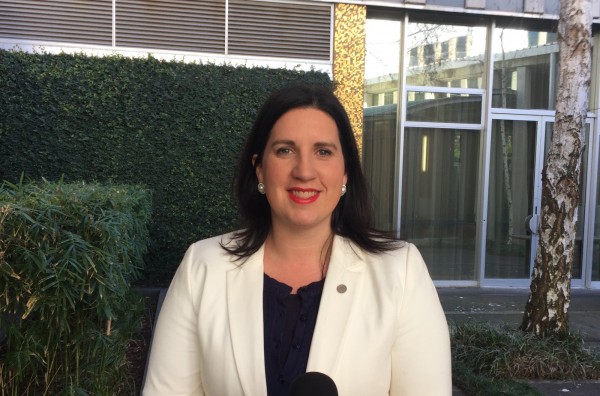 A Canberra Liberals Government would boost ACT firefighting resources by $8.5 million and retain firefighters in the command centre to respond to Triple Zero calls, Shadow Minister of Emergency Services Giulia Jones has announced.

The funding would cover the cost of a second bronto and additional firefighters. A bronto is a piece of firefighting equipment that can allow firefighters to respond to fires at a height, such as at apartment or office buildings.

Mrs Jones said firefighters had been calling for a second bronto for many years.

“Having a second bronto with extra firefighters will mean equipment can be deployed with confidence and residents can rest assured there’ll be appropriate resources,” she said.

“The Canberra Liberals are also committed to retaining firefighters in the ComCen which receives 000 calls, ensuring that responses are efficient and that misallocation of resources, time loss and confusion in how to respond, is avoided.”

ACT Chief Minister Andrew Barr responded to the Liberals’ commitment, saying his Government had taken advice on the equipment needs of ACT firefighting agencies from multiple expert stakeholders, including the ESA Commissioner.

“The Commissioner advises that the bronto is currently only used in 1.7% of call outs,” Mr Barr said.

“Any time the equipment is not available, we have extra cover through our agreement with the CSIRO to use their bronto. We will continue to monitor the situation and take advice from experts. Should there be a need to acquire further equipment in the future, we will do so.

He said ACT Labor had committed to work with the United Firefighters Union (UFU) on their six priorities.

“It’s been a Labor Government that has been making significant investments in this area – we funded a new fire station at Greenway, a new Fire Station at Aranda and we have invested significantly in the facilities at ESA Headquarters to ensure we are fully equipped to handle any emergency.

“We increased funding for our fire services by 29.9% from 2010 to 2015 when Liberal Governments in other jurisdictions were cutting funding in real terms. ACT Labor has also maintained the second highest number of paid firefighters per person of any jurisdiction (after the NT).”

Robert Knight - 18 minutes ago
Gill King oh, I get it. I grew up here and spent many a weekend night watching movies there. I understand it’s cultural val... View
Virginia Dodson - 2 hours ago
Let’s hope it’s heritage listing has more credibility than that of Anzac Hall at the War Memorial. Terrific that an inter... View
Gill King - 3 hours ago
Something doesn't have to be attractive to be important for heritage. I understand the cinema part of the building was ground... View
News 12