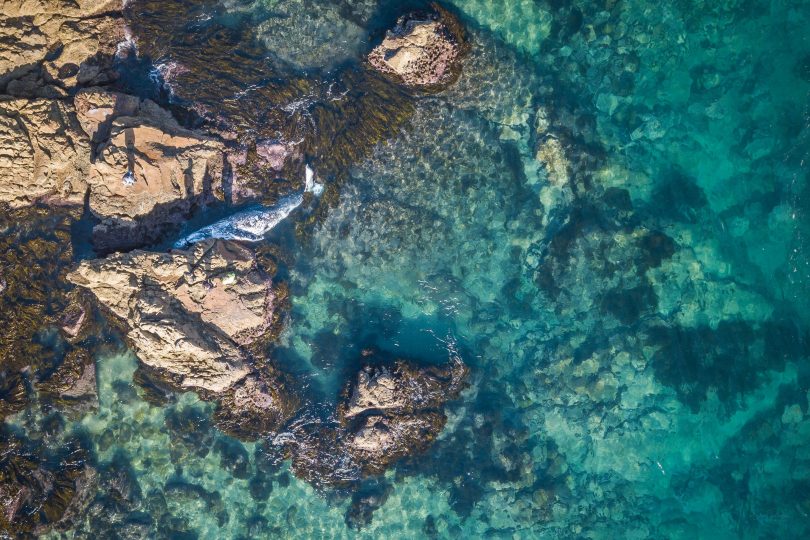 A reminder of the cycle of life has washed on to rocks near Tathra Wharf – what appears to be a dead juvenile Humpback Whale.

It’s a sad but natural twist on the usual joy surrounding traffic on the ‘Humpback Highway’. Keen-eyed predators big and small seem to now be moving in and there are reports of three sharks in the area.

Bega Valley Shire Council has stepped in to close the beach and historic wharf for at least 24 hours.

It's life and death on the humpback highway at Tathra where a dead juvenile whale has washed up on the coast. Photographer and videographer David Rogers captured these stunning images of the whale and a circling shark looking for an ocean feast. Full story here: http://ow.ly/7uCo50vJmrL

“Council is working with NSW Government agencies to have the carcass removed as soon as possible. We will let you know when the beach is open again,” a Council spokesperson says. 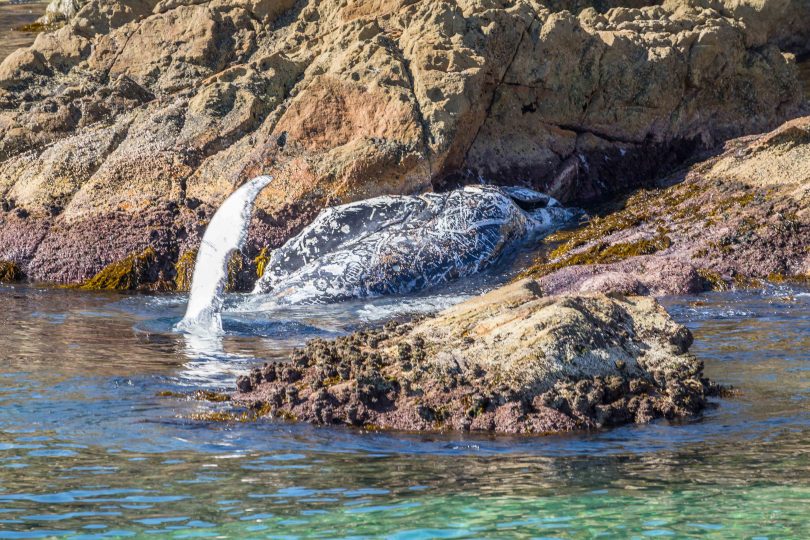 The renowned Killer Whale, or Orca, are predators of Humpbacks, singling out mothers and calves during their annual migrations.

As the season changes, Humpbacks and other whale species return to their Antarctic summer feeding grounds, ready to browse on krill and small school fish and fatten themselves up for the northern winter migration where they will breed and give birth. 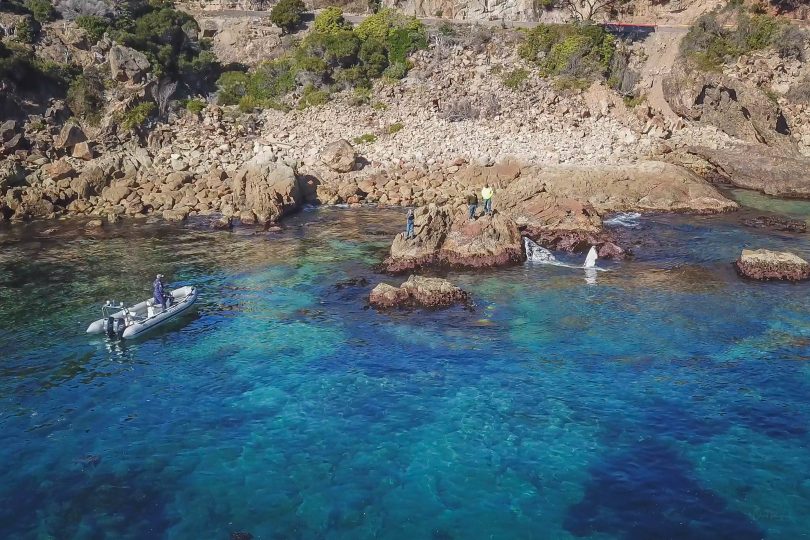 Long-time Eden based whale watcher Ros Butt, says, “it’s an early start to the southern migration, compared to the old days. We used to say the season started in early October, but with numbers increasing we are learning new things all the time.”

Ros says the mortality rate of young ones in the first year is quite high, “mainly due to predators, entanglement and just the distances they travel.” 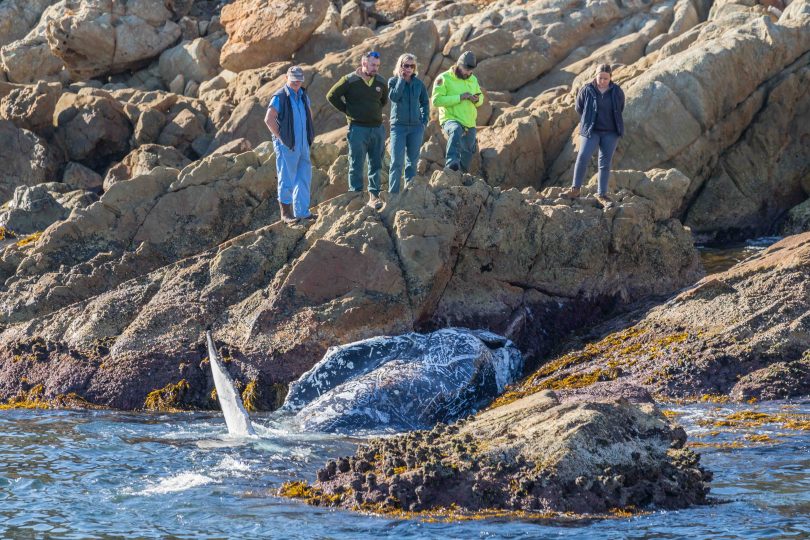 The worldwide Humpback population is thought to be around 80,000. Of these, 50,000 are in the Southern Hemisphere, down from the global pre-whaling population of 125,000. 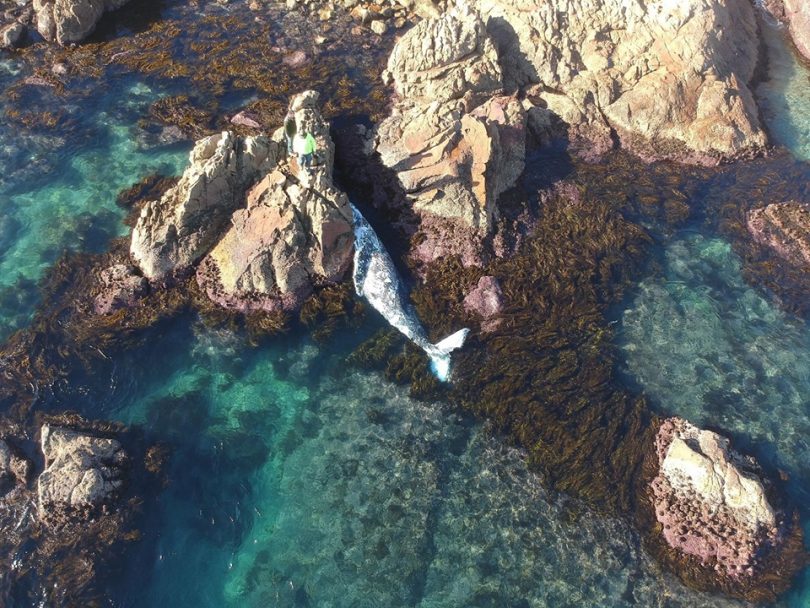 Tathra-based professional photographer David Rogers was one of the first on the scene this morning.

“It’s never great to see a dead whale but it was fascinating to see nature at work,” he says. “There was a Great White Shark circling around, amazing to watch, and most people at the wharf were accepting that this is nature.”

Eden Water Police considered pulling the carcass out to sea but with the number of sharks in the area seemingly increasing decided that attaching a tow line was too dangerous.

It’s hoped the high tide overnight will free the marine giant and carry it out to sea – where many mouths wait to feast. The situation will be reassessed in the morning. 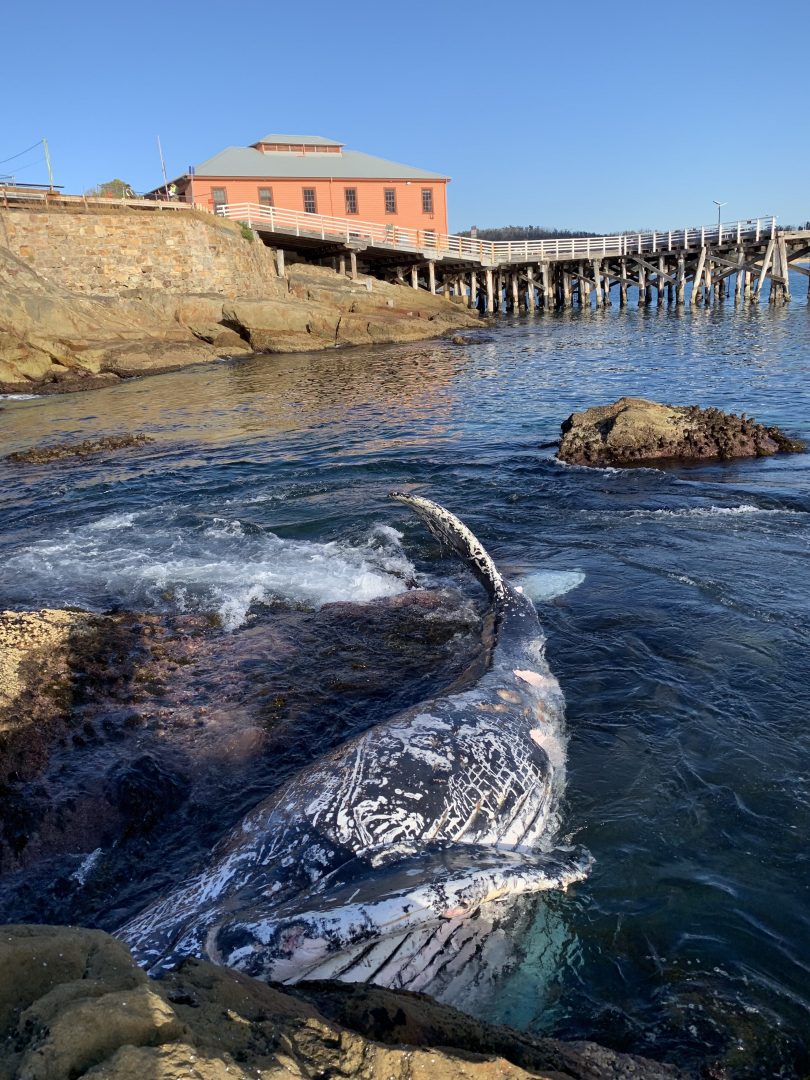 Thanks to David Rogers for being so generous with his time, talent and amazing photos! You can explore more of his work HERE. 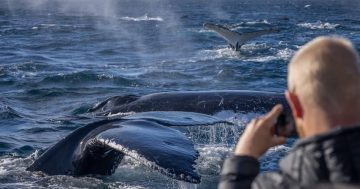 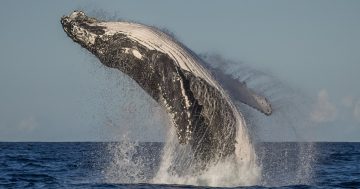 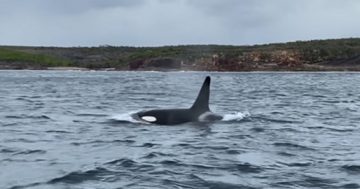