The 34-passenger seat Saab 340B Plus aircraft will service the Canberra-Coffs Harbour route. Photo: Link Airways.

Canberrans will be able to fly direct to Coffs Harbour for the first time from 22 September after Canberra Airport announced that locally owned Link Airways would operate the new service to the NSW Mid North Coast.

Launched on Wednesday in partnership with the ACT Government, the new service will operate twice-weekly on Thursday and Sunday from Canberra Airport, with a launch price of $189 one-way.

Canberra Airport’s Head of Aviation, Michael Thomson, welcomed the expansion of the partnership with Link Airways and adding another domestic service to the airport’s network.

“The flights are perfectly timed to allow for luxurious long weekends.”

He said Coffs Harbour would be the Airport’s 13th destination the third service with Link, which also operates direct flights to Newcastle and Hobart.

The new service will not only provide Canberrans with direct access to another holiday destination but bring visitors to the national capital from that part of NSW. 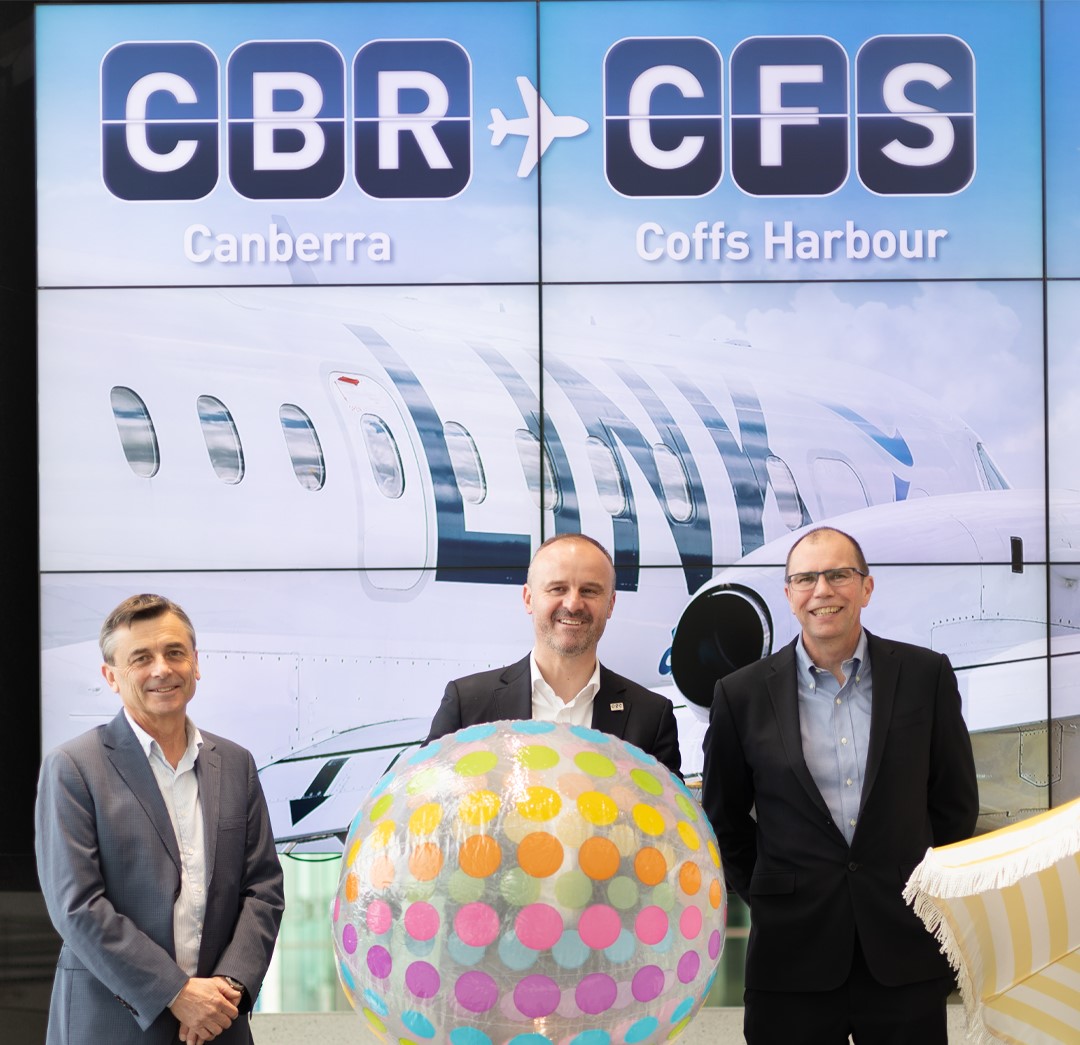 Chief Minister and Tourism Minister Andrew Barr said the government’s tourism arm VisitCanberra was working with Link on cooperative marketing campaigns to promote the new service and “encourage more travellers to find more than they came for in Canberra”.

Link Airways Manager of Network Strategy Jeff Boyd said the new route would provide a convenient and cost-effective option for passengers wanting to travel to the Coffs Coast and, inversely, to visit the national capital.

“We’re particularly pleased to announce the establishment of this connection to the much-loved destination of Coffs Harbour. We see strong demand for direct flights between Canberra and the Coffs Coast, and the proposed service will facilitate leisure and business links between the two regions,” Mr Boyd said.

Coffs Harbour Airport General Manager Frank Mondello said the new route would be the airport’s second service with Link and it would strengthen connectivity to and from the Coffs Coast region and be welcome news for business and leisure travellers.

“Allowing Canberrans to explore the natural beauty and warmer weather of our wider region, this direct service allows locals to enjoy all that the ACT has to offer;
world-class events, produce and experiences,” he said.

Canberra-owned Link Airways operates services across five states and territories to 15 destinations with the 34-seat Saab 340B Plus and the smaller Metro 23 aircraft.

The Coffs Harbour service will take just over 90 minutes on the Saab 340B Plus aircraft, which has full in-flight cabin service.

Link is owned by Corporate Air – one of the longest-established aviation service providers in eastern Australia.

The new service comes after regional carrier Rex dropped its Canberra-Sydney service in the face of competition from Qantas and Virgin.