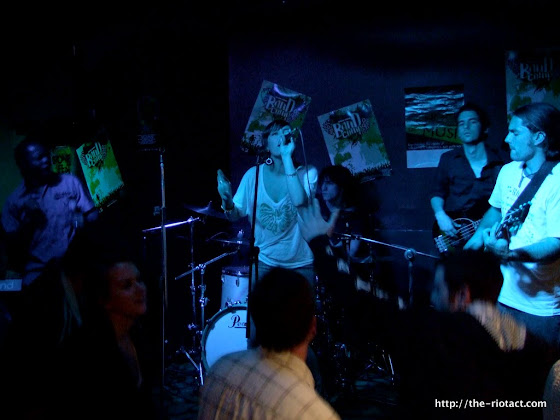 Late last week the report by the Standing Committee on Planning, Public Works and Territory and
Municipal Services on its Inquiry into Live Community Events (the real report is tacked on to the back of the interim report).

At its heart this is about having live music where people are, instead of hidden out deep in industrial zones which is unappealing to prospective customers.

As such recommendation 1 is a tad underwhelming:

The Committee recommends that the ACT Government should reflect on its commitment to live events in the objectives of the relevant legislation, including planning, licensing and noise regulations.

But as it moves on there is some good things there about zoning inner urban areas for higher noise limits.

While the committee was chaired by a Government member in Mary Porter, which normally helps with getting a positive response, the real question now is how the executive responds.

think inducements even pressure should be brought to bear on certain businesses to use live music i.e. Westfield, Canberra centre, DFO, Bunnings,etc. Music needs to where the people are – not just in late night youth venues. The governments fretting about noise levels is irrelevant (except that some sound guys think bass needs to run at ridiculous levels). The government or businesses should provide power outlets and a sign saying “Bands welcome to set and play here” – Lets make Civic like New Orleans every weekend

Chloe Li - 37 minutes ago
Tanya yes I heard that's what it was. He put up the rent too high so he moved his stock northside to his brother's store or s... View
Ian E Wheeler - 1 hour ago
@ Richardson. See 'Lipstick on pig'. (Even the temp safety fencing was stolen Friday night).... View
Steve Currie - 2 hours ago
New equipment and landscaping in Richardson looks good but it's a bit disappointing they left the original, run down equipmen... View
Lifestyle 2

Martin Silsby - 5 hours ago
Sean, green felt. It was on special. View
steve2020 - 10 hours ago
Regardless of the outcomes in relation to e-voting in the recent US election, the concerns raised alone should be addressed i... View
Sean Bishop - 12 hours ago
Explains the greens seats then.. View
Food & Wine 7

mitch82 - 17 hours ago
I think this is a great idea, as long as the government reimburses anyone who used Super to pay the rent when losing hours or... View
News 4

A Canberra couple has had a holiday they’ll never forget, picking up a division one winning lottery ticket on their...
News 0

Suez, the ACT's garbage collection contractor, offered drivers an 8.3 per cent pay rise over three years on Monday to...
News 13

It's taken 166 concrete bridge segments, but the last one was finally placed on the new Batemans Bay Bridge on...
Opinion 20

When I was growing up, I knew from an early age that money was tight in our family. How did...
*Results are based on activity within last 7 days

Chief Minister Andrew Barr comes back to work today after a post-election break and needs to clean a couple of...
Best of Canberra 28

From a humble mid-afternoon working class pick me up; high tea evolved to become an elegant afternoon soiree infamous amongst...
Opinion 24

As summer approaches, ACT police are warning us that more Canberrans than ever have been caught speeding. They say, rightly,...
Food & Wine 23

@The_RiotACT @The_RiotACT
Center Cinema played a significant role in the ACT's cultural development and the building that housed it is on the road to heritage listing https://t.co/6s4mbemm85 (19 minutes ago)

@The_RiotACT @The_RiotACT
Speed kills and there's no excuse for reckless driving. But why do Canberra's speed limits change so frequently? Could revenue be to blame? https://t.co/mauxIlpvlD (3 hours ago)

@The_RiotACT @The_RiotACT
The winners have been announced in @iconwater's spring photo competition, with Matt Tomkins taking the top gong for a stunning image of Mulligans Flat https://t.co/r3FL12CLEu (13 hours ago)