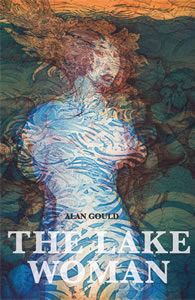 Australia’s richest literary prize, the Prime Minister’s Literary Awards, has shortlisted Canberra’s Alan Gould for the Fiction category where he’s up against heavyweights such as J. M. Coetzee and David Malouf.

An Australian soldier in British service parachutes into the roaring embattled skies of the night before DDay, and lands in a vast lake of flooded fields. His encounter with a mysterious woman who seems to rule that water world deflects him from the war and from all the promise his life had seemed to hold. This is a strange and compelling novel.

The judging panel had this to say:

The poet and novelist Alan Gould has written the finest and most poignant work of his career with The Lakewoman. The novel is subtitled ‘a romance’, which prepares us for the strange encounters, the sudden perils, the near miraculous transformations and redemptions that it offers to the reader. Here is a portrait of male decency and duty direly beset, but also of resilience. Its counterpart is to be found in the woman of the title, who moves subtly, honourably, self-protectively between different realms. Gould’s experiment is bold, but it is confidently and affectingly sustained from hectic beginning to peaceful end.

One for your bookclubs win lose or draw.

My girlfriend rather enjoyed “The Lake Woman” and believes it worthy of this nomination.

Karen Feng - 59 minutes ago
is this an indication that we do not have enough land fornthe wildlife to thrive? theres this road from holt to Fyshwick that... View
News 1

A_Cog - 9 hours ago
Should the ACT get its own police force? NO! It'd be run just as badly as every other ACT Govt service. Instead of buying ser... View
News 18

wildturkeycanoe - 11 hours ago
I'm still waiting for surgery, almost up to my "expected" 365 days on the Category 3 list. This is after initially waiting fo... View
HiddenDragon - 13 hours ago
This year's Annual Rates Assessment Notices tell ratepayers that 31% of rates payments go towards funding the health system -... View
Opinion 110

chewy14 - 11 hours ago
Russianafroman, I go from being called a right wing nut job to a Socialist Comrade in the space of a few stories these days.... View
russianafroman - 15 hours ago
Capital Retro I don't watch or listen to the ABC. But it wouldn't surprise me. View
Jose Black - 1 day ago
The ACT Greens have a major policy on supporting the community sector (including youth and mental health services) and giving... View
ACT Election 114

Reno Minopoli - 13 hours ago
Clinton Berry which part of "Three decades’ population growth "needed" do you not understand? Kids that grow up replace tho... View
Capital Retro - 14 hours ago
Well, I can't speak for everyone but I have certainly always "paid my own way". In the early days of SMSFs the deductibility... View
ssek - 14 hours ago
The greens and pretty good economic plan are an oxymoron. View
Property 1

Canberrans won't be catching the buses from an underground city interchange after the idea was canned due to the cost....

@The_RiotACT @The_RiotACT
Verity Ln Markets is meant to put Canberra on the global culinary map, but Zoya Patel isn't convinced. Is this another example of trying to shoehorn Canberra into some vision of a city that is isn't? https://t.co/uQA6HUAJZg (46 minutes ago)