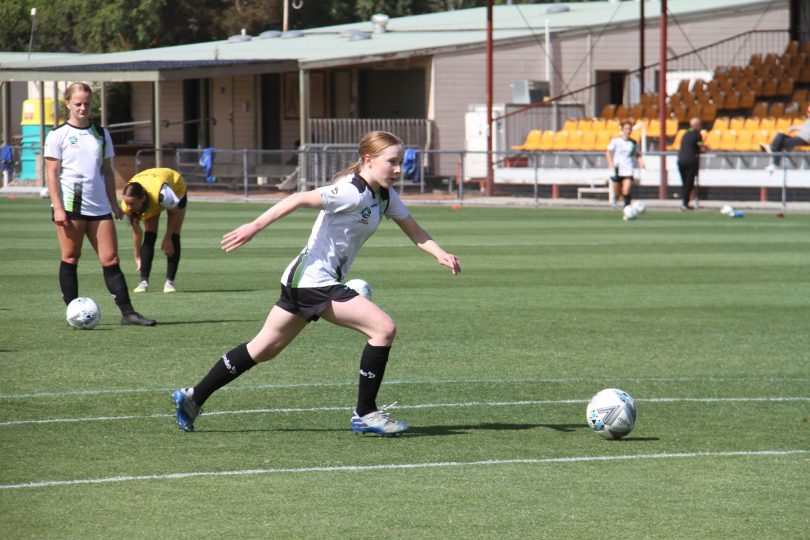 Sasha Grove is one of two local players elevated to the Canberra United squad. Photo: Supplied.

Canberra United has added the local dynamic duo of Emma Ilijoski and Sasha Grove to its playing squad for the 2020/21 Westfield W-League season in a move to further harness homegrown talent.

Grove joins United after a strong season in the Capital Football NPL Women’s competition with the Canberra United Academy side, scoring six goals in nine games.

The young attacker said that it was an honour to be a part of the squad for the upcoming season.

“As a youngster, coming out to CU games was practically the highlight of the summer, and now getting the opportunity to re-live that feeling on the pitch is super exciting,” said Grove.

Ilijoski spent the year in the NSW NPL Women’s competition, playing for North West Sydney Koalas. The young defender played in all 11 of her side’s games and narrowly missed the finals. 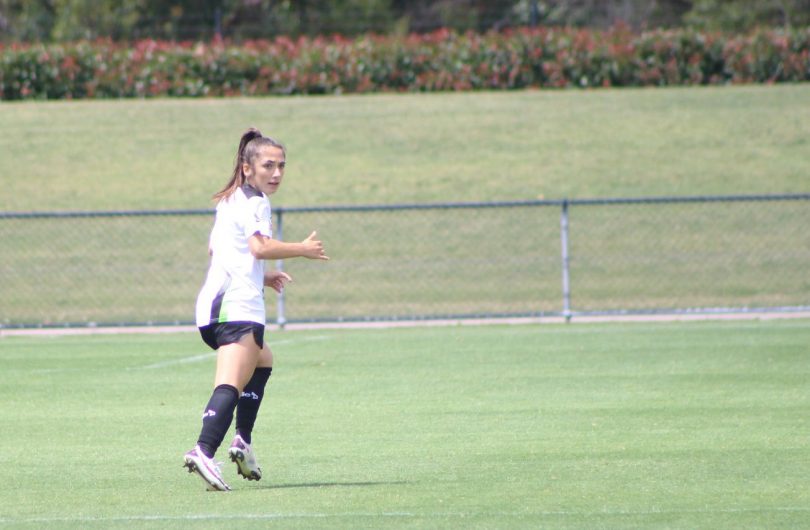 She said it was a dream come true to be elevated to the squad and was looking forward to contributing to the team.

“To be part of the Canberra United team has been one of my goals since I was young, especially because it is my hometown team and I’ve grown up supporting them,” said Ilijoski.

Kendall Fletcher has been named captain, with Michelle Heyman and Grace Maher vice-captains.

Canberra United head coach Vicki Linton said it was great to add the young and exciting duo to the squad and have such a strong group of leaders for the upcoming season.

Linton said having Fletcher leading the side would be invaluable as she would use her experience to help her teammates.

“One of Kendall’s greatest strengths is her understanding of the game and her ability to assess game situations, solve problems and direct the team on the field.

“I am enjoying working with her again, and it is great having Kendall, Michelle and Grace leading the team this season.”

Fletcher has made 34 appearances for United and said it was a great honour to be appointed captain.

“I think as a leader, you’re there to serve everyone else and to help bring the group together and figure out what the team needs and what a player needs and help build cohesion.”

Club legend Heyman, United’s third most capped player in the Westfield W-League, returned to the club after taking a year off from football.

The legendary striker is the second all-time leading goalscorer in the Westfield W-League and will be a massive benefit to the squad’s young attackers.

Having made her Westfield W-League debut at just 15, Grace Maher has played 46 games, 28 with Canberra United.