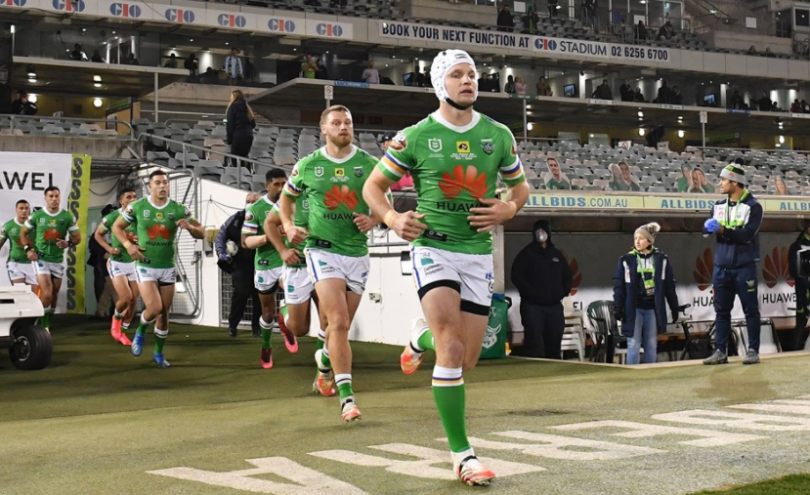 Jarrod Croker expects to be right for round one of the 2021 season after shoulder surgery. Photo: Canberra Raiders.

In 2021 the Canberra Raiders will be bolstered by the return of key players coming back from injury and the emergence of several promising juniors, meaning the Raiders that take on Wests Tigers in next year’s opening round could feature as many as five changes from the lineup that ended the 2020 season. 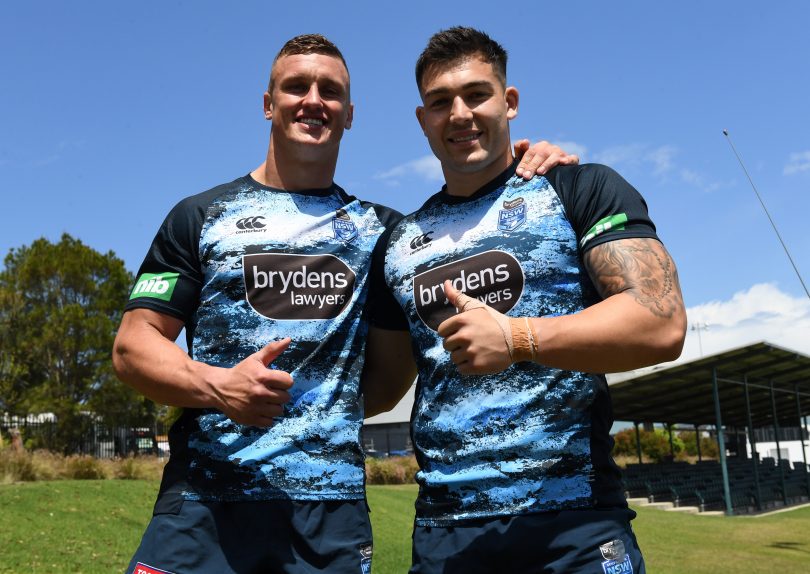 Nick Cotric (right) will be missed from the Raiders in 2021. Photo: Supplied.

From the Raiders side which went down to Melbourne in the preliminary final, John Bateman and Nick Cotric will both be missing but coach Ricky Stuart has planned well to cover these positions with Corey Harawira-Naera, Ryan Sutton and Hudson Young all in the running to replace Bateman in the back row in the starting lineup.

Young, who was one of the standouts for the Raiders last year, started in the front row against the Storm, while Sutton has also played as a middle forward.

You would expect that new recruit Ryan James, pending a clearance to play following knee surgery, with 144 NRL games under his belt, would meet the middle forward position. He would possibly share the role with Dunamis Lui and Emre Guler.

In this position, Lui has proven to be a valuable player for the Raiders and will have benefited from playing in the Origin series, while Guler missed much of 2020 with a fractured ankle.

Josh Hodgson, who missed most of the season with a knee reconstruction, is anticipated to be right to return in round one next year. 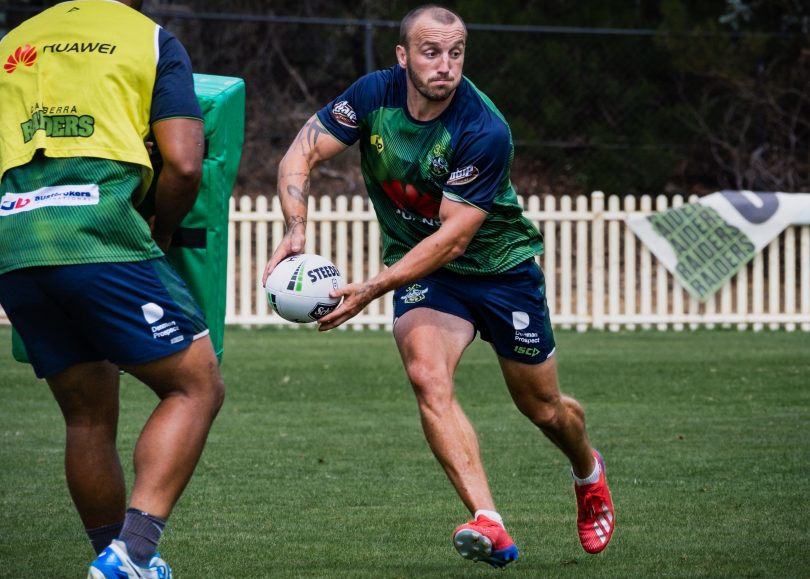 It will be great to have Josh Hodgson back with the team in the 2021 season. Photo: Supplied.

Not much else would change in the starting forwards with Josh Papalii, Joe Tapine and Elliott Whitehead along with Sia Soliloa returning. And of course, Cory Horsburgh will also be back from injury, adding further depth to the team.

In the backs, the Raiders finished the season with Jordan Rapana in the centres in the absence of Curtis Scott, with Semi Valemei on one wing and Nick Cotric on the other.

The Raiders are yet to see the best of Scott, but with the burden of his court hearing out of the way, he should return a better player.

With Scott in the centres, Rapana returns to the wing, with Bayley Simonsson on the other when he returns from injury.

There is also the emergence of Matt Timoko and Harley Smith-Shields, as well as new recruit Albert Hopoate.

Jarrod Croker expects to be right for round one after shoulder surgery, while Jack Wighton, George Williams and Charnze Nicoll-Klokstad will continue to impress.

My starting side for 2021 comprises the following players:

Needs more nami!!! He is a starting prop for sure.

A fit Ryan James will make a huge difference!

As long as we have the centres playing good football we have a chance, they were terrible last season

That is a solid team!

As much chance as the sharks

To quote the Beatles ” I’m a green believer ” well that’s what I thought they were singing ..

I can’t wait just hate the off season. Bring it on💚BELIEVE💚