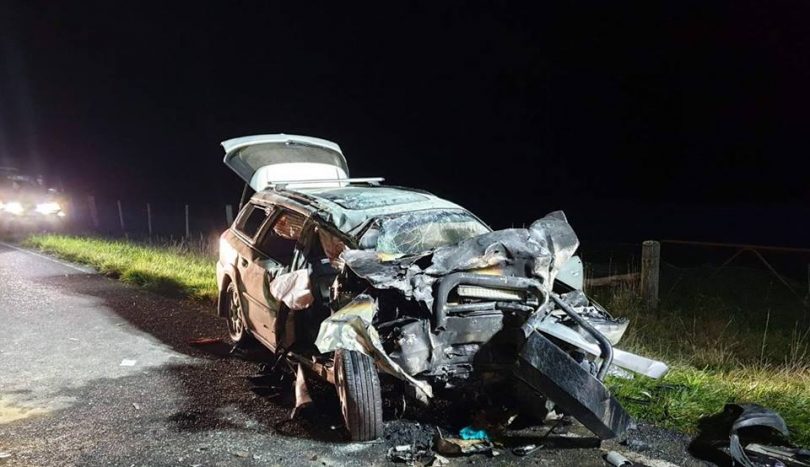 So what do you do this week? Locals from the Snowy Mountains saved a life and are being praised for their quick-thinking and preparedness.

Police report that at about 8:30 pm on Tuesday night (April 2) emergency services were called to a motor vehicle accident on the Barry Way at Moonbah, southeast of Jindabyne, where a silver Subaru Outback had collided with a Freight Liner Prime Mover and trailer. 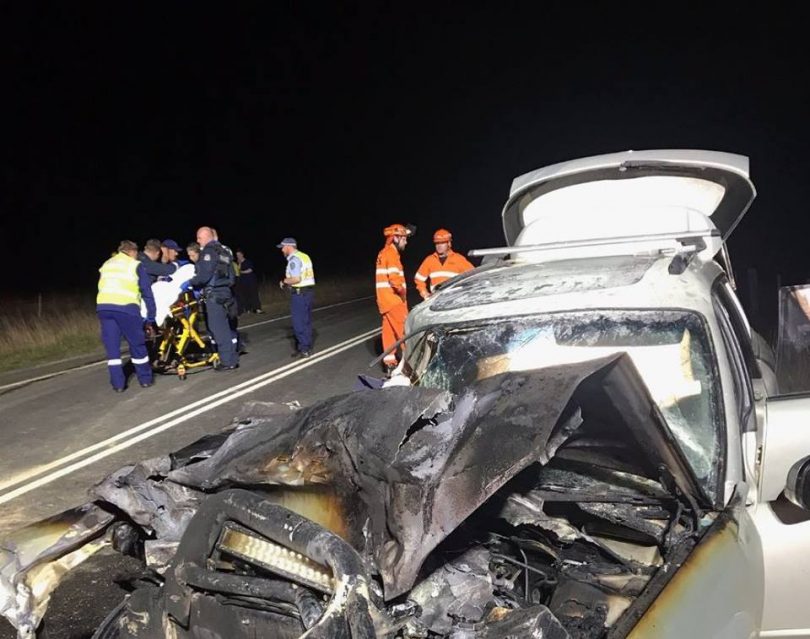 The driver of the Subaru, a 53-year-old woman from Moonbah, was trapped in the vehicle which alarmingly caught fire shortly after impact.

Officers from the Monaro Police District say passing motorists used fire extinguishers to quell the flames until the arrival of a local farmer who fortunately was equipped a with 1000-litre water tank on his ute.

The fire was extinguished and emergency services were able to remove the lady who suffered only minor injuries; the driver of the prime mover was not physically injured. 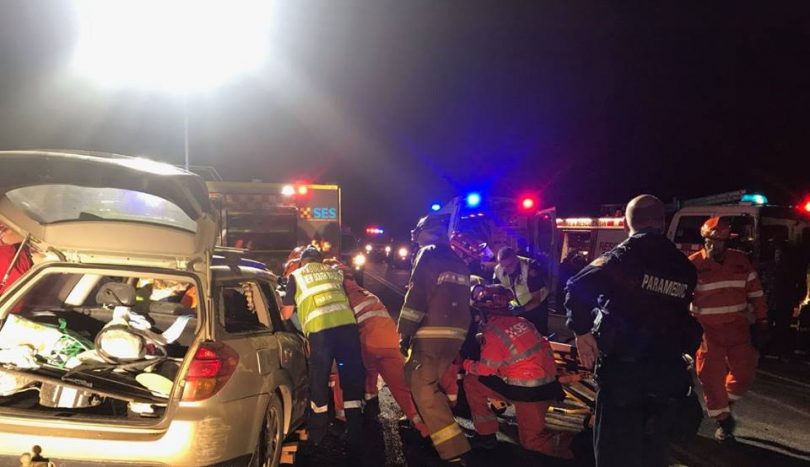 Locals from the Snowy Mountains saved a life and are being praised for their quick thinking and preparedness. Photo: Monaro Police District Facebook.

Senior Constable David Tickell, who was at the scene of accident says, “This is an accident that could have ended in tragedy if not for the quick thinking and resourcefulness of a couple of Jindabyne locals.”

“The people involved in rescuing the female driver should be deservedly proud.”