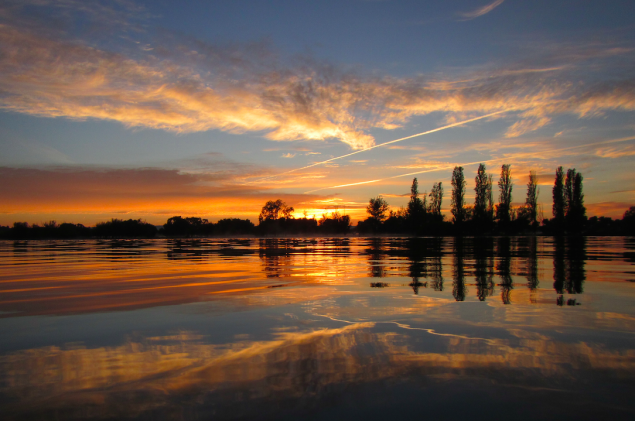 Head down to Lake Burley Griffin before 6am most mornings and you’ll find Paul Jurak in a single-person kayak with a $400 point and shoot camera, searching for the perfect spot to capture the sunrise.

Paul, who shares the best of each morning’s photos on social media and via his Kayakcameraman blog, originally started kayaking to rebuild his body and mind after undergoing chemotherapy for testicular cancer a few years ago. He saw an online ad for a two-for-one kayak deal, put two kayaks on layby and went for his first paddle with one of his sons just a few months later.

“I’m 46, and I’ve finally found in life what I really want to do. It’s taken me a long time and I’ve finally gone, that’s cool, that’s my passion, that’s my love. It’s a hobby that gives me so much peace and stimulation. I solve a lot of problems out there too. It used to be 80 percent physical and 20 percent mental, but now that’s reversed,” he says. 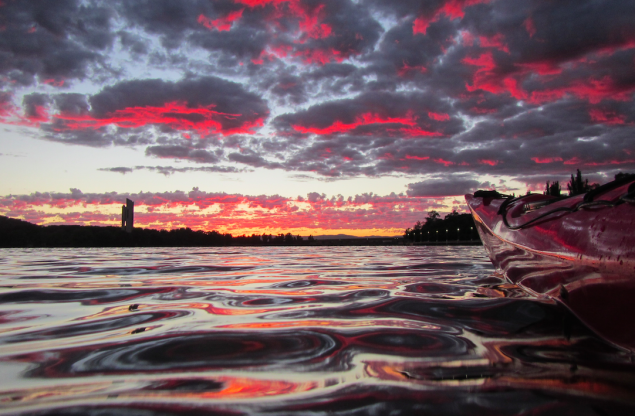 Paul has sold his photography prints both online and at Shop Handmade Canberra since mid-2014. But it only occurred to him that he could sell his work after people started requesting prints.

“Someone asked where they could buy a print, and I didn’t think to even sell them. But since then, we’ve put a calendar out and we’re doing the prints too. I thought, okay, let’s go. Hopefully when I talk to you in five years time I’m no longer working and someone’s paying me to paddle around Australia and do books. It’d be nice,” he says.

And while it’s clear that Paul is a talented photographer, he’s far more interested in enjoying the scenery – and sharing that with others – than getting caught up with technical details.

“I do everything wrong. I shoot on full ball auto, I don’t know what ISO is, I don’t know what aperture is. Well I do, but people will ask ‘Mate, what shutter speed or filter do you use’, and I have to tell them it’s just the auto setting,” he says.

“I shoot freehand, in a kayak, twenty minutes before the sun comes up. In low light, you’ve got to be dead still, which isn’t easy when you’re shooting one-handed. The only post processing that I do is playing with the contrasts if I do a black and white photo. I might sharpen things by about five percent. But that’s it.

“The whole idea is to show people that it’s not about what equipment you use. It’s about the light, and the journey. I want you to feel like you’re the one sitting in the kayak.” 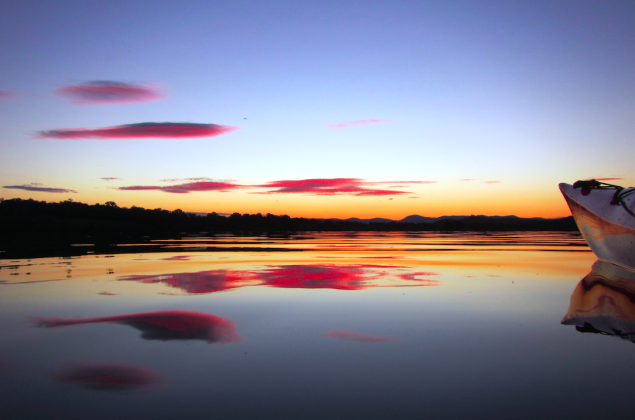 Paul, who moved to Canberra from Newcastle for a year in 1989 and never left, says he enjoys using photography as a way of showing off Canberra in a new light.

“I’ve surfed a lot and travelled all around the coast, but I’ve never found a place like Canberra. The other day, for example, on Sunday morning, I saw one of the most beautiful sunrise transitions. It started off with this band of soft pastels and blues and pinks, and the sun rose in slow motion like a golden desert on the water.

“Ten minutes later I paddled under Kings Avenue Bridge, and over the Carillion there was this arc of light, and it stayed there for half an hour. Then this whopping big dome of a double rainbow appeared, and I just thought, could this get any better? This is on our doorstep every day. Step outside and have a look. It’s bloody beautiful.” 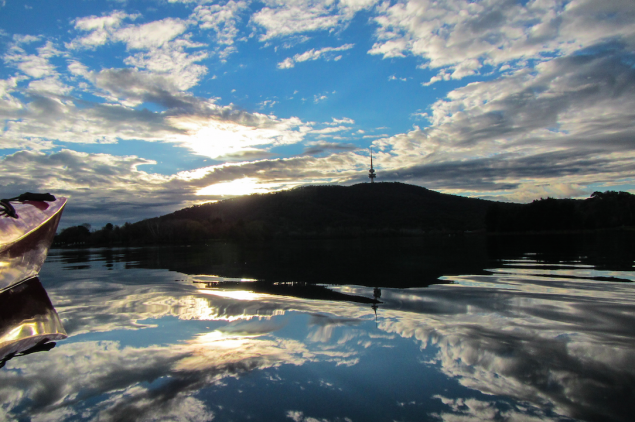 I never get tired of looking at Paul’s pictures and thinking how bloody cold he must get in Winter paddling around the lake at and before dawn.

Canberra Day Trips: Escape the rat race and connect with nature at Narrawallee