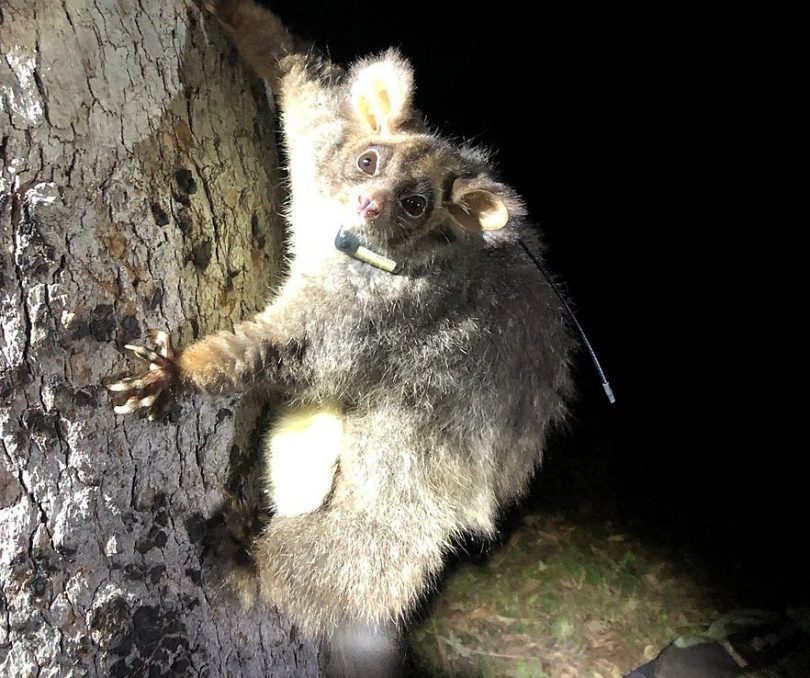 A valuable project combining the talents of an ANU PhD student from the Fenner School of Environment and Society, Jenna Ridley, and the Men’s Sheds at Hall and Yass is seeking to make life a lot more comfortable for the very cute and fluffy, but increasingly endangered, greater glider (Petauroides volans).

Our native Australian wildlife has often had a pretty tough time.

In the 1800s, they were a valuable source of meat to early settlers who needed to eat something when supplies were low.

Early accounts tell us koalas, which were once numerous in the Yass River area, were eaten by settlers and their skins turned into rugs! Recent hot fires, agriculture, logging and housing developments have wreaked havoc with habitat.

Another equally cute but also declining group of eucalypt leaf-eating marsupials are the greater gliders. Greater gliders depend on hollows for shelter, but recent fires and habitat destruction have destroyed many old hollow-bearing trees. Eucalypts can take over 100 years to form the types of hollows that greater gliders need.

If only these little critters could see the meticulous planning to ensure they would find the one hundred nest boxes made by the Men’s Sheds attractive and comfortable.

Greater gliders are sensitive to temperature extremes. Natural tree hollows help protect them from temperatures that are too hot or too cold. Greater gliders obtain all the moisture they need from what they eat, but they can quickly dehydrate if they get too hot. Therefore, a successful nest box must be well insulated to be an attractive and safe home for these sensitive creatures. 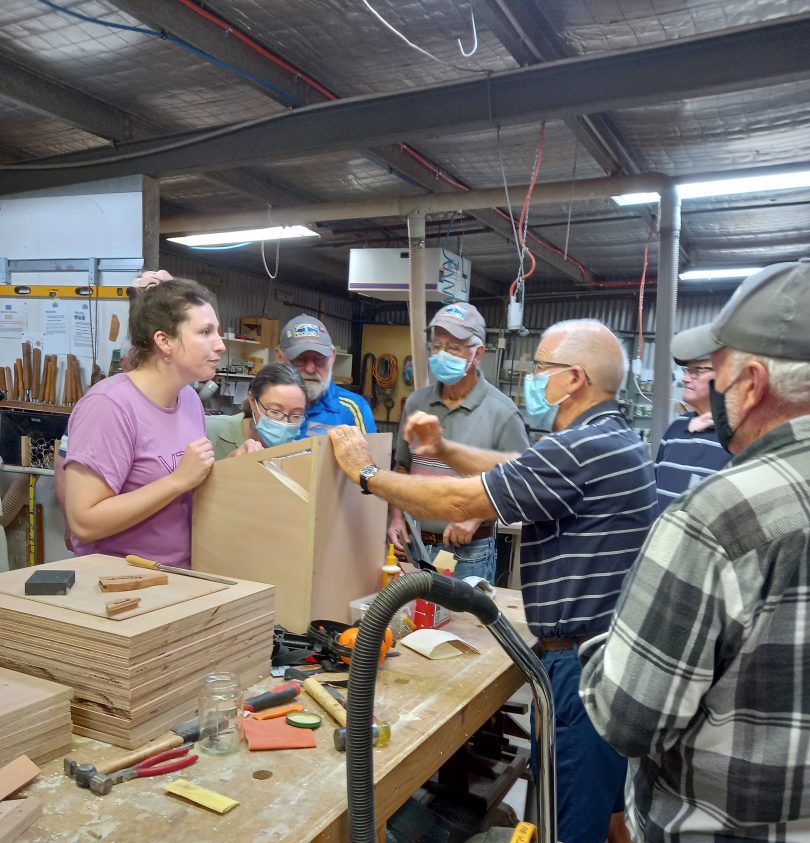 Jenna Ridley’s project builds on the careful research of Isabella Howard. Isabella tested different nest box designs with varying insulation thicknesses inside and paint types on the outside while maintaining the same internal box dimensions.

The winning design was the one that maintained the most stable temperature and remained relatively cool even in extreme heat. The entrance has to be just right for a glider but too small for the more prolific possums. Jenna will use the best performing nestbox model in the field to determine whether nestboxes can help speed the recovery of greater glider populations after fire.

Always keen to assist in a worthwhile project, the Hall and Yass Men’s Sheds joined forces when the scale of the project became apparent.

Peter Davidson, president of the Yass Shed, explained: “Our Sheds came together on this project when I realised there was an opportunity for us to be involved in a worthwhile conservation project to save an endangered species.”transfer

President of the Hall Shed, Doug Anstess, added, “The result is a group of men supporting each other and using their skills to make a useful contribution.”

Typically, both Yass and Hall Sheds are well equipped with all the tools and machines needed to take on a wide range of projects.

There is always a buzz of activity in both Sheds as members contribute their diverse skills acquired in a range of professions and trades. All are welcome. As David of the Yass Shed said, “there’s no use doing something unless it’s useful”.

Through many hours and much discussion with the men, Jenna and her team have assigned tasks, refined dimensions, and revised cutting patterns.

“There’s some sass in this group,” she said (appreciatively). 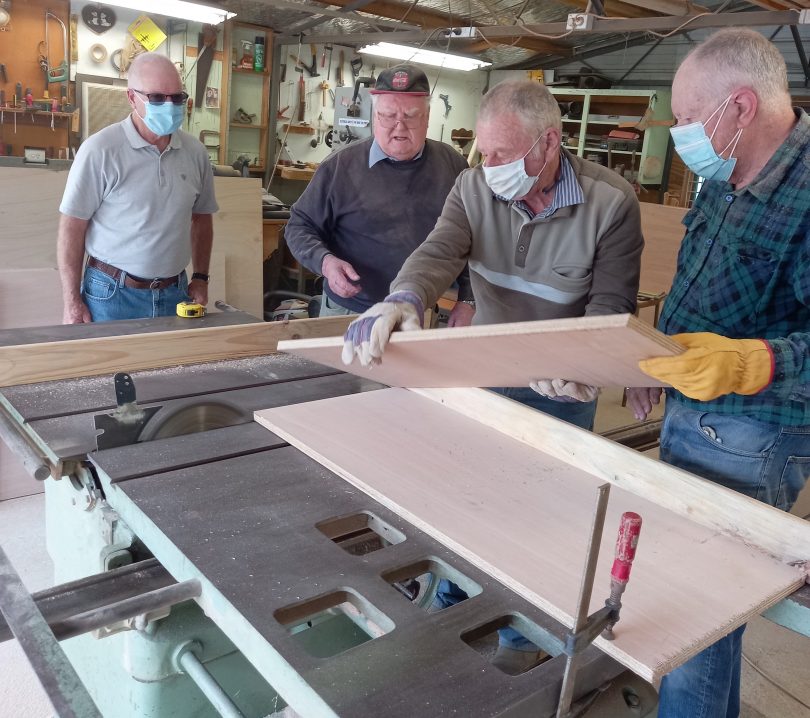 There are thought to be three species of greater glider that range from Queensland to Victoria. The project will install nestboxes on the sides of trees in burnt landscapes affected by the 2019-2020 Black Summer fires. These recovering forests have less shade and can heat up more quickly, so the well-insulated nest boxes are critical.

Hoping to get the first boxes up in February, they will be installed with the help of a tree climber in Tallaganda National Park just one hour from Canberra and in the national park and state forest surrounding Bendoc in Victoria.

While relying on the Yass and Hall Men’s Sheds to do the carpentry work, Jenna has been grateful for the financial support of the World Wildlife Fund and ongoing collaborations with Greening Australia.

The reward – nesting greater gliders happily at home and breeding – will be recorded by cameras and spotlight surveys. Once the data begins to roll in, Jenna is happy to involve the men who will have contributed so much by taking anyone interested to Tallaganda to do a bit of nocturnal greater glider spotting.

A big thank you to the Hall men’s shed and Jenna.