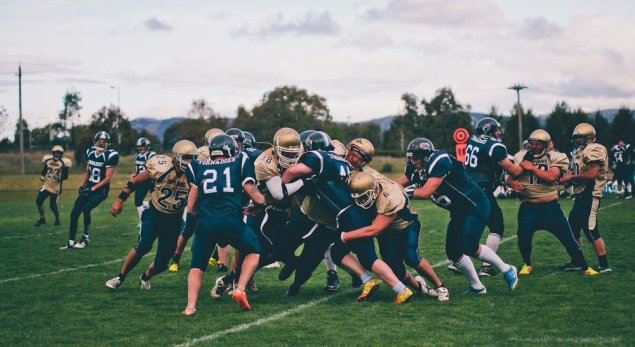 The Central Spears men’s and women’s teams are also the current ACT champions, and the men’s team has won the ACT Gridiron men’s competition every year since the club began in 2012. 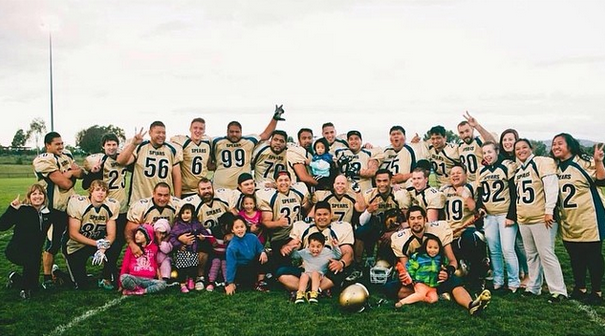 Club president Sean Gautusa, who has been involved with the club since it was founded, attributes its success to a great culture and talented players.

“Given that we’ve only been around for a short time, we’re pretty proud of these achievements. We are fortunate to have great players that are true athletes, and a lot of experience within the team,” he says.

“One of the things that has been key to our success is our culture. We try to make the game accessible to people. We try to make it fun and make it simple, because it can be a really technical game.” 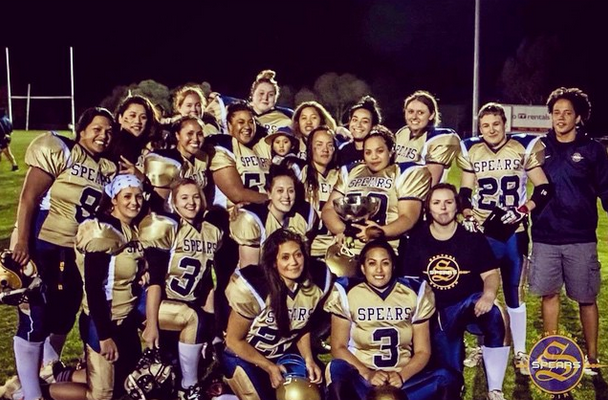 While the Central Spears club is only a few years old, the club’s history dates back to 1998 in Hamilton, New Zealand. Back then, the team was known as the Waikato Spears and competed for seven years in New Zealand’s gridiron competitions. When key members of the club, including Sean, moved to Canberra, they decided to start their own gridiron team.

“We played for a couple of different teams but started our own club so that we could have more control over how we played the game and ran the club. Having our own club also made it easier to recruit friends and family to play, as there’s a bit more of an attraction to play for a team if you have a connection to someone who runs it.”

He says that as many of the club’s team members are from the Pacific Islands, fostering a strong family culture has been important.

“When you play for the Central Spears, we’re not just a team that you play and train with. We consider each other as part of a family. When you come to training you see our kids running around, and we all know each other and a lot of our wives and partners are now getting involved with the women’s team. It’s very much a family club.” 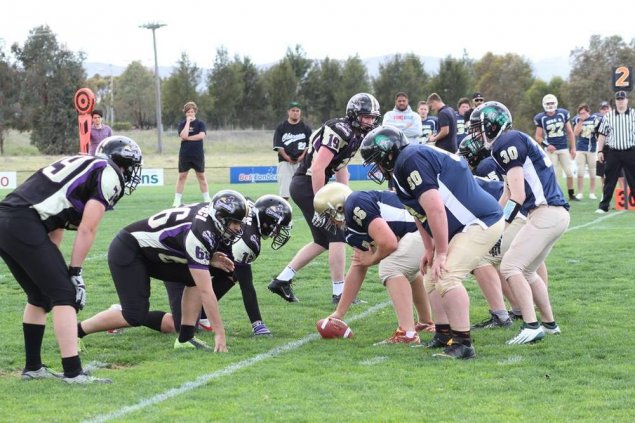 The gridiron season kicks off in late August and early September, and Sean says there’s still plenty of time to register and still participate in preseason training.

“We’d love more people to join our club. That would be awesome. For anyone who’s played or watched contact sports and wants to give gridiron a go, there are six clubs in Canberra and plenty of opportunities to find out what it’s all about,” he says.

Ben McQualter - 3 minutes ago
Police aren't interested in anything except handing out fines View
John W Crawford - 29 minutes ago
Does that reinforce the old saw " dead men tell no tales"???... View
Linda Stapleton - 57 minutes ago
This could lead to some rather nasty side issues.. what if someone were to catch an idiot breaking into their home..do they b... View
Opinion 32

Maddie Ten - 29 minutes ago
Governments about to bust down on people in love dynamics and divide, now, are they? View
Kim Bal-Al - 57 minutes ago
Relationships, especially long-term ones come with a lot of compromise. Some of the things people say they want from a relati... View
Kim Bal-Al - 1 hour ago
Alyssa Stuart maybe they were just fed up with hanging around their partners all the time and that's why they wanted a girls... View
Public Sector 57

Anthony Philip Parker - 1 hour ago
I'm feeling hungry just looking at that breakfast. View
Jasmine Elliott - 4 hours ago
Kynan Elliott you could do this View
Jane Farrugia - 5 hours ago
Went there for lunch the other day. Service was great, very friendly, food was really good, will definitely be going back🤗 View
News 13

JS9 - 1 hour ago
Whether they should or not, the markets do care, because the credit ratings invariably drive the interest rate at which insti... View
JS9 - 1 hour ago
To be fair - an implicit guarantee exists in the form of the RBA. Because it can always print money and buy Government bonds... View
Heavs - 2 hours ago
Dear Chewy and JS9. Thanks for pointing out how things actually work inside government finance. But actually, here is another... View
Community 8

The outsourcing of Australian Public Service (APS) work, including the use of consultants, has been described as an industry full...
News 52

ACT residents will soon be required to self-submit a report online when they are victims of certain crimes, including house...
Opinion 32

Does your puppy or rescue dog need help settling into their new life with your family? Has a recent injury...
Opinion 31

It's one of those words that seems to be dripping from the mouths of every progressive-minded or savvy professional with...
News 25

@the_riotact @The_RiotACT
Businessman Trevor #Kennedy, who died this week aged 79, is remembered for his role at the flamboyant height of the Packer #media empire, but he was also a generous donor, a passionate Australiana collector, and committed to the NSW South Coast https://t.co/omWhd2qD1b (43 minutes ago)

@the_riotact @The_RiotACT
RT @Breaking_247: ACT Health has confirmed eight new cases of #COVID-19 in the ACT, and there are no confirmed cases of the #Omicron varian… (56 minutes ago)

@the_riotact @The_RiotACT
In a tough year for #business, the @CBRBusiness has reported steady membership and new services for its members https://t.co/RSQ0GnCSmk (1 hour ago)