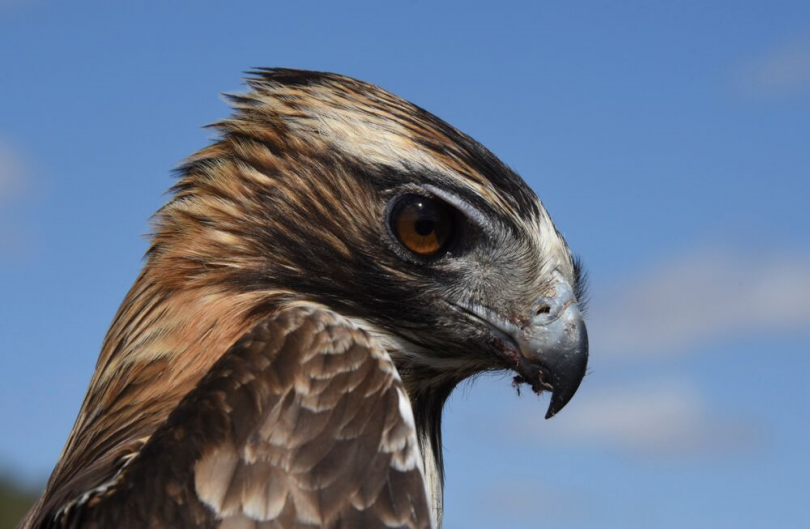 One Little Eagle travelled for more than 14,000 kilometres across Australia. Photos: Supplied.

A research project on the vulnerable Little Eagle pairs movement in the ACT region has shown the native bird is successfully breeding and migrating across Australia, with one eagle travelling more than 14,000 kilometres across the nation.

The joint research project, which is being undertaken by the ACT Government, Ginninderry Joint Venture, CSIRO and researchers from the Australian National University, is monitoring the locally raised Little Eagles.

Although it is half a metre tall and has a wing-span of a metre, Little Eagles are one of the smallest eagles in the world and are at risk of becoming extinct in the ACT region. The research team have been keeping an eye on thirteen nesting pairs this past breeding season – nine in the ACT and four in nearby NSW.

From the 13 couples came eight chicks who were were successfully raised, compared to five the previous year. The Little Eagles movements were monitored by attaching small satellite GPS backpacks to four of the breeding males and three chicks. 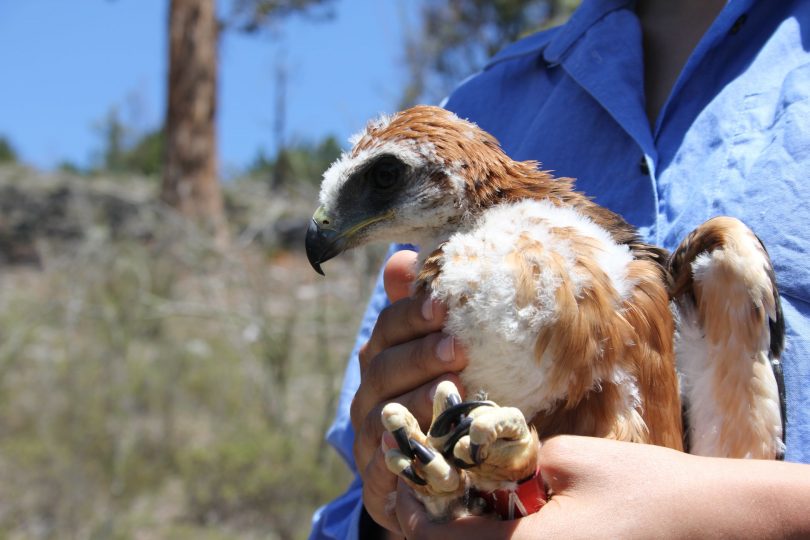 While the majority of the new chicks stayed close by, one young female eagle reared on Black Mountain in the spring of 2017 travelled as far north as Bundaberg in QLD and as far west as Port Pirie in SA.

The GPS recorded an incredible journey that spanned from north of Bundaberg in Queensland, back south past the ACT into Victoria, then as far west as Port Pirie in South Australia and across to the East Gippsland region in Victoria where she was most recently recorded.

ACT Conservator Ian Walker said the monitoring project was improving understanding of the birds and confirmed they were continuing to breed in the Canberra area.

Mr Walker said the project aims to improve management of the species within the ACT and points out a need for a national approach to caring for native animals.

“Data showed that during the breeding season, all four mostly stayed within a few kilometres of the nest site, and all took occasional flights more than 10km, with one travelling over 40km out and back from its nest area,” Mr Walker said. 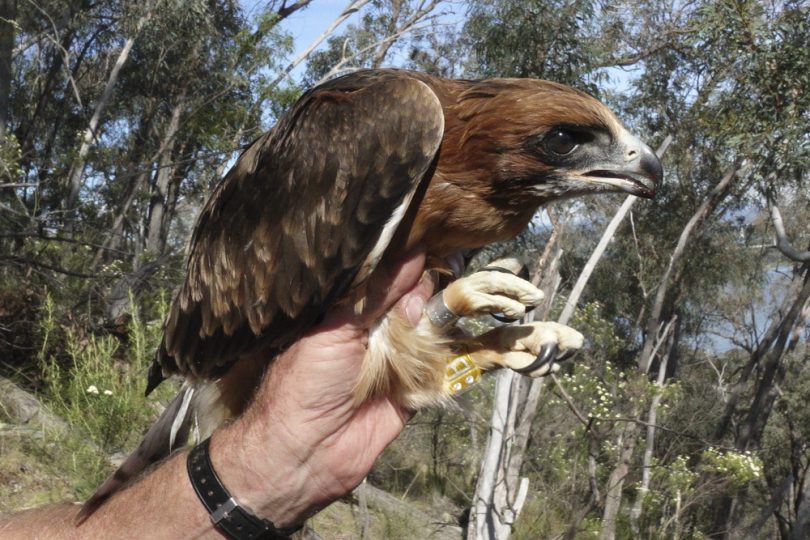 “These movements were consistent with that of a tracked male which nested in West Belconnen in two previous years, who had a foraging range of around 65 square kilometres.

“Three fledglings from the 2018 breeding season were also fitted with GPS trackers. All male and fledging birds with trackers left the ACT by mid-autumn.

“One adult male and one young bird have flown to Melbourne, while another adult male flew to north-west Queensland.”

I think we had a pair hanging around here, Chisholm. Every other bird attacked or announced their every move. It wasn’t long before they moved on.