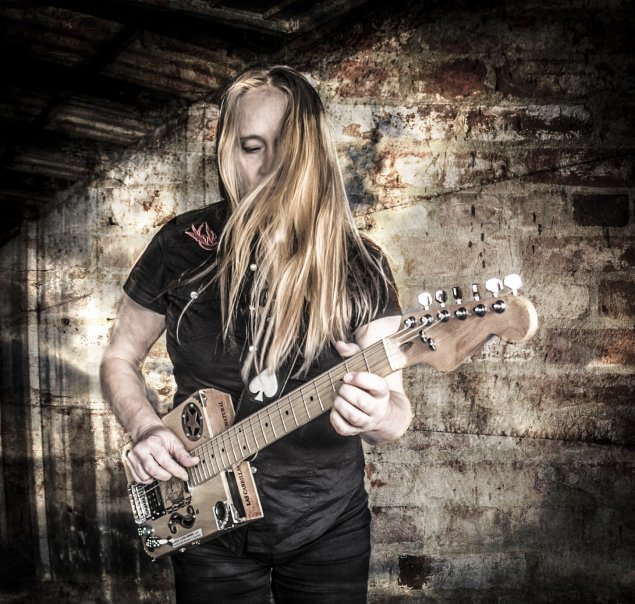 Fiona Boyes plays deep Blues, influenced by a myriad of traditional regional styles, her mostly original repertoire is like a Blues travelogue. She has carved an international reputation as a blues guitarist, vocalist and songwriter.

Winner of the International Blues Challenge in Memphis & nominated for 4 successive USA Blues Music Awards, she was the first Australian blues musician to be invited to play at prestigious USA traditional acoustic festival ‘MerleFest’, followed by an extended European tour of festivals, clubs and cultural centres in 7 countries.

Her brand new album – ‘Box & Dice’- featuring cigarbox slide and baritone, has just been released in Australia in early 2015, with USA and European releases to be announced.

Come and enjoy an original, intriguing road-trip through the Blues!

Nick Bennett - 54 minutes ago
Your safety is more important than social media you f-wits!!! View
Gavin Davey - 6 hours ago
I lived out there 2003 and the same thing happened the blocked off Weston Creek and not us you could hardly move on Lanyon Dr... View
Jennifer Crawford - 10 hours ago
There were crowds of people hanging around at the roundabout that the police had closed off at Tharwa Drive 😳 View
Food & Wine 5

George Abraham - 1 hour ago
The 2 before 10 at Aranda is hopeless - service is unfriendly, the coffee is burnt, the place is dirty and prices are crazy.... View
Chan McGrath - 2 hours ago
Thomas Emerson why haven’t we gone here? 💁🏼‍♀️🤷🏼‍♀️ View
Leearni Hamilton - 10 hours ago
Moey El Tahach let’s try this View
News 10

Amanda Adams - 1 hour ago
Kriso Hadskini what do you suggest as a better option? View
Samia Goudie - 5 hours ago
I can’t bare this View
Margaret Edwards - 11 hours ago
When going to and from the gym yesterday evening, Sulwood Drive was really dangerous as cars stopped to take photos and pulle... View
Opinion 3

Carmen Hinkley - 2 hours ago
www.headtohealth.gov.au is another great resource connecting you to free or low cost phone and online mental health services... View
Tim Daly - 13 hours ago
Its is a great initiative as people just need a place where they can share their story with out pressure and stress. This Is... View
Teang Pao - 14 hours ago
David Harris your awesome service is so needed right now. You're making a difference! Yeah. View
News 76

Stuart Clark - 9 hours ago
Lyle Williams thanks View
Lyle Williams - 9 hours ago
Stuart Clark An issue for LED lights in reflectors is if you turn them towards the sun, they die like ants under a magnifying... View
Jeff Favaloro - 12 hours ago
Gerda Lawrence ? That doesn’t really make sense - even the army has now changed this protocol for daytime Landing lights so... View
Sport 9

Colette Robinson - 14 hours ago
I’m amazed it had to take a catastrophe for a lot of car-dependant Canberrans to suddenly take public transport woes as ser... View
Property 4

@The_RiotACT @The_RiotACT
Do you think we need more trees in the nation's capital? Canberra’s Living Infrastructure Plan is now out for consultation https://t.co/UepRusytxI (1 hour ago)