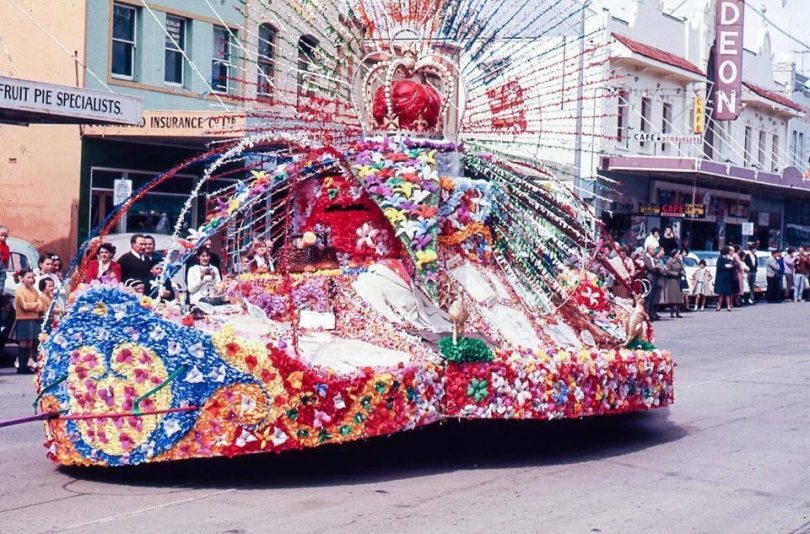 With the passing of its longtime organiser and funds running low, it will literally ‘take a village’ to save Australia’s longest continuously running festival, Goulburn’s Lilac City Festival.

However, following a public meeting attended by 22 people last week, a small band of skilled community volunteers have stepped up to help the festival co-ordinator Heather Landow deliver the 2018 festival, and look to longer-term solutions to update the event and consolidate its organisation.

Once a grand spectacle with a renowned street parade, lilac-themed business window displays, fundraising Queens, garden competitions, streets of blooming lilac and much more, the festival’s size and scope has dwindled in recent years.

A split with the local council (which previously contributed to the cost of running the festival), changing times and a lack of volunteers has meant most of the fundraising for the event hinges on relatively modest funds generated from monthly markets, and most of the event organising done by a handful of volunteers.

In many ways, Goulburn itself has been divided on the festival. Was the town the ‘City of Roses’ or the ‘Lilac City’? The Lilac City Festival which has been running for 67 years and held annually on the October long weekend was seen as the past; the relatively modern Rose Festival held in March, and now in its 26th year, was considered a more ‘upmarket’ event.

Some residents and local institutions took sides. ‘There are not enough lilacs in flower for the festival’ was a common cry. The longstanding festival and its organising committee were not without its critics.

“We’re a festival for the everyday person; a family-oriented event and we try and keep our prices low,” Heather said. “We have some loyal support from local businesses but it’s not widespread. Yet we still get the crowds coming and from Canberra too. Most of our activities are free, except for the Joyland carnival and a $5 card for the annual fireworks.”

Due to the passing of several of the Lilac City Festival Inc. committee members, and relocation of others, the committee will also need to be reconstituted, a task Heather is planning in the coming weeks. Most keenly felt was the death of the festival’s stalwart, Yvonne Neale. 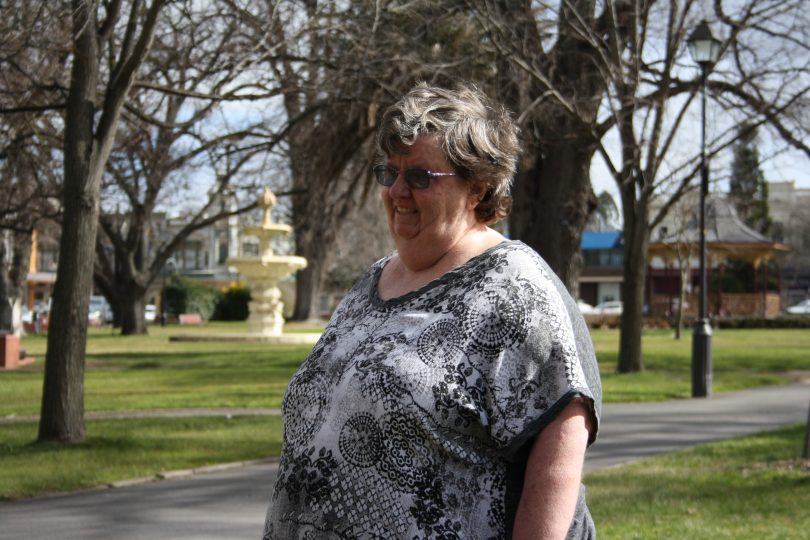 “Yvonne Neale drove us all. When everybody else said the festival was not worth continuing anymore and walked out, thinking it was too hard, and there was not enough community interest, Yvonne took up the flag and with a small band of dedicated people, kept it going,” Heather said.

Losing council support meant that the festival had to pay for the hire of Belmore Park, toilet cleaning and garbage collection and the hire of Seiffert Oval for the fireworks, Heather said.

“We’ve been struggling for a few years now. The Lilac City Festival Markets were started to support the festival and they still do to this day.”

Expectations that festival fundraising was more than sufficient were unfounded. “We had our books audited up until 2013 when our fundraising income fell below the level required for public auditing which is $20,000. And when our office got flooded and our books destroyed we gave our bank statements to the council.”

However, divisions between the festival organisers, the local council, and festival critics should remain in the past to give the festival a chance at survival.

“We are now getting along. Councillor Carol James and others involved in Celebrate Goulburn want to assist us. I don’t think Lilac City Festival Inc. has crashed and burned but we are asking for help,” Heather said.

“We are also open to offers of council support and participation. We welcome it, and would also be open to council representation attending future committee meetings.”

Addressing the lack of blooming lilacs is more difficult. Changing weather patterns and lost heritage varieties have meant sparse lilacs on display at the festival time.

“We once had lilac plantings from the outskirts of Goulburn right along the City’s streets. We now have a small plot in the corner of the Belmore Park. These are hybrid varieties also and don’t flower at the same time that perhaps the older, heritage varieties did.”

But there are many good reasons to keep the festival running, despite the challenges.

“It’s a tradition that most people living in Goulburn have grown up with. We need help to update it to a modern festival while still keeping its traditions, its heritage and its values as a family festival for everyone no matter what your age,” Heather said.

If you’re interested in volunteering at this year’s festival, there will be a meeting at the Goulburn Soldiers Club this Thursday the 9th of August at 6 pm. Volunteers are welcome.

Rhonda Dahl - 2 hours ago
Nasty stuff xoxo View
Yvonne Johnstone - 5 hours ago
Driving on the GWH on the way to Mudgee... View
Property 8

Dan Rayner - 2 hours ago
Katie I had so much practice with you 😂😂😂 View
Katie Licciardo - 2 hours ago
Dan Rayner you love it don’t you View
Andrew Dale - 5 hours ago
Ash Claire dont you know anybody who has had problems with being able to afford to pay their rent. View
News 16

Vera Bachinger - 2 hours ago
So we are going to be the victims of more double dipping.. View
Slobodan Paunovic - 4 hours ago
Marc Edwards don't worry about it, can only be more expensive and some sort of public robbery...they need funds for parties a... View
Tom Adam - 6 hours ago
Jorge, yes I was basing my comments on the current claim. View
Opinion 18

Christie Le Goy - 2 hours ago
George Prasad hooray for you, no wonder you're such a gorgeous family xxxx View
George Prasad - 7 hours ago
I think it more comes down to values than hiding your wealth from your kids. We're a close knit family that doesn't focus on... View
Karen Feng - 8 hours ago
Kasra Mn That is a good point. When my sister was much younger she was surrounded by friends that is more economically disadv... View
Motoring 37

Stephen Fallon - 5 hours ago
I'm sure every one of these people consider themselves good drivers. If we put a fleet of unmarked police cars on the roads,... View
Chris Hart - 7 hours ago
Carol Ranft I’d say speed limits are a thing because most people are incapable of driving properly at slow speeds let alone... View
Food & Wine 23

John Hamilton - 7 hours ago
The wear and tear on roads is nothing compared to the wear and tear that cars and trucks produce. So no, don't start taxing c... View
News 11

Ben Norris - 10 hours ago
Can we we move the Northbourne flats junkies out of molonglo to whitlam now please? We've had our turn of non stop burglary.... View
Patrick Harrington - 16 hours ago
I'm sure the residents of Wright and Coombs will love a shopping centre in Whitlam. If Whitlam can actually get a shopping ce... View
Community 12

Daniel Duncan - 18 hours ago
Clinton good luck with that. View
show more show less
*Results are based on activity within last 7 days

@The_RiotACT @The_RiotACT
Seasoned Canberra performer Dorothy-Jane Gosper pulls no punches on her ninth album, which bears witness to the topic of child abuse https://t.co/BQVro3sJtH (31 minutes ago)

@The_RiotACT @The_RiotACT
At Oaks Estate, a new mobile health clinic is providing essential services to some of Canberra's most vulnerable people https://t.co/HpZpYrE1Sr (1 hour ago)