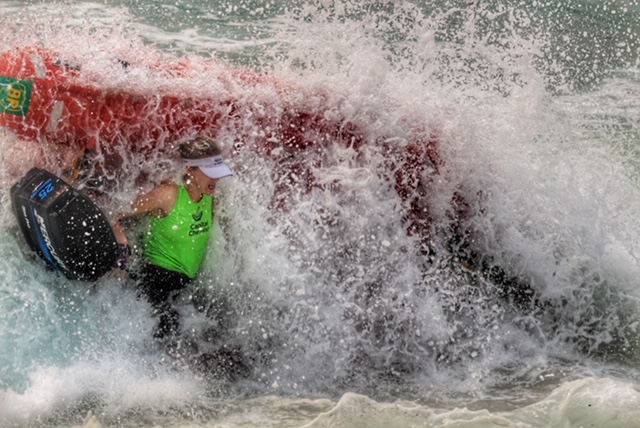 The George Bass Surfboat Marathon is not for the faint-hearted, but unfortunately the 2022 event has been cancelled due to COVID-19. Photo: Peter O’Brien.

It’s billed as the longest and toughest surfboat marathon in the world, but even the George Bass Surfboat Marathon is no match for COVID-19.

The race, which traditionally commences in Batemans Bay on New Year’s Eve and works its way down the coast over seven gruelling days, has been left high and dry by the COVID-19 pandemic that is showing no signs of slowing.

The organisers made the call to postpone the 2022 event at this month’s meeting.

“With the uncertainty around movement across Australia and New Zealand, we cannot guarantee the safety of our competitors, their families and support teams, our officials and each of our respective communities,” said a spokesperson.

“The decision was made in consultation with several key stakeholders. With the current COVID-19 situation in mind, the committee’s decision was unanimous.” 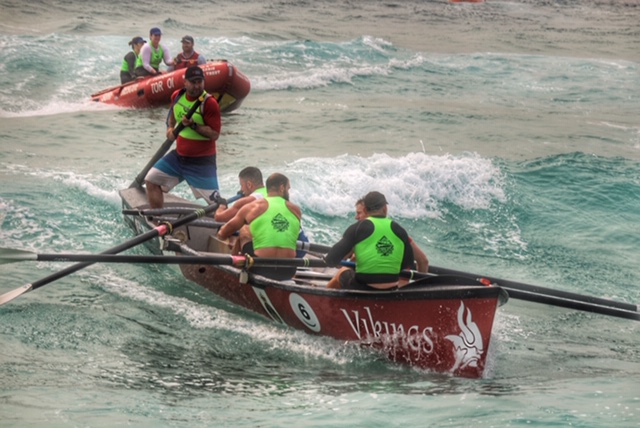 The Canberra Vikings making it to shore following the second leg of the 2020 George Bass Surfboat Marathon. Photo: Peter O’Brien.

“You can’t fault the organisers for making an early call,” he says. “So much training and preparation goes into these things so it’s better to call it early.”

The first George Bass Surfboat Marathon was held in 1975, with 12 crews competing.

The race was the brainchild of Bega newspaper editor Curly Annabel, who came up with the idea of tracing part of the journey of early explorer Surgeon Commander George Bass in 1797.

Surgeon Commander Bass, with a crew of six naval oarsman, rowed a longboat from Port Phillip down the NSW coast and around the southern end of Victoria, mapping the coastline as they went.

Mr Annabel’s idea was originally considered crazy and received no support until the then Surf Life Saving state secretary and Cronulla boat sweep Nick Dixon took up the cause.

Mr Dixon became the driving force behind recruiting initial entries and also trained and swept the Cronulla crew to a resounding victory.

The level of professionalism shown by Cronulla in 1975 is said to have become the benchmark for all future races. 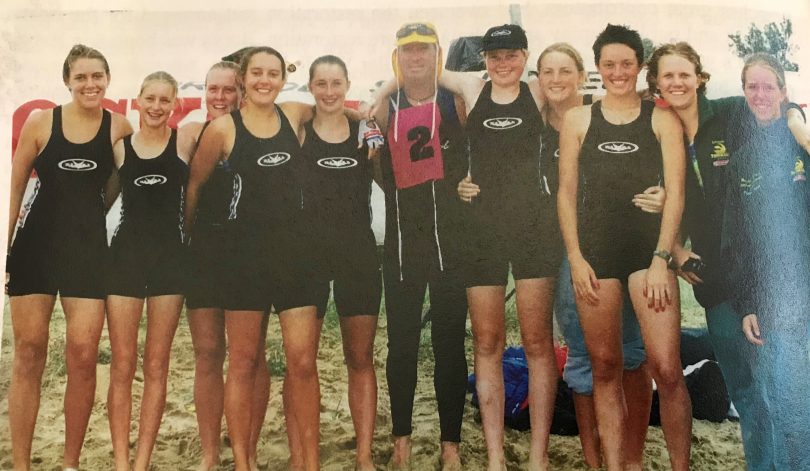 About half the fleet used sliding seats, while the rest of the crews used ‘Vaseline shorts’, which was the standard short-course method of the time.

With a couple of lapses, the race has been held every two years since, with entries coming from across Australia and overseas. Sponsorship grew, women were included in the late 1990s, and a surf ski event was added.

Canberra’s involvement began in the 1980s, when Moruya Surf Life Saving Club stalwart Bert Hunt moved to the ACT and took his love of surf lifesaving with him.

He was involved with Vikings Rugby and set about establishing the nucleus of what was to become the Canberra Surf and Lake Rowing Club.

The Canberra Vikings made history in the 2010 event, becoming the first team in 29 years to take out the marathon undefeated in every leg.

Before that, only Moruya had been able to so completely dominate the marathon, in 1981.

The George Bass Surfboat Marathon on Moruya Beach in January 2020. The race was abandoned the next day due to the Black Summer bushfires. Photo: Karyn Starmer.

The most recent George Bass Marathon was held in January 2020, but had to be abandoned on the second day as the Black Summer bushfires swept towards the coast.

“It’s disappointing and unfortunate to have next year’s event cancelled because a lot of people wanted to come back and finish what they started,” says Gavin.

“But hopefully it will be back bigger and better in January 2023.”