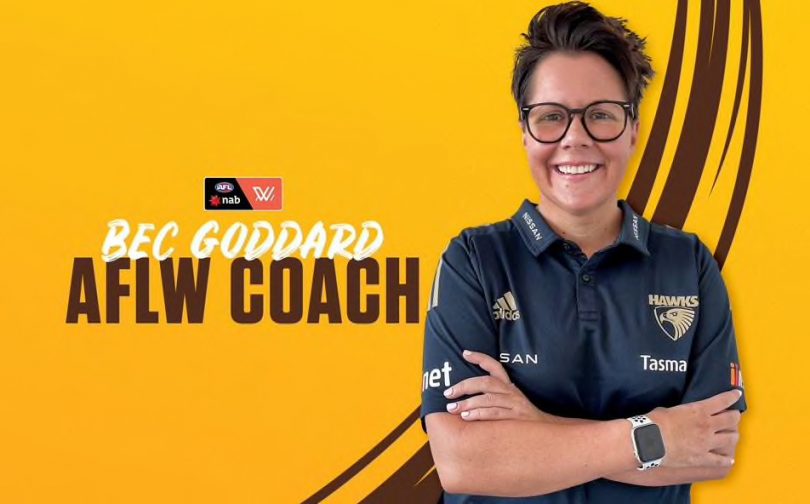 Bec Goddard will be the only female coach in the AFLW. Photo: Hawthorn.

On a historic day for the AFLW, all 18 clubs involved in the AFL will field teams in the women’s competition, beginning with the 2022-23 season – and the AFLW will welcome its first woman to their coaching ranks.

The AFL announced that Hawthorn, the Sydney Swans, Essendon and Port Adelaide had been granted licences to join the AFLW.

But at this stage, Canberra’s Bec Goddard will be the only female coach in the AFLW, after the Hawthorn Club unveiled her as their coach for the Hawks’ first season in the women’s league.

Goddard coached the Hawthorn VFLW team last season, with part of her focus on promoting female coaches, trainers and players in preparation for admission to the AFLW.

Hawthorn’s announcement of Goddard’s appointment reflects her passion for the new role.

“I’m over the moon,” Goddard said.

“We’ve been waiting for ages, so I’m so excited for our fans, our family and our friends to finally be a part of the AFLW.

“I think the best bit about it is the evolution and the shift in the footy club and how important it is for the club to have a complete family.

“Seeing how passionate and how invested everyone is in being a part of this new journey is also a very inspiring thing.”

Goddard, a trailblazer in Canberra as an umpire and coach, finally gets another opportunity after battling to secure a senior coaching role in the AFLW, despite guiding the Adelaide Crows to the premiership in the league’s inaugural season in 2017.

Hawthorn, with an eye on inclusion in the AFLW, signed Goddard to coach in the VFLW.

“The club has been fortunate enough to work with Bec over the past two years, and she has been an amazing part of our Hawthorn family.

“Confirming Bec as our coach and our leader of this new era in our history fills us with an enormous amount of pride and confidence in the direction that our club is taking. The club’s vision for the future is clear: to create a club that is successful, sustainable, socially inclusive and equally focused on both men’s and women’s programs.”

Many will readily testify Goddard is more than ready to lead Hawthorn into a new era.

The AFLWs first female coach?
What about Michelle Cowan? She coached Fremantle in 2017-18 at the same time Bec Goddard coached Adelaide.
And don’t discount Peta Searle, Coach of St Kilda 2020-21.

Well done Bec! Great to see you back in the AFLW coaching ranks!

Still don’t know who Port Adelaide is getting, i suspect the one they want is still playing.

What a great, inspirational woman. Her contribution to AFL is wonderful.

Big feather in the ACT cap. I don’t know much about the specifics of AFLW (other than the headline makers) but I have noted the improvement in the skill level since it’s first inception, which to an avid AFL (men’s) fan in the past, looked like an under 10 school comp. I have really enjoyed watching AFLW games in recent times – they just enjoy playing the game for the game’s sake, unlike their much better paid male counterparts. I shouldn’t have been surprised to see how quickly the standard of AFLW had improved, as I’ve enjoyed watching (aguably) THE best cricket team in the world for many years now and when the players from that team are available for WBBL, it makes that comp almost unmissable – the 2019 season semi finals are testimony to that – for me, two of the mosxt exciting short form cricket games I’ve ever watched. 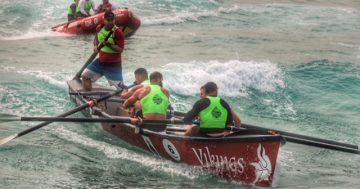