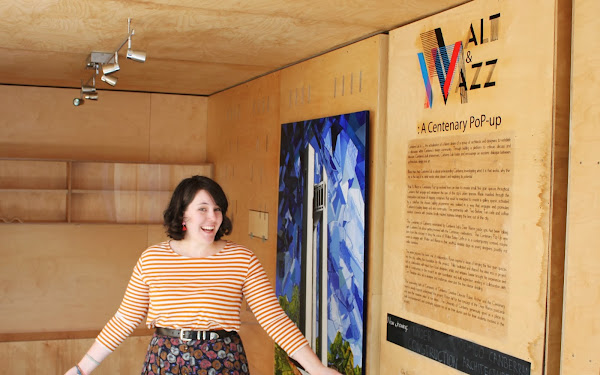 The “pop-up gallery” will feature visual art pieces by many local artists stretching across many disciplines, all focused around the idea of interpreting the Canberran landscape.

Among the collection will be several photos by regular RiotACT contributor MartyO (Martin Ollman).

The Centenary of Canberra and Masters Builders Australia will officially open a new visual art exhibition tomorrow (Friday) in a pop-up gallery installed in Lonsdale Street in Braddon.

“It’s a bustling location that will give young artists exposure that they wouldn’t get in a normal gallery. It also means that people who might not usually seek out art are exposed to it.”

The artists involved in the project are also competing for prize money, with one winner already determined and another to be decided by the public.

A panel of judges yesterday decided the winner of the non-acquisitive $1000 prize, to be announced on 14 November as part of the Master Builders Australia’s national conference on 14-16 November.

People will be invited to vote for their favourite entry while visiting the exhibition. The People’s Choice Award will be announced during the final week of the exhibition, with the winner receiving a $200 art supplies gift voucher.

Colette Robinson - 11 minutes ago
As both a pedestrian and cyclist on shared paths, I am so sick of the arrogance, double standards and behaviour of certain cy... View
Peter Major - 11 minutes ago
get then off the road would be progress View
Aleksandar Vujić - 2 hours ago
Anthony Olivera gives cyclists somewhere to ride so they don't share the footpath with people, wont give motoring enthusiasts... View
News 1

Art, Not Apart is exploding across the city on Saturday

@The_RiotACT @The_RiotACT
Multicultural Eats: Where to find the best Indonesian food in Canberra https://t.co/v5lPRYRs5P (44 minutes ago)