Looking for love in all the right places 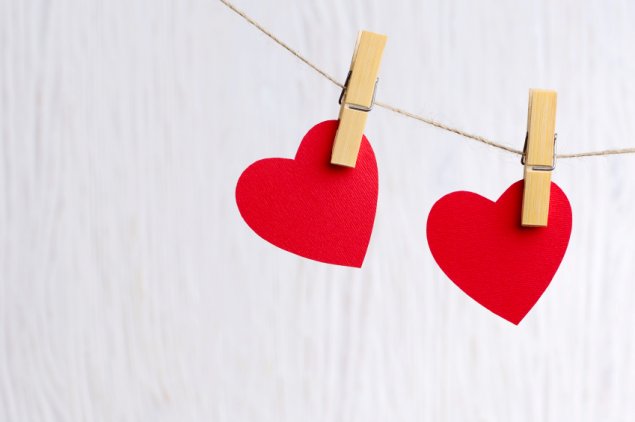 It’s Valentine’s Day today. Oh, yes, the time we cherish and celebrate our most loved one, our partner, closest friends, wife/husband or lover. Actually, we really ought to show our love and appreciation every other day of the year, but hey at least one day of the year love and romance rule over everything else.

As for the origin of Valentine’s Day, it is said that a priest by the name of Valentine was imprisoned by the Romans for conducting marriages of young soldiers when it was prohibited. He apparently fell in love with his jailer’s daughter while he was teaching her during his incarceration.

It was AD 270 when his written love note with the closing words ‘from your Valentine’ (well, surely written in Latin) was found and likely caused his execution. That first Valentine’s note apparently inspired the tradition that continues today with an estimated one billion Valentines cards sent every year, most of which ending in much the same words (minus the execution let’s hope).

So often featuring the classics of chocolates, flowers and romantic dinners and get-aways, Valentine’s Day has long been the a day for celebrating love and romance. But what about those who don’t have someone to love, and shower with gifts of affection?

Canberra has the highest divorce rate in the country, almost 60% higher than the national average. That suggests a proportional higher populous of single folk in our capital than in other cities. And, going by the flourishing activity in singles groups, meetups, and apps, many of them must be actively seeking someone to love and cherish, as there seems to be a notable rush of activity in the lead-up to V-Day.

Brett Couston, the founder of CitySwoon, Australia’s newest live dating concept, tells me that the busiest period for sign-ups for singles and dating sites, matching services and dating events for the whole year is between New Year’s and Valentine’s Day.

Apparently, it’s like the gym sign-up push following the festive season after which many want to lose the extra kilos. So January is traditionally the peak month for singles to get active in order to find a date or partner in time for Valentine’s Day.

According to Mr Couston, singles websites and dating apps record the highest sign-up numbers during this time. Their live dating events get so heavily booked right around Australia, that they have to put on extra events at this time. In fact, CitySwoon is hosted its third speed dating event in Canberra for the year last week.

That makes sense, I thought. Not only dating apps the likes of POF (Plenty of Fish), RSVP, Zoosk, eHarmony and elite singles for an example tend to experience a boost in member numbers this time of year, but dating schools are equally inundated with new students of both genders.

From my own experience (having gone to a few of these!), they tend to be all theory based and lack the actual face-to-face meeting of new people. And, if you ask me, meeting new people in real life still rates as the best way to feel out whether there is a spark or not and whether they are a potential new partner.

I mean, I have been to countless meet-ups, singles mingle events, traditional speed-dating gigs, awkward blind dates set up by friends and a host of app and online-started dates, only to find with the latter that the virtual and real version of my dates often seemed to be like two completely different people.

That’s actually what makes CitySwoon stand apart. I first went to one of its events in Sydney last year as they were not yet being held in Canberra. It is a really cool, new and refreshing concept. Once I arrived and checked in on my phone, one-by-one (about every 15 mins) I was sent my 8 dates all on the one night, and all were matched to me out of the group of attending singles. I actually met some really nice people I enjoyed spending time with. Add in an open bar, a host and finger food at half time and I must say I had a really great night.

According to Mr Couston, CitySwoon has had customers who have been doing the online dating thing for ages yet come to one of his events and meet their match. Obviously, he cannot guarantee that everyone will find their perfect match or meet them at the first event, but it seems to bump up the numbers and odds.

Then, late last year CitySwoon kicked off in Canberra with the first few events booking out so quickly, I didn’t even get my own ticket. Just shows the local singles and dating scene is well and kicking.

Being the latest concept in dating to hit Canberra, by combining the benefits of online profiles with the beauty of face-to-face dating, the unique CitySwoon algorithm has helped many a single to find their special someone.

Registering with CitySwoon and creating your online profile is free, while dating event tickets attract a cost of $49. There are several upcoming events, arranged for specific age groups starting with the 35 to 45-year-olds on February 25. For more details or to grab your spot at an upcoming Canberra event, log onto www.cityswoon.com.

To all those of you that have already found, and those that are yet to find your special Valentine – Happy Valentines Day!

Next: In my upcoming article, I will tackle the do’s and don’ts of dating, both his and hers …

Daniel Duncan - 3 hours ago
Another reason to vote Barr and his crony's out. View
Rainer Busacker - 4 hours ago
Steve Wood "Gunna-Do-Barr" sprooks a lot of things, especially now just before an election. When and if ever will he actually... View
Opinion 31