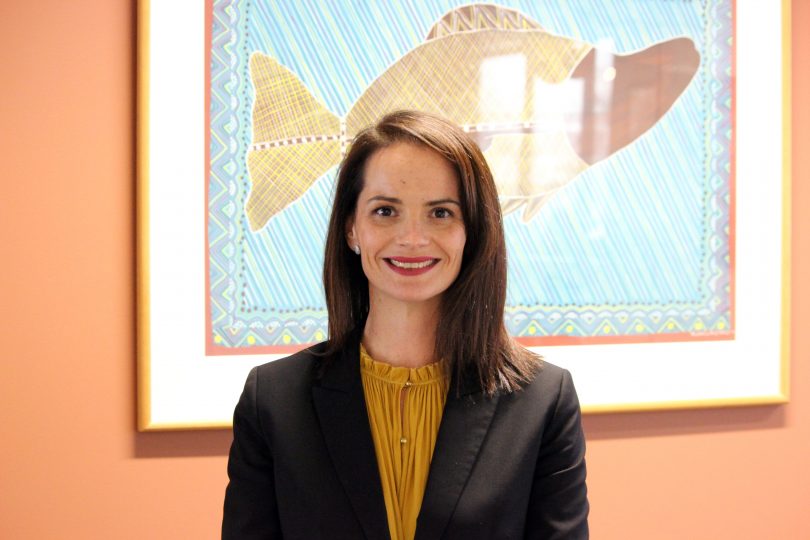 The Deputy CEO of Legal Aid ACT, Louise Taylor, will move to the bench next month with the announcement that she will become the ACT’s newest Magistrate, and its first Aboriginal judicial officer.

Attorney-General Gordon Ramsay said the career lawyer would commence her time on the bench on 10 September 2018, and would be the eighth permanent Magistrate sitting on the Magistrates Court.

Ms Taylor has over 15 years of experience as a lawyer in the ACT, including specialist experience as a prosecutor in criminal law. She has worked in the offices of both the Commonwealth and ACT Director of Public Prosecutions, and has involved oversight of the ACT’s Family Violence Intervention Program.

As the Deputy CEO of Legal Aid ACT since 2014, Ms Taylor has had direct management of the Legal Aid Commission’s litigation practice, specifically in the areas of family and criminal law.

Ms Taylor spent a significant period as Chair of the Women’s Legal Centre ACT and is currently a member of the Law Council of Australia’s Indigenous Legal Issues Committee, as well as an Associate of the UNSW Indigenous Law Centre.

A Kamilaroi woman, she was the 2009 recipient of the ACT International Women’s Day Award.

“With her wide-ranging experience in criminal prosecution and defence, particularly in the ACT context, as well as her contribution to the ACT community in volunteer roles, I am confident that Ms Taylor will make a significant contribution to enhancing access to justice outcomes at the ACT Magistrates Court,” Mr Ramsay said.

“Along with her legal experience, Ms Taylor has strong leadership skills, as demonstrated by her performance as Deputy Chief Executive Officer (CEO) of Legal Aid ACT.

“Ms Taylor will also bring the lived experience of an Aboriginal woman to the Court.”

“I welcome Ms Taylor to the ACT Magistrates Court and look forward to her continued contribution to the ACT community in her new role.”

The ACT Law Society has also welcomed Ms Taylor’s appointment and believes she will bring a “wealth of experience to the role.”

Sarah Avery, President of the ACT Law Society said: “[Louise Taylor] is also a proud Kamilaroi woman committed to access to justice for women, particularly for Aboriginal and Torres Strait Islander women. She is well-known in the Canberra legal community as a professional and compassionate lawyer, and she will be a great asset to the Magistrates Court.”

Kim F - 3 hours ago
This is another example of the Police asking for asssitance ages after the event. Bizarre ! View
franky22 - 8 hours ago
ACT Policing are a joke and hopelessly inefficient. This request for public assistance should have been made within days of t... View
News 7

A Nonny Mouse - 5 hours ago
There are EV charging systems that vary the charge rates to vehicles to avoid overloading a limited supply. These systems can... View
Capital Retro - 21 hours ago
One comment on this thread was the Australian Electric Vehicle Associate has given advice to the ACT govt. on its policy that... View
Heavs - 24 hours ago
Five superfluous words in that last sentence. View
News 1

russianafroman - 23 hours ago
Terribly underfunded. Around Gungahlin it's hip height. There should be double or triple the amount of mowers. It's not justi... View
News 33