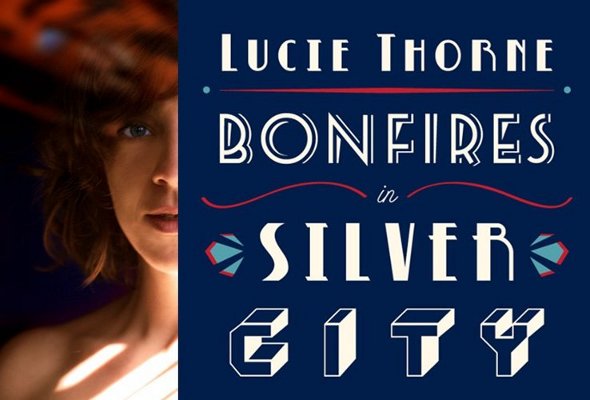 This Sunday 4 September will see the wonderful Lucie Thorne joined by The Ellis Collective for the launch of her new album ‘Bonfires in Silver City’ at Corroboree Park Hall in Ainslie.

Fresh off another stretch of touring with performances dotting the globe, Lucie’s new offerings will find a happy home in the cosy and intimate, inner-north setting. The Canberra Musician’s Club will be providing a bar service on the evening, raising funds for a noble local cause..

“I’ve been listening to three great female artists in the last month; the first two, Gillian Welch and Emmylou Harris require little introduction to most, their bodies of work substantial, their standing already verging on legendary. The third is a name lesser known, but her album Bonfires in Silver City is undoubtedly the best of all three. Lucie Thorne is one of our own, and with this album she makes a firm statement that she is one of our finest. World-class.”
— Chris Peken, Alternative Music Group

“Mitchell fans will sense a resonance of 1976’s Hejira, for many her masterpiece, in Bonfires In Silver City…. the records are strikingly similar; poetic, introspective works that have a solidity and wholeness.”
— Ian Cuthbertson, The Australian, August 2011

Ricky Gill - 26 minutes ago
Beth Stevenson is that U? View
Paul Leins - 55 minutes ago
Rheyce Spears Neither party has any interest in solving the problem. Ideologically, the current state of the housing market i... View
Paul Leins - 57 minutes ago
Sadly this is the story all around this region. Prices keep going up up up and the government has abdicated any responsibilit... View
News 3

Ross Jet Mccabe - 2 hours ago
Paul Monger That was probably the only good thing that they have introduced. View
Jackie Hattingh - 2 hours ago
On the other hand they trample and destroy habitat, causing erosion and water run off - drier = fires View
Dot Willcoxson - 3 hours ago
Di Hunter and the rubbish they leave behind. View
Food & Wine 113

Jeffrey Brown - 4 hours ago
Ahhhh those were the days. Standing in the queue and watching the odd brawl of dudes trying to prove their worth. Was normal... View
Lifestyle 8

Brian Myerson - 8 hours ago
Your article does not mention that every person in Canberra should be extremely proud that almost every year they achieve one... View
Property 17

Shane Westmore - 8 hours ago
parking outside Woolies is all 2-hour paid, it's guaranteed this'll be the same... Coles will love turning that area into a m... View
show more show less
*Results are based on activity within last 7 days

Anyone who was finding their way as a young adult in Canberra in the mid-1990s knows that a night out...
News 26

New car sales have been slumping across Australia for the past couple of years. But even so, and despite predictions...

@The_RiotACT @The_RiotACT
The Gungahlin Community Council hopes a new study results in community and recreational facilities that meet the needs of the fast-growing region https://t.co/uLNyehoql1 (16 minutes ago)