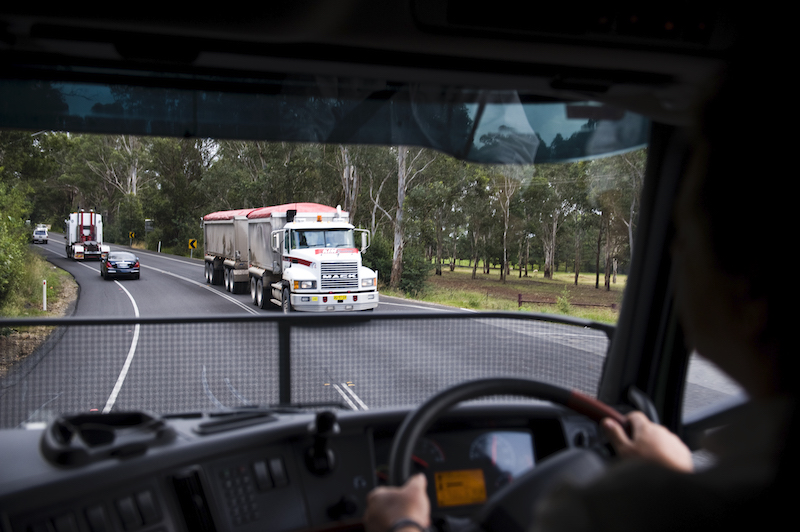 Truck drivers are in demand throughout the industry. Photos: Supplied.

As Australia’s population of 25 million people rises every minute, gleaming white trucks from Harden are so busy delivering food they need more drivers.

Madden’s Refrigerated Transport employs about 40 drivers, and could use another 30. A fleet of 25 prime-movers and up to 30 trailers are moving groceries around the clock, seven days a week.

The Australian Trucking Association says rapid growth across the industry is driving competition for drivers. The Transport and Logistics Skills Forecast 2019 says more than 80 per cent of employers are experiencing a driver skills shortage.

At Madden’s, Steve Gauci and Alan Martin work out how to give each driver a 10-hour break, where they will sleep, have meals and shower, while keeping the trucks, which deliver predominantly frozen and chilled food, on the road.

The growth comes in the face of sharp competition. “Our rates are governed by anything that goes in a trailer. We have to compete with guys taking ambient freight that don’t have a fridge motor or anything like that so we sort of absorb those costs,” Steve says. 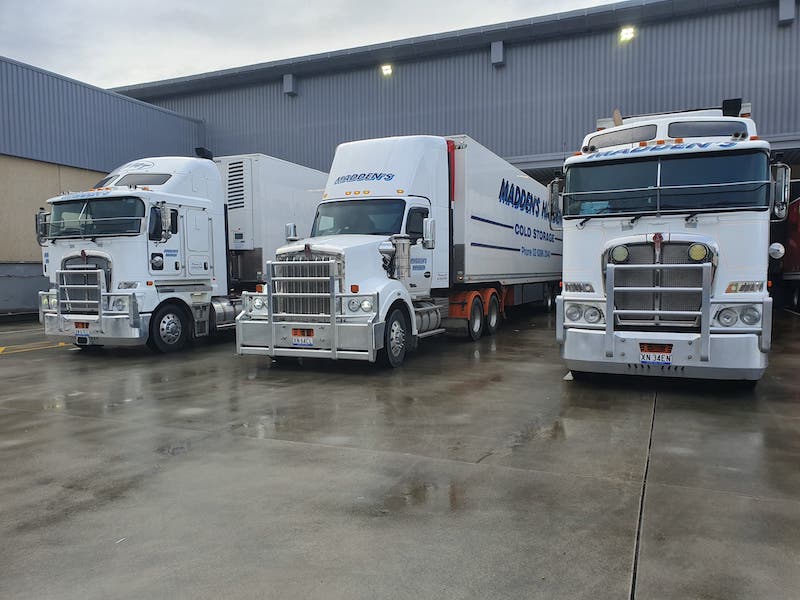 Madden’s refrigerated services are operating around the clock to keep up stock for Aldi Supermarket and McCain frozen products.

McCain Foods, one of the world’s biggest distributors of frozen foods, keeps Madden’s busy carrying frozen products from Melbourne and its main distribution centre at Ballarat to Sydney.

Madden’s supplements the interstate route with trailers out of the Aldi distribution centres and into Canberra.

“Depending on the season, we can make our way via Griffith and get fruit from there and take it back to Melbourne, that accommodates our return trip,” Steve says.

Tony Madden, who built the business from scratch more than 40 years ago in Goulburn, moving later on to Harden in 1980, continues to drive. Constantly on the lookout for new drivers, he has an introduction program for inexperienced newcomers, or drivers with a Heavy Rigid Licence that want to step up into semitrailers.

An Australian Trucking Association spokeswoman says the issue is more complex than simply not being able to find people willing to drive heavy vehicles.

She says the trucking association is addressing this with dedicated committees working on quality training, industry image and attraction strategies.

Most of Madden’s transport comprises of refrigerated trucks at the higher-end of logistics, and more expensive to run than standard curtain-lined trailers.

“It keeps us on the hop well and truly,” Steve says. He says trucks loaded for Aldi have tri-load zones, separated by insulation pads for frozen and chilled products, with ambient temperature products in the middle like soft drinks and toilet paper.

“That accommodates the Aldi products because one truck can accommodate a full delivery in one go,” Steve says.

“The good thing about being in the food industry, the population is growing, so is the demand. Maintaining the freight is OK, it is a set requirement and that is not too hard to maintain. It is the manpower, that is the key to successful businesses,” says Steve, who grew up in the Southern Highlands and moved to Harden with his wife Amy and two children 18 months ago.