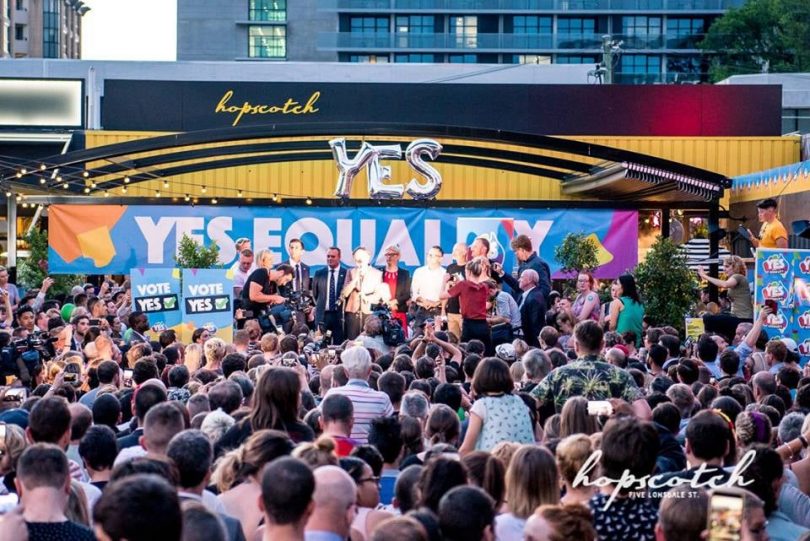 It’s a big yes to major events like Yes!Fest returning to the city centre next year. Photo: Yes!Fest.

Funding of $200,000 from the City Renewal Authority’s Placemaking Grants program will see major events, festivals and public artworks return to the city centre next year.

The Placemaking grants have been awarded since 2018, and will this year be split across four major projects – Yes!Fest, the Canberra Street Dance Festival, Reveal Braddon and Big Swoop.

All of these will take place across Civic and Braddon.

Both Reveal and Big Swoop are major public art installations.

Reveal Braddon will be in conjunction with next year’s Enlighten Festival, and large scale projected artworks are scheduled to transform building surfaces into artworks. 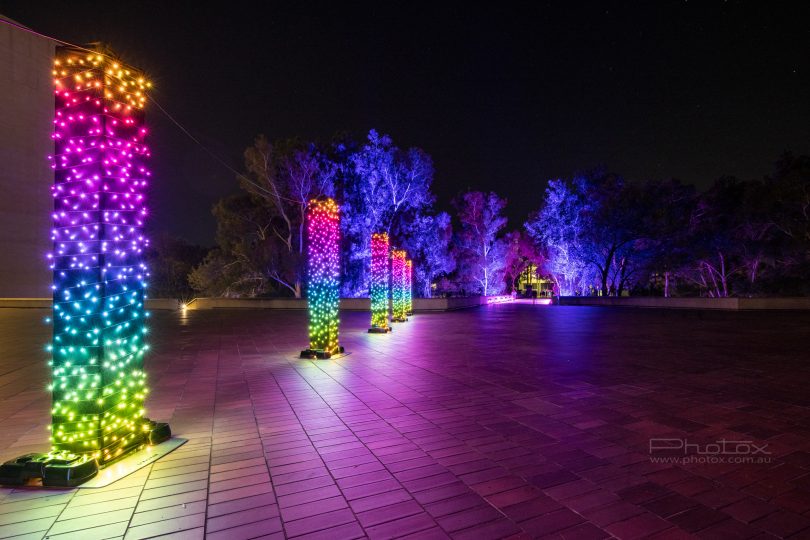 Big Swoop, on the other hand, is a large-scale artwork from Yanni Pounartzis that will come home to roost in Garema Place from March next year.

The 2.4-metre tall, 3.5-metre long sculpture of a magpie eating a chip will pay homage to the humble magpie.

With restrictions also easing, major public events are set to go ahead next year.

As usual, this will be in the heart of Braddon at the rainbow roundabout and will feature LGBTIQ+ performers, musicians and artists.

Following the success of this year’s event, the second iteration of the Canberra Street Dance Festival is scheduled for the weekend of 9 and 10 April.

It’s intended to promote engagement in hip hop and street culture in the ACT through a program of dancing, music, MCs, fashion, food, art and more.

City Renewal Authority chief executive officer Malcolm Snow said this year’s grants will be more important than ever in bringing Canberrans back to the city after months in lockdown.

“The key to creating great places is giving people more reasons to spend time in them. With restrictions lifting, we wanted to support projects that will bring people back to the city centre in 2022.”

Mr Snow was thrilled by the four applicants, which he said are exciting, innovative and showcase some of the best Canberra has to offer.

“From a hip-hop dance festival to large-scale public art, we really believe there is something here for everybody.”

Mr Snow said that in addition to strengthening connections to the city centre, the four projects will deliver significant benefits to the local economy.

“Interesting and enjoyable public spaces aren’t just good for the people who live there. They are also attractive places to work, visit, shop and do business.”

It’s not the only program of events intended to revitalise the city centre post-lockdown.

These will occur every Tuesday at 7:30 am in Glebe Park near the Gandhi statue and are intended to encourage people out of their apartments and homes into the city once more.

The mindful meditation classes will begin with yoga and walking meditation and finish with a guided meditation.

All activities will be held in compliance with the ACT’s Health Directions.

Why would the campaign for “Yes, Equality” continue because I thought is was all sorted out with that vote a few years ago.