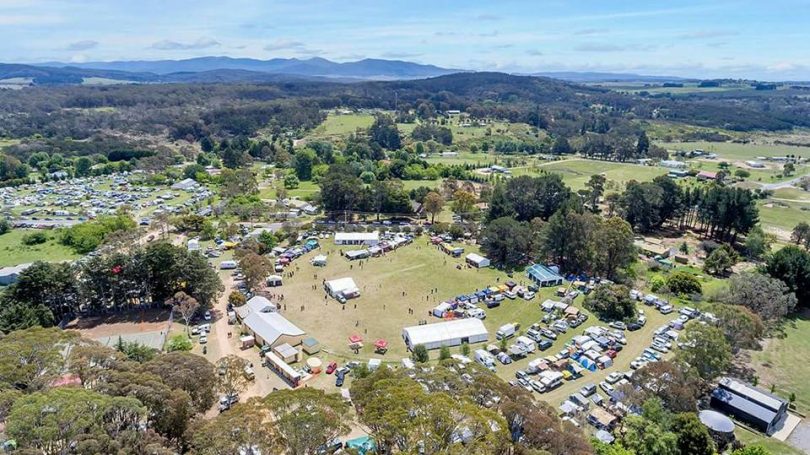 The festival site is at the Majors Creel Rec Ground, in the middle of the village. Photo: Supplied.

The village of Majors Creek will host the 25th Annual music festival on the weekend of 10/11 November.

The Majors Creek Festival (formerly called Music at The Creek), has a full programme of performances, workshops, discussions, dance and creative sessions.

You can also mix your pleasures with Yoga-Music-Wine. Flow yoga set to uplifting music, but don’t forget to bring your glass of wine and get your body warmed and ready for a night of dancing.

The Festival runs on huge amount of volunteer power and draws performers and audiences from around the country and internationally. 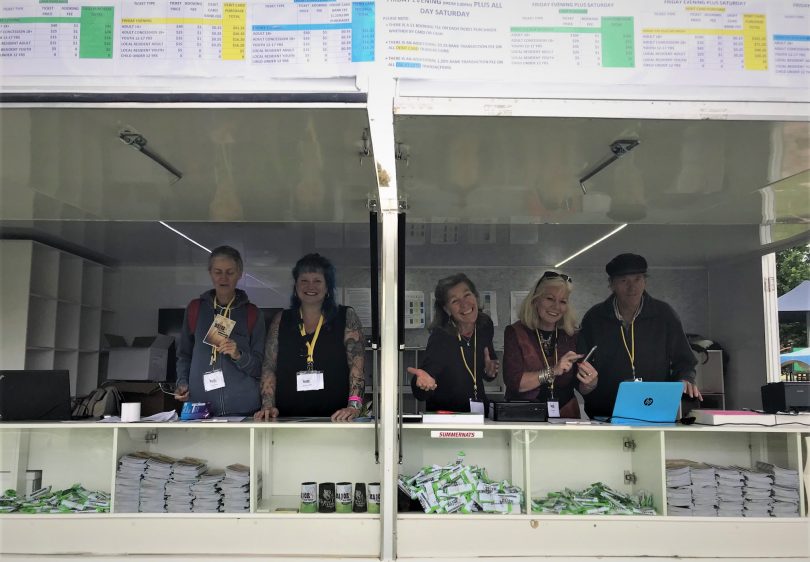 A happy band of volunteers ready to greet you at Majors’. Photo: Alex Rea.

Headline performances include This Way North, The Band Who Knew Too Much, Mr Tim and the Fuzzy Fellows and The String Contingent.

Performances include ‘The String Fiasco’ – a concert Featuring The String Contingent, Jaron Freeman-Fox & Simon Nyberg, Hoot & Holler, The Neon Effect and Whoa Mule on Saturday at 10 am. This quintet of bands has been strung together for your listening pleasure as they bridge the gaps between genres and traditions. Neck and neck on stage, they’ll scroll through some hair-raising tunes and peg a few down too.

On Sunday at 11 am, a Remembrance Day Special concert will remember Australians At War. Join Fred Smith and the band as they present a collection of songs reflecting on the experience of Australians at war. Fred, who served on Australian peacekeeping missions in the South Pacific, was the first Australian diplomat to work alongside Australian troops in Uruzgan province, and the last to leave. His album Dust of Uruzgan earned him comparisons with top-flight Australian songwriters Don Walker, John Schumann and Eric Bogle.

On Sunday at 2:15 pm story-singer Daniel J Townsend will present a special themed show about place: Songs about a place or for a place. Songs about home or a longing for home. Songs that make a place.

Majors Creek local, Mikelangelo, returns with a night of Rock’n’Roll to kick the festival into gear and get you up and dancing. Together with his band, Spectres Of Love, Mikelangelo will play up a storm of rockin’ roots originals sprinkled with some classics from Elvis, Bo Diddley and Howling Wolf. You can also catch him at the wrap party at the Pub.

Sparrow-Folk are Australia’s own “sirens of satire” and the only confirmed glam-folk band. Combining heavenly harmonies and cheeky lyrics, Sparrow-Folk are the adorkable queens of the overshare.

A number of environmental sessions include a presentation by Mal Williams about Wales, which has gone from being one of the worst nations in the world for recycling to current second best behind Germany through strategies and systems developed by Mal and his colleagues.

Gerry Gillespie will present ‘Feral Fish and Food as Fertiliser—Making Biofertilisers’—A workshop to help you learn how to make biofertilisers at home using simple ingredients.

‘Understanding your soil’ will address issues such as soil management and biodiversity, landscape and water management, food security and ongoing production. How to use composts and biostimulants on your land. 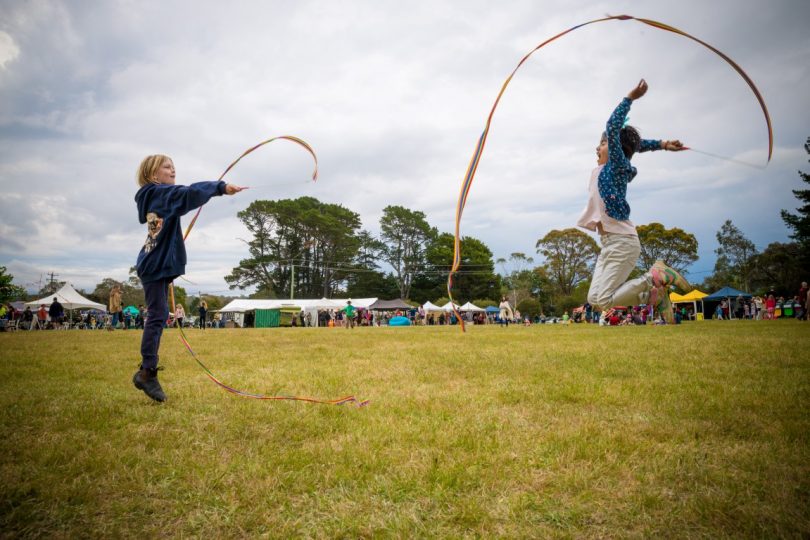 There’s plenty to keep the kids entertained at the Festival. Photo: STUR Photography.

There is also plenty to do for kids. Over the weekend kids can attend Kids Yoga, Djembe Forte high energy West African moves, Maypole with Molly, Flower Garlands and mandala workshops, entertaining acts such as Lumo the Musical Magician, interactive performances, Storytime, early childhood developmental music programs and Japanese weaving. There will be a kids talent show at 11 am on Sunday.

Food and beverages are available on-site. 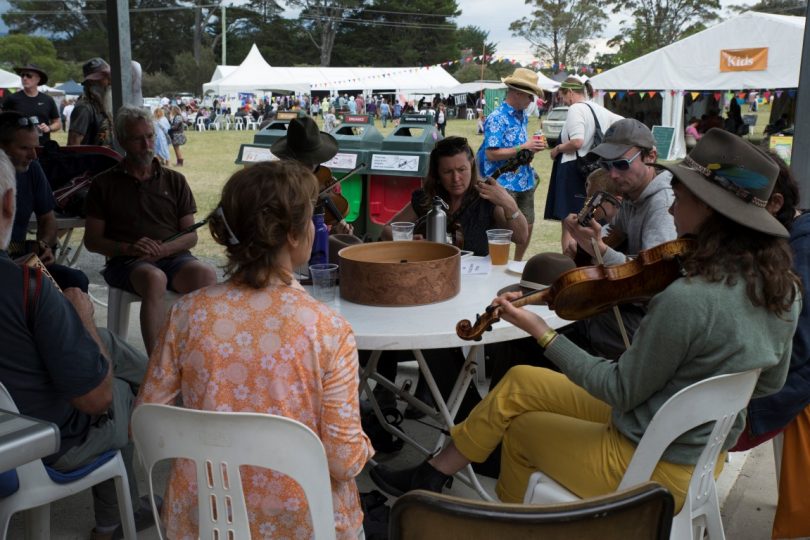 Clare Hyden - 52 minutes ago
Mark Rogers ummm 20,000 through the gate each day. View
James Kelly - 7 hours ago
Health minister impressed… bro I got covid there View
Mark Rogers - 7 hours ago
The event organisers clearly stated it was not limited to 20,000 a day. It was 80,000 overall. So some percentage of that was... View
Opinion 375

Compassion on display at this year’s Four Winds Festival