Buying or selling?
Get the right advice 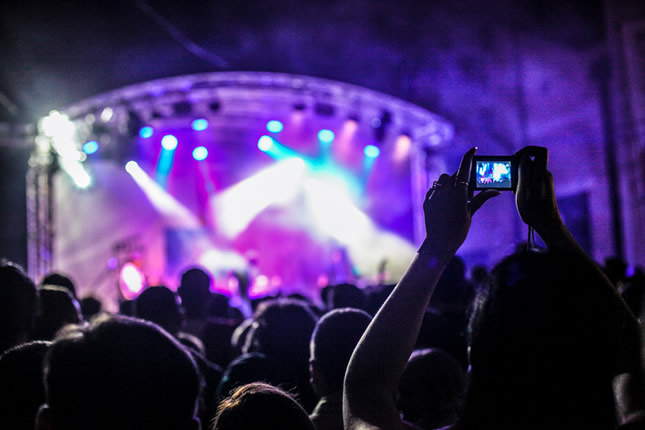 The weather is getting warmer and the nights are getting longer. If you are a young person you are likely to be turning your mind to music festival season. It may be a surprise to many older residents that with festivals such as Spilt Milk and Gooving the Moo, Canberra is a serious destination on the national music festival calendar.

Along with the music and dancing, we know that there is a significant number of young people that will take this opportunity to experiment with illicit drugs. While authorities have used a law enforcement approach to minimise illegal drug use at festivals, we still saw six young people lose their lives at festivals due to drug use in 2015.

These deaths were not inevitable. While individuals made a bad choice, it wasn’t necessary that these young people paid for this with their lives. The reality is that it is fear, ignorance and a lack of political will that is stopping us from introducing measures that could better protect young people. We choose not to introduce things we know will work merely because we are afraid it will send the wrong message.

Pill testing at festivals is a cheap, effective initiative that is used in countries around the world to educate, inform and support young people to make better decisions when it comes to taking drugs. Pill testing is offered after an individual has made a decision to take drugs, and provides a proactive opportunity to engage with those who are already fully intending to take a party drug. It provides an opportunity for trained experts to provide information about the quality and strength of drug a young person might be considering ingesting, provide information about the risks of drug taking, and inform people of supports for those who need help.

This was an issue discussed during the recent ACT election. While the ACT Greens called for the introduction of pill testing at festivals, the Labor Party confirmed that this was ‘not an endorsed government approach’ and the ACT Liberal Party suggested that it ‘effectively allow illegal drug dealers to certify their dangerous products’. It was a very disappointing demonstration of the inability of the major parties to move beyond rhetoric and work with experts to create a framework that could enable legal pill testing.

My children are yet to begin to navigate those challenging teenage years, and I look towards that future with a little bit of terror as well as excitement about the time that I won’t be able to keep them safe. I don’t want my kids or their friends to ever take drugs. I need to be realistic however, and I know that no matter what I say, or how good my parenting is, they might. As such, I need approaches that will support my role as a parent, and need our decision makers to create environments that minimise harm, and support our young people to make good and informed decisions.

Earlier this year, some advocates suggested that they would consider risking arrest and provide drug testing at a Canberra music festival this season. Wouldn’t it be so much better if we could see our politicians sit down with the experts and create a framework to enable them do this legally? We don’t have much time, and there are young lives that are in the balance. If we can lead the country in regulating Uber, surely we can show leadership in this area and make this happen.

Tamsin Walkden - 1 hour ago
Lorraine Welling Well said. View
Ashley Wright - 8 hours ago
Sharvi Tinnlonga QBN people can agitate all they like, but I am sure the NSW government isn’t going to provide one cent for... View
Ashley Wright - 8 hours ago
Alan Dalling where have you seen plans to say the T2 lanes will disappear? Everything I’ve seen shows it using the median s... View
News 28

Susie Edmonds - 3 hours ago
It was never going to have the wide parameters it needs...thats why it is such a waste of tax payer dollars... View
Mathew Ryan - 17 hours ago
Yep, what's he scared of, the truth? View
Jim Hosie - 18 hours ago
Robyn Holder really? So why won’t Victoria release it’s fuel load management plans? Don’t stress so much Robyn, all wil... View
News 19

Leo Menssen - 3 hours ago
If anti-consorting laws don't work why are there so many bikie gangs in Canberra now? View
Shannon Crocker - 5 hours ago
How is comparing bikie violence to 'all crime' useful. How about comparing bikie crime now to 5 or 10 years ago? View
Julian Hayes - 16 hours ago
Canberra has never been serious on crime look at the jail its a methadone clinic and holiday home. View
News 82

Zorica Burns - 5 hours ago
You are all legends, God bless. View
Margaret Tuckwell - 17 hours ago
It was a great initiative set up by lovely country folk. View
Opinion 28

bd84 - 18 hours ago
It’s not the system that sets children on the path of lifelong disadvantage, trauma and instability it’s the drop kick pa... View
Lifestyle 7

Rebecca Mary - 19 hours ago
Crez Jamee oh I want to watch a midsummers nights dream but I don't know if we will get there in time :( View
show more show less
*Results are based on activity within last 7 days

UPDATED: The Bureau of Meteorology (BOM) has forecast possible large hail and severe thunderstorms across the ACT and southern region...
News 157

@The_RiotACT @The_RiotACT
Want to make this the year you use water more responsibly? #IconWater has lots of easy things we can all do to reduce consumption https://t.co/NCx8GDOneA (1 hour ago)

@The_RiotACT @The_RiotACT
Down the coast for the weekend? Here are seven "crazy good" coffee stops to try from Mogo to Narooma https://t.co/ecsTxyKRBW (2 hours ago)