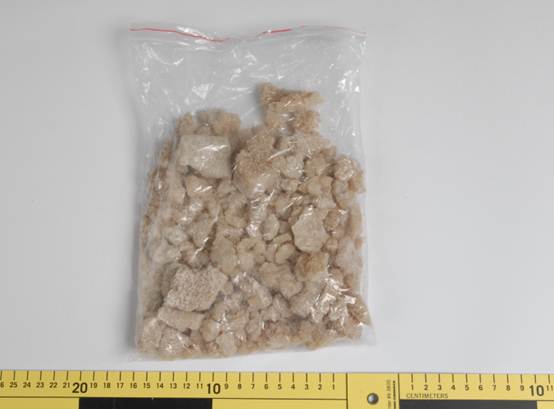 Between 13 June and 7 August, the AFP was alerted to several packages that were intercepted by Australian Customs and Border Protection Service which contained border controlled drugs.

On 7 August, a Canberra hotel received a similar suspicious package and alerted Police.

Police took possession of the package and deconstructed it to find 496.3 grams of what appeared to be Methylenedioxymethcathinone (MDMC), an analogue of Methcathinone.

The man attempted to retrieve the package at 9am on Friday morning and was arrested by police a short time later.

Police executed a search warrant on the man’s house in Wright, seizing a number of items of interest.

The man was conveyed to the City Police Station and charged with importing a border controlled drug. He will face the ACT Magistrates Court this morning.

Annie May - 52 minutes ago
Can't the government even Build tiny houses? So sad .... View
Peter Doyle - 8 hours ago
What has covid done this View
Kelly Emblen - 10 hours ago
Nada Krstin the one in Queanbeyan is for both View
Community 3

assiduous - 6 hours ago
The ACT government is culpable for expensive housing in the ACT. Government spending on support programs is treating the symp... View
Food & Wine 17

whatwik - 8 hours ago
Another recommendation for the food, coffee, and service at Kopiku at O'Connor (we were there again today). And a bonus - the... View
Daniar Robinson - 9 hours ago
Good article. If you miss Indonesian food or would like to try, there are 3 now in Canberra (that I know) Good Life Food , Ki... View
Property 3

Oiledpengu - 9 hours ago
You’d be crazy to believe this is the only person doing this. View
Brianna - 11 hours ago
I am so tired of ignorant and selfish people travelling from Sydney to Canberra. Stop putting us at risk!... View
Property 2

Oiledpengu - 9 hours ago
Make the golf course smaller, then less people want to play there. Then sell off more land to help pay the bills. Sounds like... View
Lifestyle 11

Debbie Lizars - 11 hours ago
Pete Macca the reason the fines are that high is because they are parks provided for people that cannot manage to mobilize wi... View
Perry Burns - 13 hours ago
We don’t learn much if we only listen to those who agree with us, so Perry and I want to thank everybody who cared enough a... View
Bill Gemmell - 14 hours ago
Perry Burns I will add that the stiffness of the penalty is designed to deter people from committing the offence. In your goo... View
Community 6

Natalie Gilbert - 11 hours ago
Leanne Heffernan that’s how I did my lambs. Although regretfully it took me a few days before I realised this was better th... View
News 7