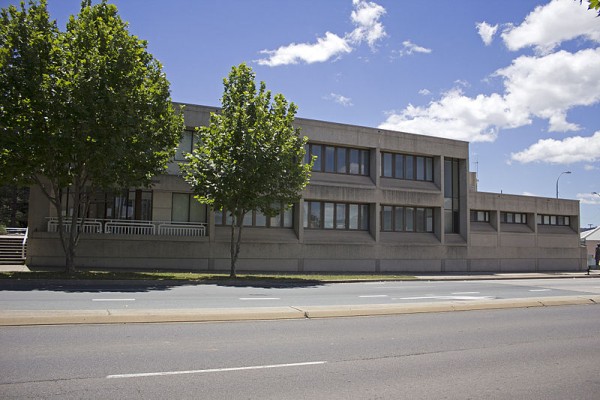 The man charged over the daylight murder of Aaron Baxter in Queanbeyan on Boxing Day 2019 was denied bail when he appeared in court briefly on Tuesday (2 March).

Alan William Delaney, 52, has been accused of assaulting Mr Baxter, 46, in Trinculo Place under Queens Bridge in the centre of the town at about 8:30 am on the morning of 26 December 2019.

Last year, NSW Police said initial inquiries showed Mr Baxter had been approached by another man and was alleged to have been repeatedly punched before he collapsed.

Paramedics treated him at the scene before being taken to Queanbeyan District Hospital where he later died.

Police established Strike Force Jinalee to investigate the circumstances surrounding his death and examined crime scenes on Trinculo Place and a nearby hotel.

Mr Delaney was arrested at his home on Lowe Street, Queanbeyan, a day after the alleged attack. He was initially charged with manslaughter. The charge was later withdrawn and replaced with a charge of murder.

He also faces charges of assaulting Mr Baxter and having custody of a knife in a public place while on Lowe Street.

Mr Delaney appeared via audiovisual link in the Queanbeyan Local Court on Tuesday as he is being held in custody at the Long Bay Hospital, a health care facility located in the Long Bay Correctional Complex in Sydney.

Kim Stanley from the NSW Director of Public Prosecutions told Magistrate Joy Boulos that a case conference had been scheduled to take place, but from her understanding there were some “mental illness issues that need to be resolved”.

Mr Delaney, a bald man wearing a green shirt and large glasses, barely spoke during the hearing. He has not yet entered pleas to his charges.

Magistrate Boulos adjourned the matter to 4 May. Bail was not applied for and was formally refused.